Political crisis in Italy: Draghi exit, or is there another way out? 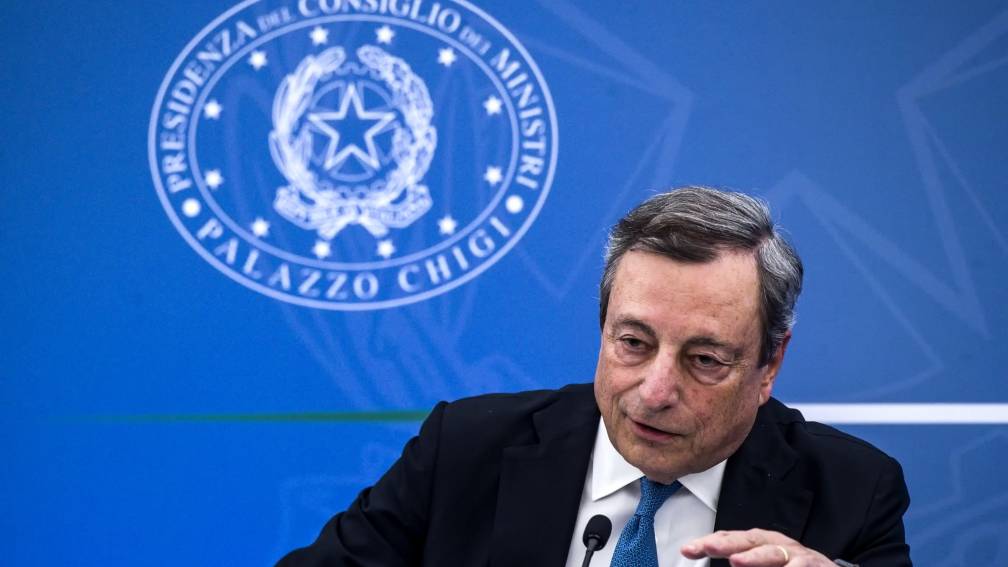 The Italian president decided not to accept the prime minister’s resignation. He sent Draghi back to parliament to see which rifts still need to be glued. Can the Prime Minister still get the parties together? Or will the government of ‘Super Mario’, which had to get the Italian economy back on track after the corona crisis, come to an early end?

In Italian politics, famous for its capriciousness, there are also few certainties at the moment.

How the crisis started

First, let’s go back to the cause of the government crisis. The senators of the Five Star Movement, led by former Prime Minister Conte, failed to turn up yesterday for a vote on a support package to help Italians with inflation. Because the party had been thwarting government decisions for some time, Prime Minister Draghi also linked a vote of confidence to that vote. Because of that absence, the Five Star Movement practically withdrew its support for the government. It closed the door for Draghi.

It was not a question of numbers: even without the Five Star Movement, the Draghi government still has a large majority in parliament. Draghi was about principle. In the aftermath of the corona crisis, he wants to implement thorough reforms in areas such as competition law, the civil service and the judiciary. The prime minister does not want to do that without the largest possible political majority.

Judging by what politicians have been saying in recent weeks, there is only one outcome at the moment: snap elections. “If the Five Star Movement does not participate in the vote, we will give the floor to the Italians. Then we will go to the polls,” said Matteo Salvini of the ruling party Lega a few days ago. Enrico Letta of the Democratic Party had also directed this.

But a coup de théatre, a surprising twist, is never far away in Italian politics and politicians are not afraid to backtrack on their word. That is why there are more scenarios on the table. In the coming days, government parties will discuss internally how they want to proceed.

It could be that the Five Star Movement eventually wants to continue. Their faction leader in the Senate hinted that yesterday. Much also depends on Lega leader Salvini. He has to assess whether early elections will boost his party’s popularity or not. In the polls, Lega is currently losing out to the even more right-wing party Fratelli d’Italia, which has been the only major party in opposition lately.

The end of Draghi?

Should it come to the end of Draghi’s reign, that would be bad news for Italy. The prime minister has guided the country through the corona crisis with a firm hand and has set up a solid plan to thoroughly reform the country with 750 billion from the European corona recovery fund. In order to get that money, interim deadlines have to be met. Political stability is indispensable for this. The same goes for tackling the energy crisis, the extreme drought and the war in Ukraine.

Moreover, Draghi, former president of the European Central Bank, also radiates a lot of confidence internationally and Italy is taken very seriously in Brussels under his leadership. The announcement of his resignation yesterday sparked unrest in the financial markets.

The way out of this political crisis is still highly uncertain. Italian media are calling yesterday’s events “the first half”. Next Wednesday, “the second half” will be played: then Draghi will give a speech in parliament, in which he explains his resignation. A new confidence vote may then follow.

Only if all government parties confirm their confidence, it could be that the prime minister will reconsider his decision. Given the importance of political stability for Italy, it is not inconceivable that politics will show its most flexible side. This way the departure of Draghi in the extra time can still be prevented.