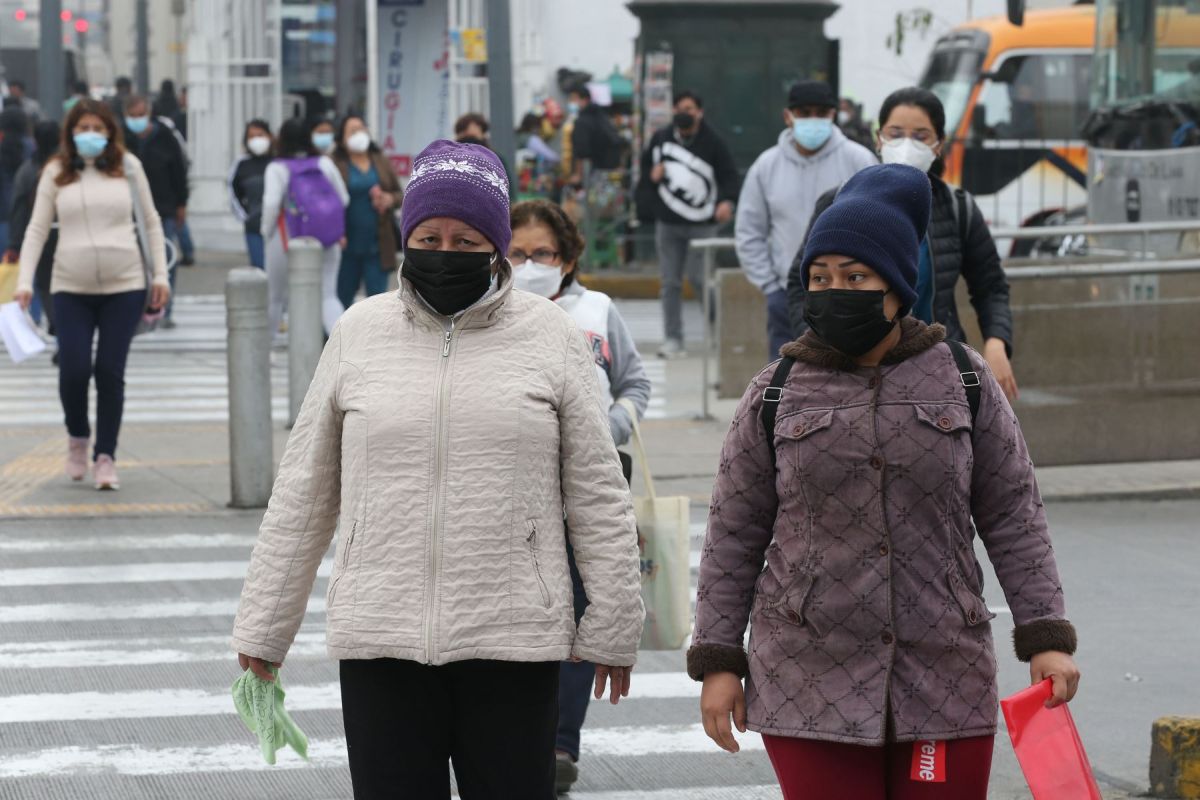 Everything indicates that the people of Lima will be colder every day and will have to continue wearing their warm clothes. The National Service of Meteorology and Hydrology of Peru (Senamhi) warned that between this Thursday, July 14 and Saturday, July 16, strong winds will be registered in the capital, while temperatures will continue to drop in the remainder of July and August, although not in the values ​​of last month, when it fell to 8.4 degrees in the district of La Molina.

This was confirmed by Benito Valderrama, spokesman for Senamhi, who also warned that there will be more humidity, fog and drizzle. In statements to the América Noticias newscast, the specialist noted that, although on some days and districts there could be sunshine, like last Tuesday, he asked the people of Lima not to lower their guard and stay warm.

Regarding humidity, he explained that some days already dawn with 90% or 95% humidity in some areas and it is likely that in the coming weeks it will reach 100%.

In turn, Valderrama reported that currently the surface temperature of the sea off the coast of Lima is 15 degrees, a value lower than normal, which generates a drop in temperature in the coastal districts.

In recent weeks, a cold has been felt in Lima that has not been recorded for a long time, reaching record temperatures in some cases. La Molina, San Juan de Lurigancho and other peripheral districts are the ones that suffer the most from this inclement weather.

But what is the reason that temperatures have dropped so drastically? This is due to climate change that is part of a spectrum of changes that occur on a global scale and that cause different alterations, both in temperatures and in atmospheric precipitation, hence its interrelation with low temperatures in Peru and with the generation of different damage to people’s health.

At the close of this report, Lima presents a temperature of 16 degrees Celsius, which reflects cold, a little wind and people are seen wearing their coats in the streets to avoid contracting respiratory diseases.

The National Service of Meteorology and Hydrology of Peru (Senamhi) reported that from this Thursday, July 14, the drizzles in Lima and Callao will increase.

“Drizzles are expected this week, overcast skies during the day, and the average maximum temperature is 17°C. The humidity in the first hours is over an average of 95% and with quite light drizzles”, detailed the engineer Raquel Loayza in a dialogue with TV Perú Noticias.

In turn, he assured that the drizzles will increase in the coming days. “They are even going to increase more from 14 (July)″. Along these lines, he explained that the drop in temperature is due to the increase in winds from the south and La Niña Costera. “This girl brings us quite a bit of moisture. If the sea is cold then the air, the environment is cold”.

The nights on the coast and mountains will be very cold, assured SenamhiSenamhi forecasts heavy rains in the Peruvian jungle due to the arrival of the coldEmployment: growth expectations remain moderate for the third quarter of the year