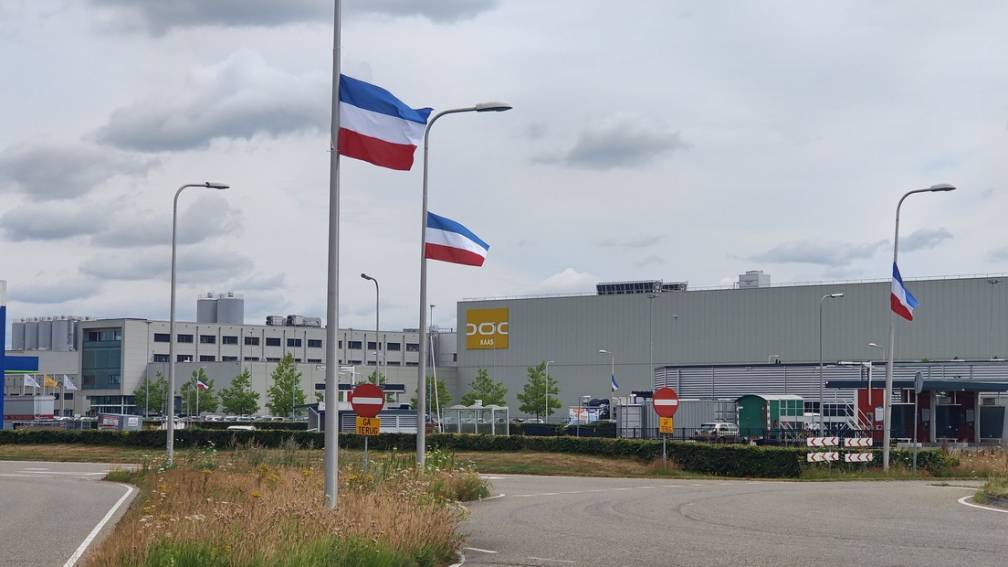 Rijkswaterstaat is going to remove the upside-down flags of the farmers’ protest along and above highways. “Not because the service agrees or disagrees with the farmers, but for safety,” said a spokesperson.

Those who drove on the highways in recent weeks saw Dutch flags hanging upside down in more and more places. Especially on viaducts. “They can’t be properly attached and fall off. And they also create a distraction for traffic.”

If a road inspector comes across such a flag and can remove it himself, he or she will do so. If they are in a place that you cannot reach, such as on a lamppost or a traffic light, they will be notified. Rijkswaterstaat then engages a contractor.

Rijkswaterstaat cannot do anything about flags hanging on land or on buildings next to the road.

The municipality of Hoogeveen says that flags that are hung there on municipal properties such as lamp posts, traffic lights and buildings must be removed before 2 p.m. Friday. The message on Twitter includes a photo with a flag on a lamppost.

The municipality tells Omroep Drenthe that it understands the situation of the farmers. “Farmers who also want to talk to the municipality are cordially invited.”

The municipality of Oldebroek in the Veluwe already decided on Tuesday to remove flags from lampposts. Mayor Tanja Haseloop-Amsing did this after a question from the city council and a “rather emotional message” from a resident about what the Dutch flag means to her. “I fully understand the farmers and do not want to act in their right to protest, but not on municipal property.”

The mayor then received many curses on social media. “I did not see that coming in those numbers. Precisely because we are in very good discussions with farmers’ organization LTO. In Gelderland, we want to reduce nitrogen emissions not only among farmers but also among other emitters. It is also an agreement that we do this together. Then it is very strange that there is such a strong reaction. I am shocked that the reactions came from all over the country.”

There were also messages that she does not perceive as threatening, but as intimidating. Like the message to “hang” oneself to a lamppost. She shares these kinds of messages with the police. “Borders are being crossed. The climate in our country is not getting any better. If such a message is written down as advice, the question is whether that is punishable. But if employees and directors feel intimidated, you must make that known. .”