América Hoy: the before and after of the hosts Janet Barboza, Brunella Horna and Ethel Pozo 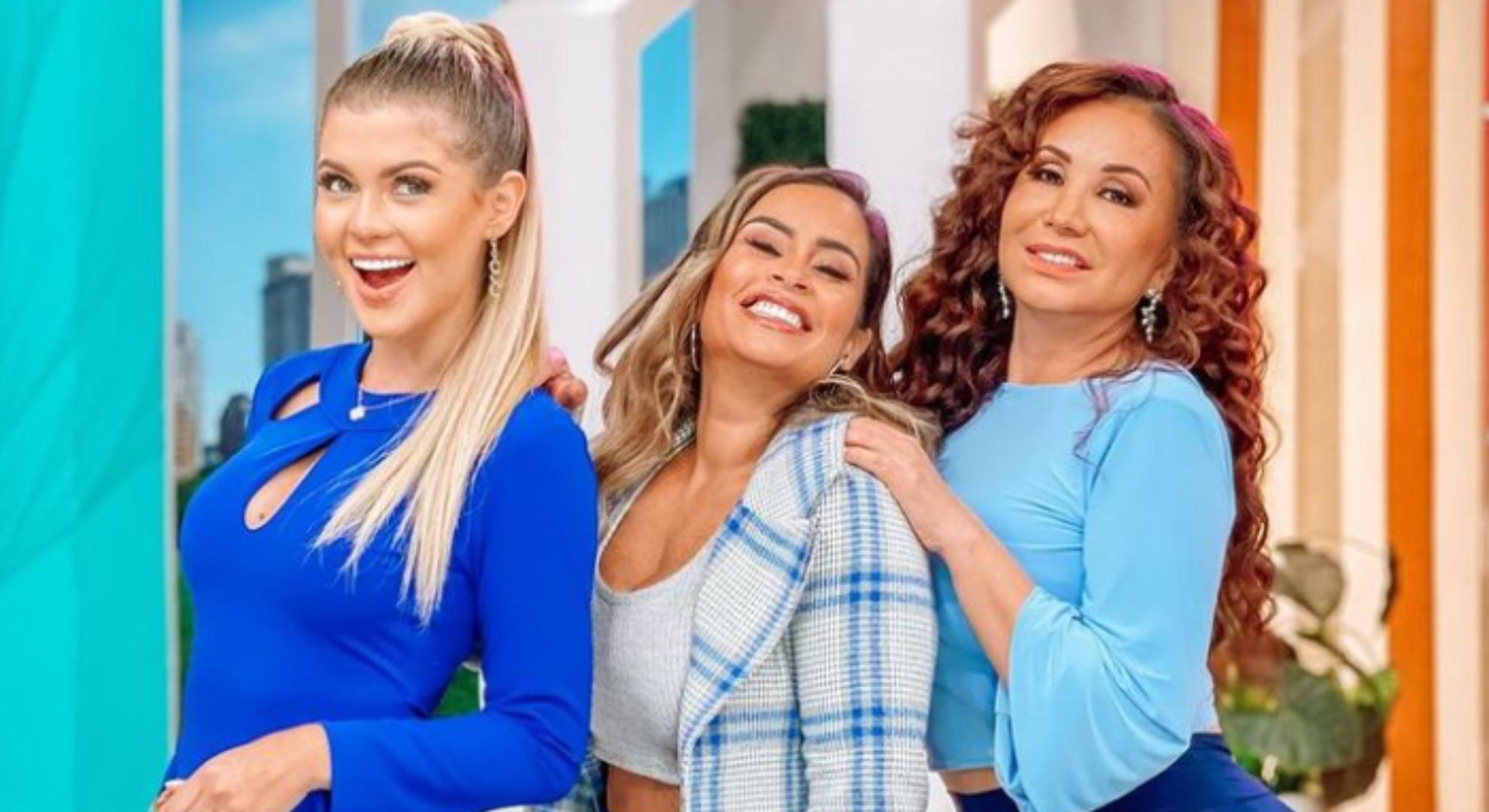 Ethel Pozo, Renzo Schuller, Natalia Salas and Edson Dávila “Giselo” came to the screen in 2019 with the program El show tras del show, whose name was changed to América Hoy in 2020. After the season ended, the space returned in the 2021, this time with the participation of Gisela Valcárcel’s daughter, Janet Barboza and Melissa Paredes, the latter being withdrawn because of an ampay with her dancer Anthony Aranda, when she was still married to the soccer player Rodrigo Cuba.

The program closed its stage with only two hosts and the co-hosting of Christian Domínguez and Edson Dávila. However, he returned this 2022 with his new edition. Much was speculated about the new cheerleader, who would arrive to take the place of Melissa Paredes.

YOU CAN READ: Ethel Pozo revealed that she was in love with a former member of Menudo: “Yes, I was with one of them”

After the great expectation, Brunella Horna entered the stage amid drums and cymbals. A young blonde would be part of this new group that seeks to entertain in the mornings. As the days passed, the former member of Esto es Guerra managed to get along with her companions. Today they show off her talent and beauty, the one that has evolved over time. Here’s a review of their careers and what they looked like before.

The host of América Hoy is very different from what she looked like outside of television. Nowadays, she takes great care of her diet and she cares more about exercising. In past photos, when she was captured only as Gisela Valcárcel’s daughter, she looked overweight and slightly neglected. Recall that the 41-year-old presenter grew up knowing what fame is thanks to her mother, who was one of the most sought-after vedettes of her time, as well as being one of the most successful TV hosts on the small screen.

Ethel Pozo ventured into driving in 2017, in the reality show My mom cooks better than yours, along with Yaco Eskenazi. In 2019 she forms, at the same time, a new morning program, called The show after the show, which changed its name in 2020 and was called América Hoy, a program produced by her mother Gisela Valcárcel. In 2022, she returns with My mom cooks better than yours, in a new version called In this kitchen I rule.

She was married to Fernando Garabán and with him she has two daughters, Doménica and Luana. After divorcing her, she had a relationship between 2014 and 2018 with actor Franco Cabrera. Currently, she is a couple of Julián Alexander, brother of television producer Michelle Alexander, with whom she is about to marry. 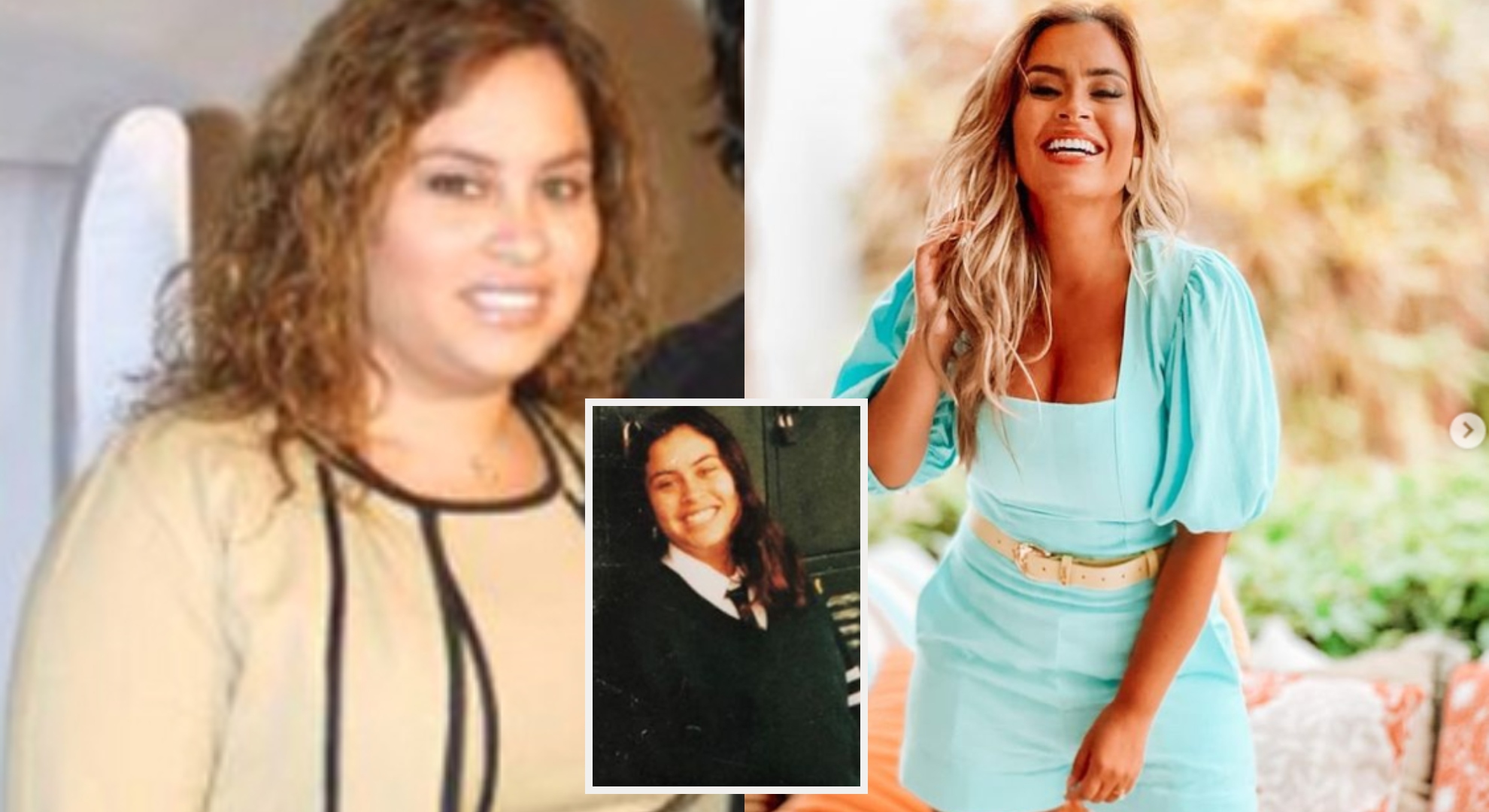 Brunella Horna began her modeling career when she was just 14 years old. While she studied, she shone on the catwalks. The young woman from Chiclayo began her stage on television as part of two reality shows. The first was Bienvenida la Tarde, a program hosted by Laura Huarcayo and Arturo Benavides, in the role of Niño Arturito.

In this reality show, his private life was exposed a lot, where the public lived the comings and goings with his then partner Renzo Costa, until they finally ended. Even her statement where he asks him to forget about her goes viral, becoming a song.

Later she was invited to many programs, her next reality being This is War. However, not being one of the most outstanding competitors, she did not last long in the América TV space.

At the same time, she was a prosperous businesswoman, having several stores to her credit. After being a panelist on several programs, including En Boca de Todos, she was called to be part of América Hoy, in 2022, where she currently works.

Regarding her physical changes, the blonde assures that nothing has been done to her face, however, she has accepted that she has had some operations done on her body. 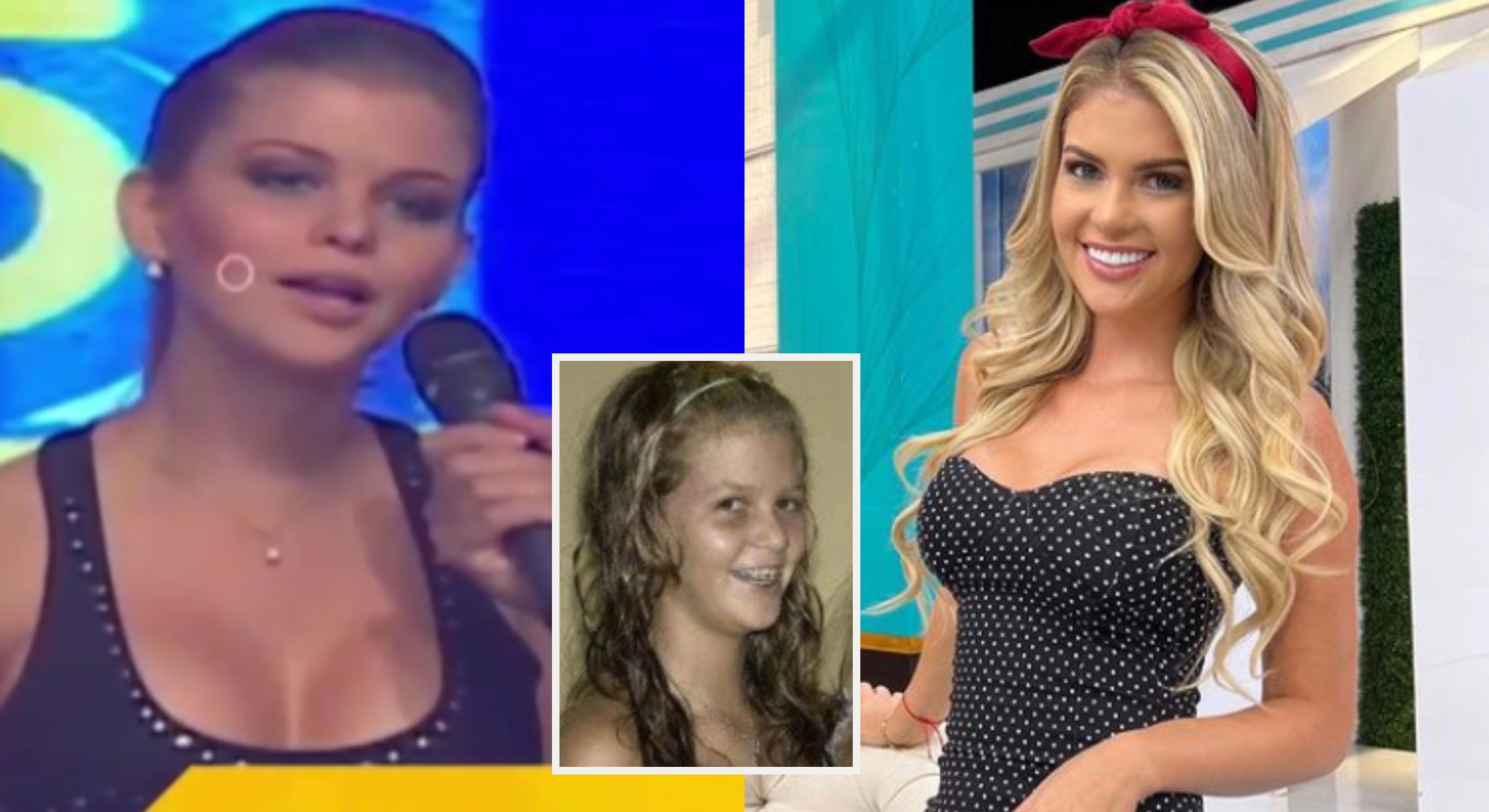 Brunella Horna looked like this when she just entered TV. (Photo: Composition Infobae)

Janet Barboza is one of the drivers with the most experience between Ethel Pozo and Brunella Horna. She is a host, announcer and has ventured into acting. Her TV figure began her career on television at the end of 1990 in a humorous program by Tulio Loza. She then became the host of the program Muévete con Jeanet, which made history by making visible the new trend of national artists and singers, mostly dance music, which allowed it to be broadcast in prime-time. It was broadcast for 11 years.

She was part of numerous programs while developing as a businesswoman, she was in charge of musical productions as well as her own spa. In 2020 she returns to hosting with América Hoy, a space that gradually consolidated in the schedule. On the show, Janet is one of the most incisive hosts, tasked with asking the awkward questions.

She currently has a relationship with Miguel Bayona, ten years younger than her. She recently confessed that her relationship is going through a crisis, because it is difficult to have a long-distance romance. He lives in the United States.

As we can see, physically, the change is quite noticeable. Not only because the years go by, but because the driver has undergone some surgeries to improve her appearance. Given this, the TV host has not hesitated to speak openly on the subject.

“I have had rhinoplasty, I have removed implants and raised them a little, they have given me a fat graft here (bottom) and I have sucked my hips three times because I have a lot. They have removed fat from my hips”he indicated in Válgame, also emphasizing that he does not use botox or any type of filler on his face.

“I have used botox until three years ago and I stopped using it because I had a pretty severe facial paralysis. I have also put vitamin C and hyaluronic acid when one has lines, stem cells”narrowed down 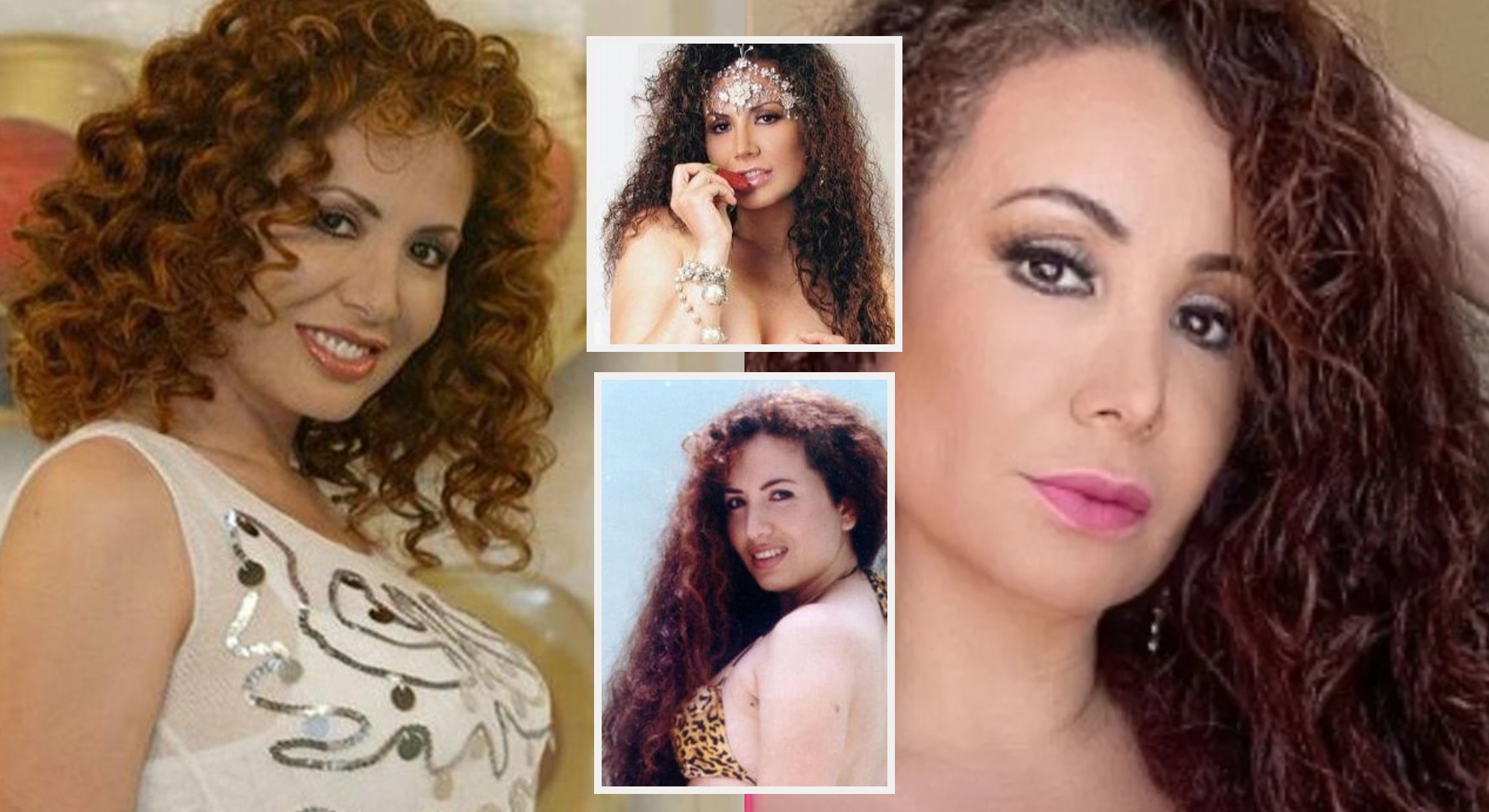 Janet Barboza when she was the queen of Las Movidas. (Photo: Composition Infobae

Entertainment couples who still do not have a date to celebrate their marriage Mauricio Diez Canseco married for the fourth time: knows with which celebrities he had a love story When does Gisela Valcárcel return to TV, with what program and who will be his jurors? This is all that is known