3D printed weapons: a revolution for criminals, a nightmare for authorities

The assassination of former Japanese Prime Minister Shinzo Abe with a homemade firearm is a sad reminder that even the strictest laws are not enough to curb the proliferation of these “ghost” weapons. While advances in 3D printing are making them more and more accessible, in Quebec, the provincial police are struggling to measure their progress.

• Read also: Shinzo Abe murdered in the middle of a rally

• Read also: 5 other political figures killed (or almost) by bullets

Metal pipes, a wooden lever, electric wires and a battery taped together: Shinzo Abe’s murderer needed nothing else to outsmart law enforcement and execute one of the politicians the most influential in the world, notes the historian expert in firearms and researcher at the Observatory on the United States of the Raould-Dandurand Chair, Francis Langlois. 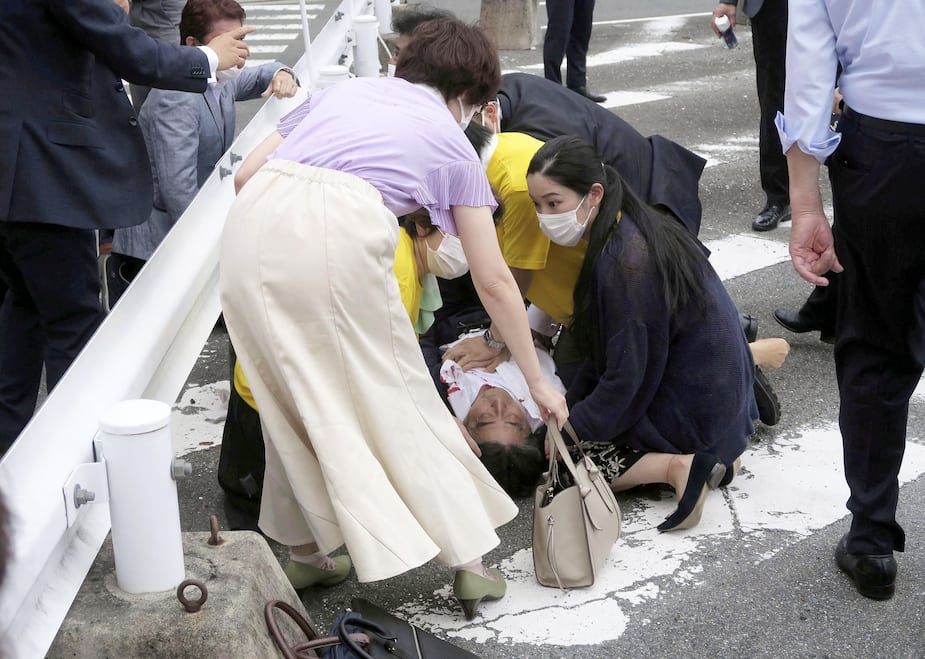 Shinzo Abe was giving a speech when he was shot in the neck. The former Japanese prime minister collapsed before being rushed to hospital, where he was pronounced dead.

“We are in the presence of a homemade weapon made with a lot of ingenuity, insofar as the regulations of firearms in Japan are very very very strict. It was made from completely legal elements, which made it possible to circumvent the law, ”he explains.

Yet Japan is the G7 country with the lowest rate of firearm ownership among its population. In 2018, according to data from the Small Arms Survey, about 375,000 firearms were in circulation, or about 0.4 guns per 100 residents.

However, these statistics do not include firearms which are handmade and therefore do not officially exist, the firearms expert points out. “These are so-called ‘ghost’ weapons, because they have no serial number, no characteristics known to the authorities.”

A revolution in the world of armaments

Prized by criminals, increasingly sophisticated homemade weapons are on the rise around the world, due to advances in 3D printing.

In 2013, the first fully functional rifle made using a 3D printer was created in Texas. Named Liberator, the model was however not quite developed, explains Francis Langlois.

“The plastic wasn’t strong enough, the blueprints weren’t quite right either, so it tended to explode on detonation. Today, printed weapons are really on point and they continue to evolve rapidly. Most are hybrid: some parts are printed in plastic, then they are then combined with metal parts that resist the explosion of the ammunition”, explains the historian. 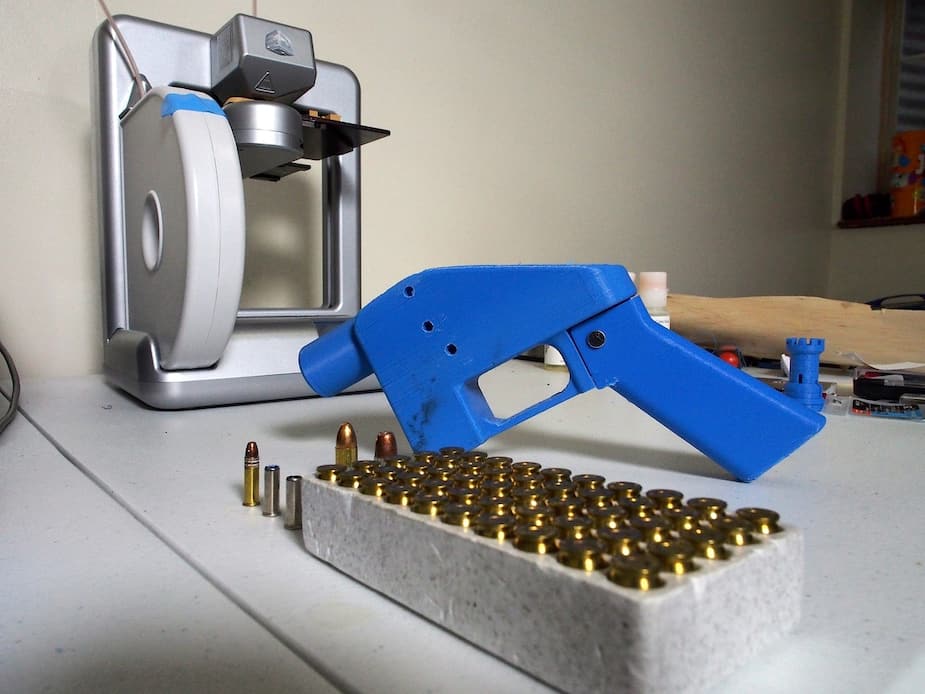 The Liberator is the first fully 3D printed rifle.

A trend that is cause for concern, since 3D printers are within everyone’s reach, notes the founder of the three-dimensional printing company Lezar3D, Robert Gagnon.

“Tomorrow morning, you can very well go to Amazon and order yourself a $350 machine with which you can produce any object, if you have the plans. It’s easy to use, a 10-year-old could use a 3D printer,” he says.

In recent years, printed weapons, including compact assault rifles, have been used on murderous runs in California, Germany and even Canada, places where gun control laws are strict. , notes the expert.

The production of these weapons is progressing particularly rapidly in the United States, where it is completely legal to print them for personal use in about 40 states.

“In American law, it is only the butt (the handle) that is considered a firearm,” explains Francis Langlois. When the butt is less than 80% complete, the weapon, called “polymer 80”, therefore has no serial number and can be sold as a toy. Then just add pieces purchased separately to make it lethal, worries the specialist.

On the internet, some companies even specialize in distributing printed weapon design plans. 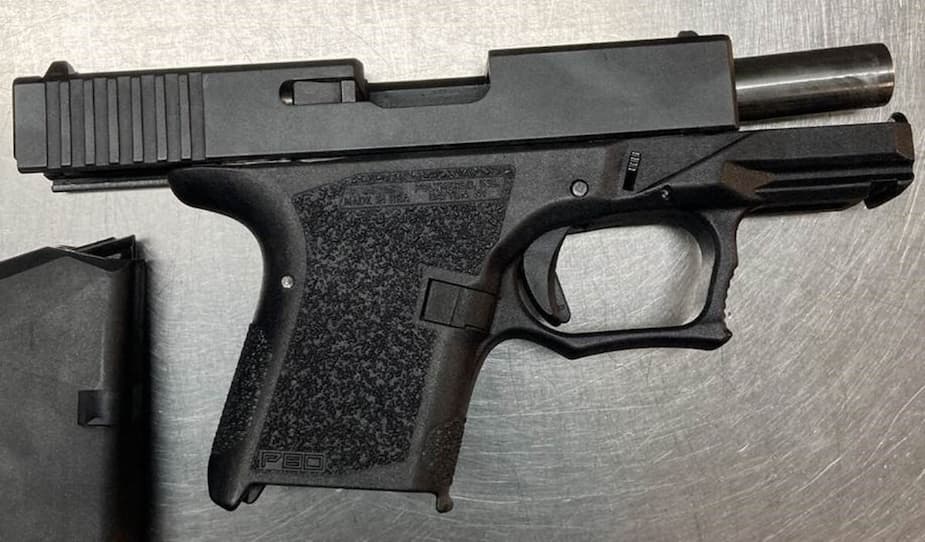 A complete set of a phantom weapon seized in Los Angeles was provided by US authorities on April 12, 2022.

“In the name of libertarianism, they take industrial weapons and then run them through a big ‘digitizer’. The machine is able to detect each of the parts and make 3D plans, which these companies will then make easily accessible,” says Francis Langlois.

Since 2016, 45,000 “privately manufactured firearms” have been seized in the United States, according to the US Department of Justice. Among these weapons, 692 are linked to investigations for murder or attempted homicide.

These numbers might just be the tip of the iceberg. Several police forces do not actually keep track of weapons that do not have a serial number.

Several seizures in Quebec, but…

The popularity of these machines south of the border also reached Quebec.

In March 2021, a 24-year-old Sherbrooke resident was arrested near the U.S. border with 249 disassembled “polymer 80” style handguns.

On November 24, 2021, police investigators from the Sureté du Québec (SQ) tracked down a man, possibly associated with the “Farfadaas” conspiracy group, who was printing weapons in his accommodation in Gatineau. The police seized numerous devices, including three 9mm caliber weapons and a .22 caliber handgun. 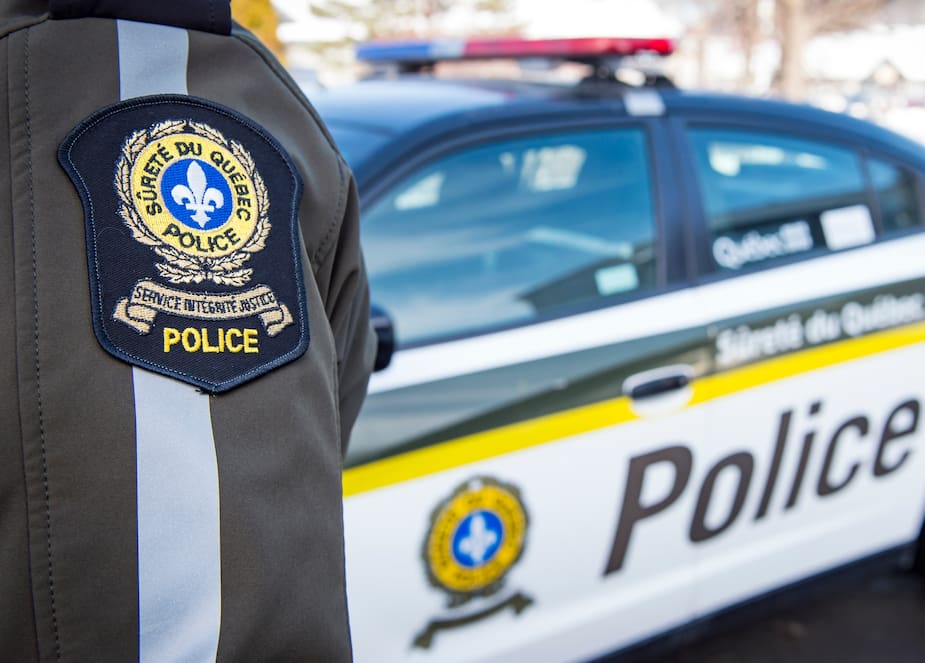 In March 2022, a couple suspected of making ghost weapons was also arrested during an operation in the Montreal area.

SQ police officers claim to be keeping an eye on the phenomenon, observing “a slight increase” in seizures of such weapons in recent years. However, the police force confirms that it does not keep a specific register of homemade or printed firearms, which are counted in the same way as traditional firearms.

This means that in Quebec, these phantom weapons remain invisible in the files of the provincial police, which struggles to paint a clear picture of the situation.