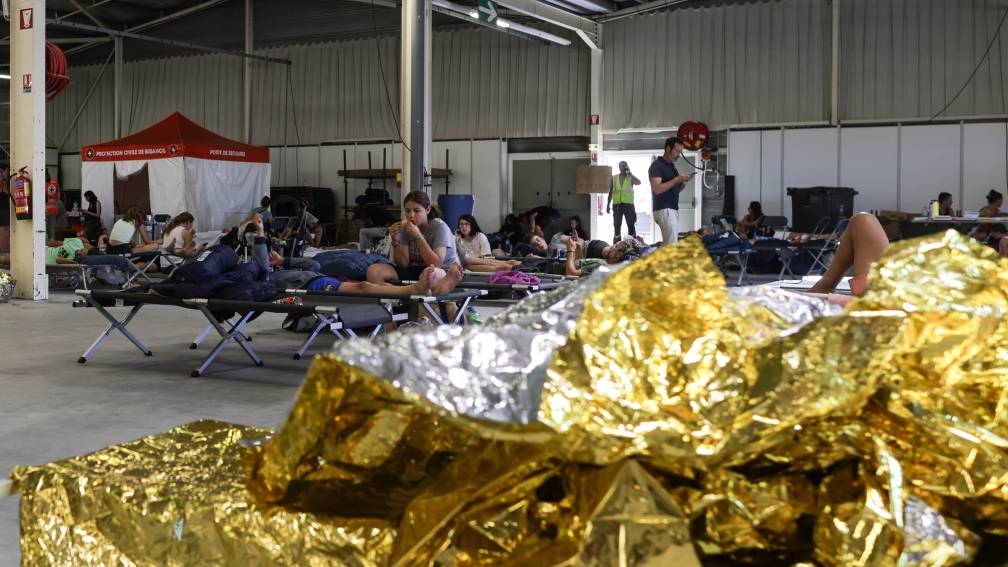 Five campsites near Europe’s highest dune have been evacuated due to a nearby forest fire. At the Dune de Pilat, about 60 kilometers from Bordeaux, about 1200 hectares of nature reserve have already been destroyed.

About 6000 camping guests were woken last night with the announcement that they had to leave the camping grounds. The evacuation was completed around 5 a.m.

A sports hall has been set up in the nearby municipality of La Teste-de-Buch, among others. People could register there and the Red Cross and army provided camp beds and water, says an evacuated Dutchman at the AD: “Everyone had to register with their name and telephone number. That line was tough. Everyone was super tired.”

It is not clear when the fire will be extinguished and when guests will be able to return to the campsites. It is also unclear how many Dutch people are in the area. The ANWB says it has not yet received any requests for help from Dutch people in need.

The fire appears to have been started by a broken down car that caught fire. Not much further on, another fire is raging that has already destroyed 1600 hectares of nature. 800 firefighters are active to fight the fire with ten firefighting planes. Although the French celebrate their national day tomorrow, setting off fireworks in municipalities near the fires is prohibited.

As in other parts of Europe, southwestern France has to deal with extreme temperatures. The persistent drought and strong winds make it very difficult to put out the fire.