The dollar lost ground this Wednesday by closing at 4,558 pesos on average 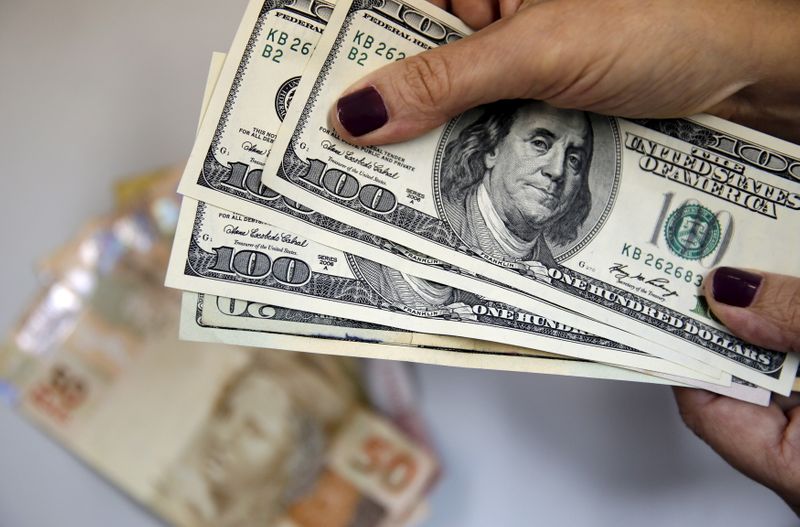 The dollar lost ground this Wednesday. According to the Set-FX platform, it closed the day at 4,558 pesos on average. This means that it fell 69 pesos compared to the Market Representative Rate (TRM), which today stood at 4,627.46 pesos, as uncertainty is increasing due to the risk of economic recession in the United States.

The opening price of the North American currency was 4,649 pesos and reached a maximum of 4,670 pesos, while it registered a minimum of 4,649 pesos. According to Set-FX, this Wednesday more than 1,610 million dollars were traded in 2,544 transactions.

The downward correction is not far

Given the behavior of the US currency, the manager of Economic Research and Strategy at Davivienda Corredores, Germán Cristancho Herrera, believes that a significant downward correction in the currency is not that far away. Although it is worth saying that in this volatility it is very difficult, practically impossible, to anticipate that.

The manager recalled that the dollar in Colombia has had three major upward movements after 2008 and, normally, the magnitude of these movements have been very similar. This has anticipated stabilization or downward correction of the currency.

“It seems that we are not so far from there,” Cristancho Herrera wrote on his Twitter account. He also assured that “the variation of the dollar in Colombia in the last 90 days reached 22.6% and this is only comparable with very few events in our history such as: pandemic, oil drop in 2014 and 2015, crisis in 2008 and political change in Latin America in 2002″.

According to him, the current variation is very intense. The phenomenon is explained, in large part, by the expectation of high levels of inflation, which will require strong increases in interest rates in the United States and this will strongly pressure emerging economies, especially those that need dollars the most.

The good news here, he added, is that “different indicators show a moderation, and even decline, of some responsible for inflation, such as disruptions in supply chains or commodities”.

To such an extent, that “even the copper/gold ratio, which reflects the expectation about the economic cycle, which usually anticipates fluctuations in the rate of American treasures, is showing a possible downward moderation in those rates.”

The next Finance Minister, José Antonio Ocampo, referred to today’s dollar session. In a dialogue with La W, he affirmed that, ultimately, “what we are seeing is that the dollar is going down, not going up” and reiterated that these are market events.

“That shows that, as I have clearly said in recent days, that it is an international event, let’s say what was hitting the dollar is the expectation of more interest rate hikes in the United States and, on the other hand, the drop in the prices of basic products, in our case, oil and coffee due to the expectation of a recession in the United States generated by high interest rates”, he said.

Similarly, Ocampo noted in an interview with Blue Radio that “it is a global trend. We have been more affected than other countries. It is an issue that has an international dimension. I think it is an overreaction of the market”. In addition, he concluded that “it has nothing to do with political factors, since it is an international issue.”