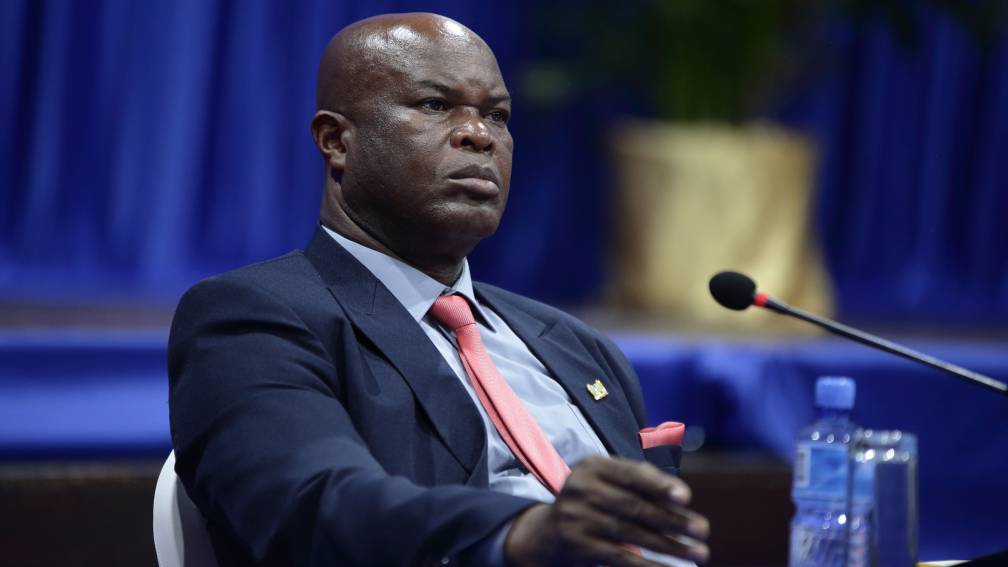 The security guards of Surinamese vice president Brunswijk who assaulted a journalist last year have been convicted. In December, the three men took journalist Jason Pinas of De Ware Tijd – the largest newspaper in the country – in a stranglehold at the parliament building in Paramaribo. He was brutally knocked to the ground and his phone stolen.

Brunswijk spoke about the case in parliament after the assault and then stated that to his surprise, Pinas had penetrated his car. “What are you doing here in my car?” Brunswijk had said to him, after which Pinas was “taken away” by the security guards. During the case, this story turned out to be false.

The judge has sentenced the three bodyguards to a suspended prison sentence of three months and three years of probation. Pinas also received compensation of 28,000 Surinamese dollars, converted about 1250 euros. The security guards also had to apologize to the reporter, which they did.

Pinas reacts at his newspaper pleased with the judge’s decision. “It has been important to me that my name would be cleared. That happened. I ask the vice president to also correct,” De Ware Tijd quotes him as saying.

The case has stirred up a lot in Suriname and many fellow reporters from Pinas said they felt unsafe and concerned about press freedom in their country. In the days following the assault, journalists boycotted Brunswijk, not letting him see or hear from him for two months. At press conferences, they agreed to walk away if he was given or taken to speak.

At the end of last year, two hand grenades stuck together were found under a car in Pinas’s yard. The Surinamese government decided to protect Pinas. The reporter told some time afterwards NRC that he had been at home for months because of his safety. He said he felt very unsafe.