Rutte speaks to farmers about nitrogen policy: ‘Uncertainty cannot be removed with one conversation’ 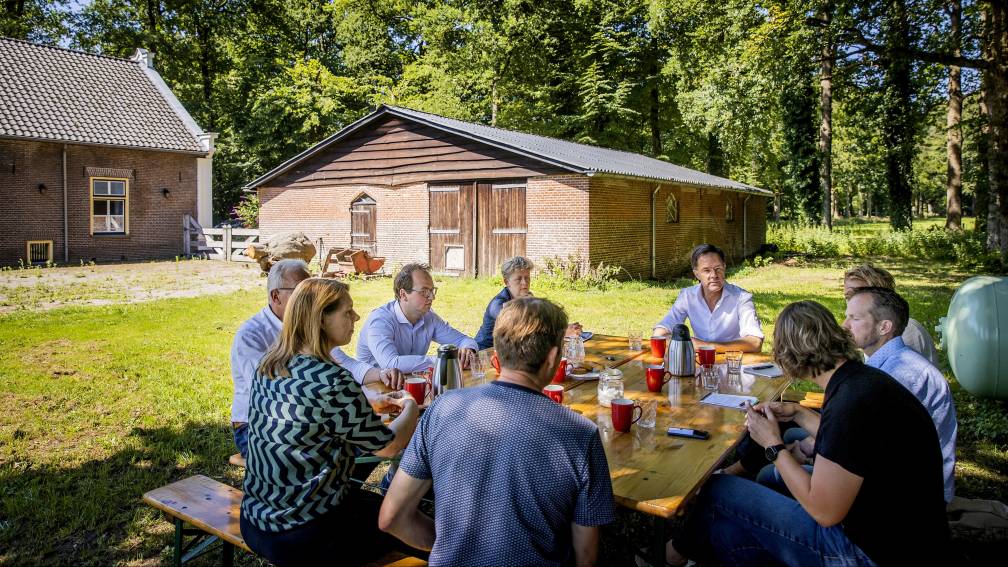 Prime Minister Rutte today had a first conversation with concerned farmers about the nitrogen problems. More will follow in the coming weeks. Above all, he wants to listen to the concerns farmers have about the future of their farms.

This morning Rutte visited a large dairy farm in Leusden, in the Gelderse Valley. There were several farmers from the area present. There was a Dutch flag upside down to show that they are very critical of nitrogen policy.

He had a “good and penetrating conversation”, Rutte said afterwards. He hasn’t been able to allay the concerns, but that wasn’t the goal either. “I can’t remove the uncertainty with one conversation.”

‘Water through the Rhine’

The farmers who took part in the conversation were happy to be heard. But they don’t feel like anything is changing now. “The goals are still standing proudly,” said one of them. “There is still a lot of water to flow through the Rhine before we get aligned.”

Rutte will become more involved in the nitrogen dossier in the coming period. Until now he kept aloof. “I can’t take over every portfolio,” he said. “But I have to make sure it’s run in the right direction.”

Since Minister Van der Wal announced her nitrogen plans on 10 June, there has been a lot of unrest among farmers. Some of them take hard actions with tractors. They fear for their future.