The FLNC returns to “spectacular violence” 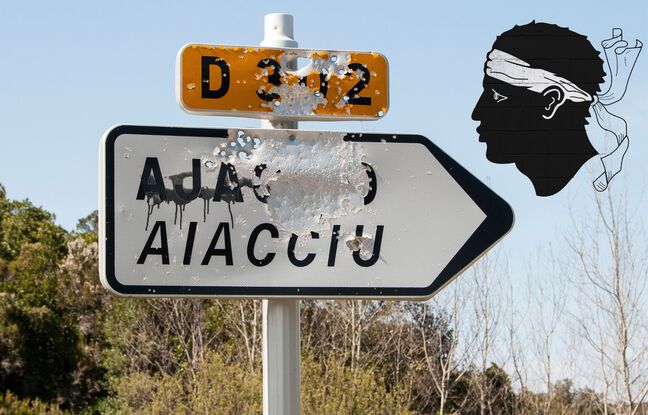 “The Corsican people are dying, they are disappearing! It is in these terms that the Corsican National Liberation Front (FLNC) announced its return on Monday, claiming responsibility for 16 attacks against second homes, construction companies or police vehicles. But what does this statement mean for the radical nationalist movement? 20 Minutes takes stock of the implications of this statement in a tense context on the Island of Beauty.

Why is this press release important?

The Corsican nationalist movement has moved away from violent actions for several years. In 2014, the FLNC announced a demilitarization process and the FLNC of October 22 followed suit in 2016. This press release announced the resumption of violent actions and attacks, 16 of which had already been perpetrated in recent months. “What is interesting is that the two organizations announce that they are working together whereas the FLNC of October 22 was a movement made up of dissidents”, explains Thierry Dominici, teacher-researcher at the University of Bordeaux.

Regularly, small groups claiming to be part of the movement communicate in Corsica or call for an armed revolt, but so far the “official” FLNC has only threatened the government, without going the extra mile. It is now recorded and certified, underlines Thierry Dominici, who recalls that the FLNC is used to transmitting to the newspaper which publishes its press release (here Corse Matin) a code, known only to the police, to prove that it is indeed the official movement and not a usurper. At the time of the assassination of the prefect Erignac, for example, it was the serial number of the weapon used in the crime.

The FLNC did not, however, disappear. They were “demilitarized not dematerialized” and are “always present”, recalls the political scientist. After the demonstrations and urban violence that followed the murder of Yvan Colonna, the Corsican movement hopes that the armed struggle will again be “legitimately recognized by the militant base as a valid means” and wants to regain “its legitimacy” on the scene. Corsican public.

Can we fear an increase in the violence of the FLNC?

In four decades of armed struggle, the FLNC has organized thousands of attacks and around 70 people have died. However, the “blue nights”, during which many attacks were committed simultaneously or successively, seem a long way off. The 16 attacks claimed by the press release mainly targeted places of tourism or second homes and were mainly perpetrated via fires, not explosive devices.

Not to mention that, if the DNA of the movement is indeed in “the series of attacks”, it is above all a question of “spectacular violence”. The stated objective is to “be reborn in the collective imagination, to regain this legitimacy as the protector of Corsica, a social bandit”, explains Thierry Dominici. According to the expert on nationalisms, however, it is difficult to comment on the movement’s future actions. “In every violent action, there is a subliminal message at the level of the collective imagination”, therefore the choice to create fires rather than to use explosive devices, “is perhaps not a question of capacity but of message sent”.

What pushed the FLNC out of the woods?

The FLNC hopes to regain its aura of yesteryear. But the exercise is likely to be difficult while in Corsica, “violence has been erased in favor of politics” and the attacks replaced by an implacable political victory for the autonomists. In 2017, Gilles Simeoni, autonomist, obtained an absolute majority in the regional elections. But the nationalist movement castigates “a form of bobo patriotism, of assumed self-satisfaction, whatever the result obtained”.

In mid-March, Gérald Darmanin had offered the island’s elected officials the prospect of “autonomy”. On July 21, the Minister of the Interior returns to Corsica after a visit by the head of the Corsican executive to Paris. But the FLNC “does not believe in progress” and criticizes “empty promises”. Gilles Simeoni is only president of the region, not “president or king of Corsica”, underlines Thierry Dominici.