The anti-terrorist prosecutor’s office seized after the FLNC statement 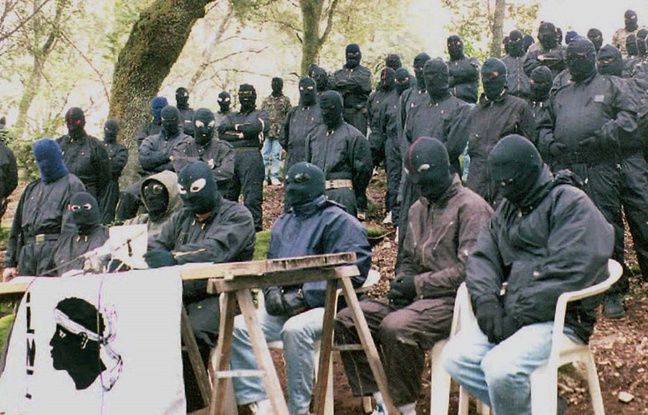 The National Anti-Terrorist Prosecutor’s Office took up the case of the FLNC (Corsica National Liberation Front) press release, a text in which the clandestine organization claimed responsibility for 16 attacks on Monday, mainly against second homes, we learned from of the Ajaccio prosecutor on Tuesday.

Nicolas Septe confirmed his divestiture for the benefit of the PNAT, specifying that the anti-terrorist sub-directorate (SDAT) was also seized. The judicial police remain co-seized of the investigation.

“What kills the Corsican people is France”

Regretting the “death and disappearance of the Corsican people”, the FLNC had claimed 16 “actions” against second homes, construction companies and police vehicles on Monday, without dating them.

“What kills the Corsican people is France, the world economic system and part of our people who are complicit in it”, accused in this document transmitted to Corse Matin the clandestine independence movement, which had officially deposited the weapons in 2014, after four decades of armed struggle marked by more than 4,500 attacks.

Stigmatizing the emergence of “a form of ineffective bobo patriotism”, and a “France” whose attitude would “rarely have been so contemptuous and condescending”, the FLNC declared itself “extremely pessimistic” on the discussions announced with Paris and the expected arrival on the island, probably at the end of July, of the Minister of the Interior Gérald Darmanin.

During a trip to the Isle of Beauty in mid-March, to ease the tensions arising from the aggression in prison of Yvan Colonna, this independence activist sentenced to life imprisonment for his participation in the assassination of the prefect Erignac in 1998 in Ajaccio, Mr. Darmanin offered the island’s elected officials the prospect of “autonomy”.

On this institutional theme, the FLNC repeated its demands on Monday: “official recognition of the Corsican people”, “immediate transitional political autonomy” and accession to self-determination “within 5 years”.

Regarding the death of Yvan Colonna, who finally died on March 21 after his violent attack by a fellow prisoner in Arles prison (Bouches-du-Rhône), the FLNC also repeated its desire to obtain “the truth about his assassination” . “But we know that we will never have it,” he immediately added.