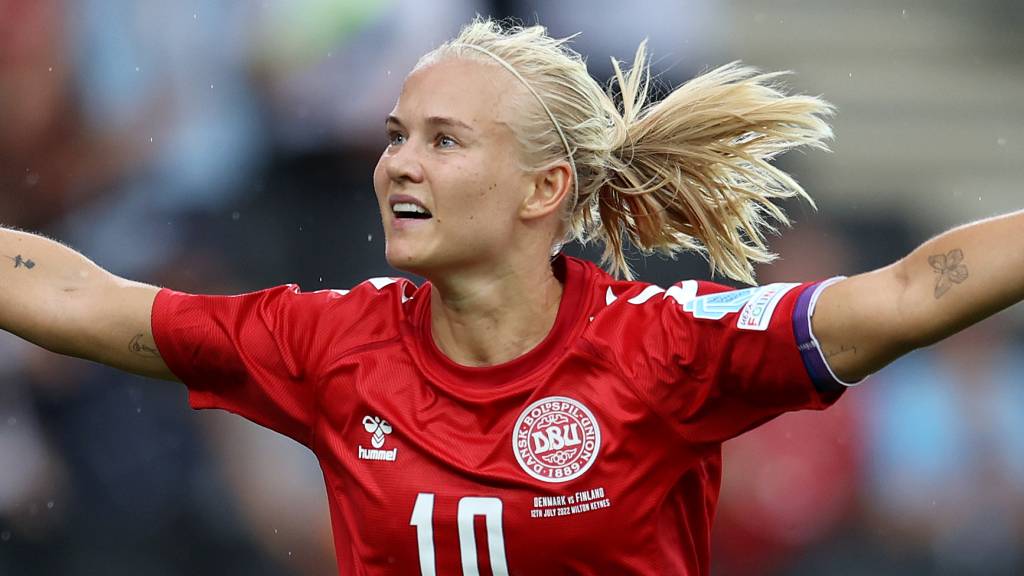 Denmark has somewhat taken revenge for the hopeless 4-0 defeat against Germany with which the losing finalist of 2017 started the European Football Championship in England. The second game in group B resulted in a 1-0 win in Milton Keynes on Tuesday-evening against Finland, which has therefore remained at zero points.

As powerless as Denmark showed itself against Germany on Friday, the team started the Scandinavian duel with the Finnish women so energetically. In particular, the experienced Nadia Nadim, who is in her fourth European Championship, was active and caused danger in the initial phase.

The 34-year-old Afghanistan-born attacker created a shooting opportunity for herself in the ninth minute, but aimed straight at Tinja-Riikka Korpela. A minute later, the Finnish goalkeeper reacted well to a tap by Nadim, who just couldn’t give the ball enough power to open the score. 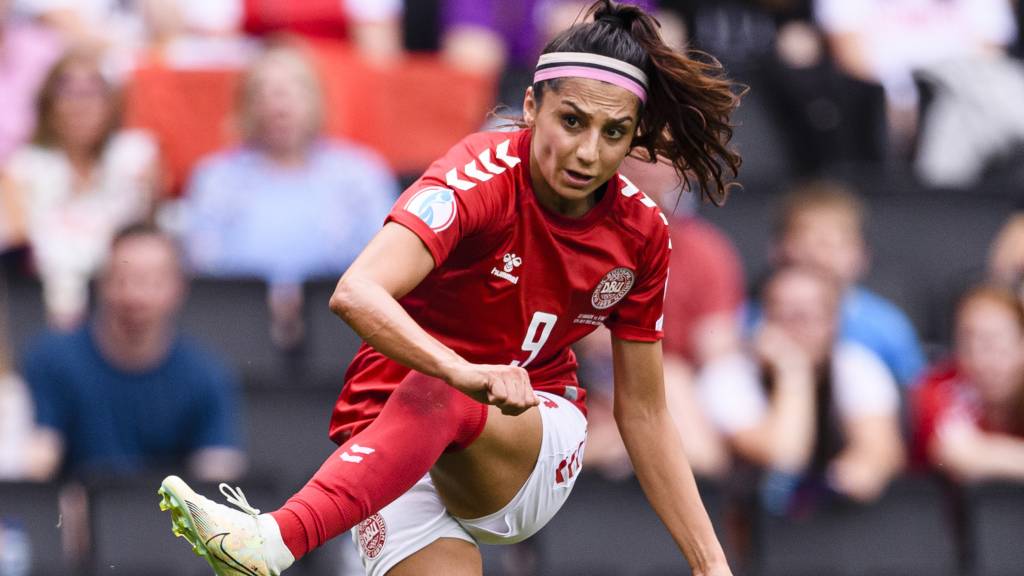 Then Finland, who started the European Championship with a goal after 48 seconds but eventually lost 4-1 to Spain, bit off a bit more. It was hardly threatening, however. But also Denmark, with world top player Pernille Harder in the ranks, had to make do with only one successful attack, after which the shooting Katrine Veje failed to choose a corner.

After the break, the audience, who had plenty of space in the stadium intended for 30,000 spectators, had to wait fifteen minutes before there was any excitement again. The Finnish Ria Oling tried in vain from distance, while the released Danish Sofie Junge-Pedersen unsuccessfully searched the top corner with a curled shot. 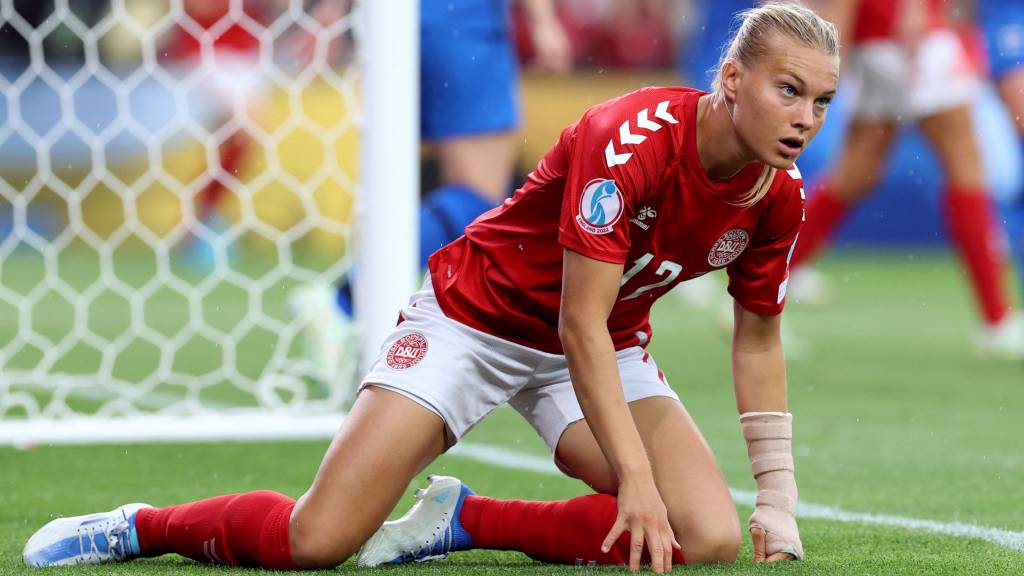 Stine Larsen on the ground

Harder soon served Karen Holmgaard, but the substitute waited too long with her swipe to outwit the overrun Korpela. The deserved lead came after all at the hands of the same players in the 72nd minute. Holmgaard hit the crossbar at the far post, after which captain Harder took care of the rebound, also with her forehead.

Finland almost came alongside in extra time. The late substitute Jenny Danielsson saw her shot sail towards the top corner, but the previously untested Lene Christensen had a wonderful save.

With the win, the first against Finland at a European Championship after two previous defeats (2005 and 2009) and a draw (2013), Denmark keeps its sights on second place and with it a place in the quarter-finals.