“Choose France” opens this Monday with 6.7 billion euros in projects 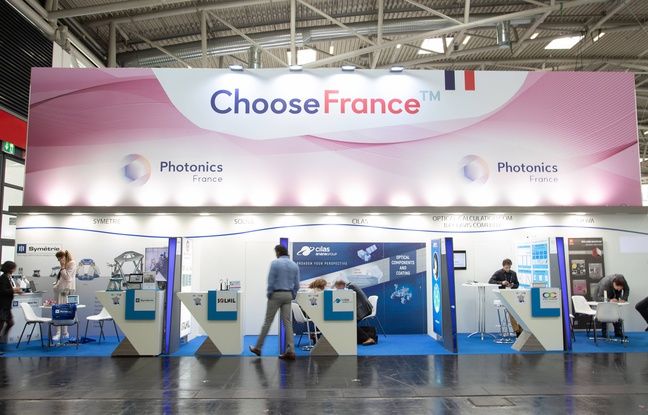 “Choose France” will open with a record: 6.7 billion euros in projects and 4,000 permanent jobs. The fifth edition of the “Choose France” summit, which is being held this Monday at the Palace of Versailles in the presence of Emmanuel Macron, will bring its new batch of foreign investment in France, in health, services or new technologies.

These announcements – 14 projects in total across the territory – “confirm the attractiveness of our country in new technologies” and contribute to its “reindustrialization”, welcomed the French presidency.

Macron in Grenoble on Tuesday

According to the daily Le Figaro, the biggest project, a semiconductor factory for an “investment close to four billion euros”, is to be announced on Monday by STMicroelectronics, a Franco-Italian semiconductor manufacturer, and Global Foundries, an American chip manufacturer. . Emmanuel Macron must also make a trip to Grenoble on Tuesday linked to this announcement.

For its part, Fedex will create 1,200 permanent jobs at Roissy in the Val-d’Oise. The Spanish Amadeus (management of tourist reservations) will create 800, in particular in Sophia Antipolis in the Alpes-Maritimes, the consulting firm Accenture 500 in Brittany and the Vietnamese Vinfast (automotive) 350 to 400 in showrooms and workshops, has furthermore detailed the Elysée. The Dutch temporary work group Randstad will recruit 7,000 employees on temporary permanent contracts by the end of 2022.

The Italian group Iveco will develop its electric bus site in Rorthais in Deux-Sèvres, as well as its sites in Annonay in Ardèche and Vénissieux in the Rhône, added the French presidency. The British drug giant GlaxoSmithKline (GSK) will invest in clinical trials, the American Collins Aerospace in research and development and the German Vorwerk, manufacturer of Thermomix, will set up a second production site in Eure-et- Loir, in Donnemain-Saint-Mames.

The summit, intended to praise the attractiveness of France, will bring together 180 CEOs of major foreign groups around the Head of State and the Ministers of the Economy Bruno Le Maire, of the Energy Transition Agnès Pannier-Runacher or the Industry Roland Lescure. This record participation – they were 120 to 130 in previous editions – shows “very strong interest from foreign bosses, following the re-election of the president”, underlines the Elysée.

The leaders of Coca Cola, Disney, Siemens, Merck Germany, American banks Citi, JP Morgan, Morgan Stanley, the Chinese conglomerate Fosun or the Australian financial services group Macquarie will find themselves under the gold of Versailles. Emmanuel Macron will also meet the “major sovereign funds”. Will be present in particular those of the Emirates, Saudi Arabia, Kuwait, Qatar and Korea, as well as Canadian funds.