Pedocrime in the Church: “We level down the prejudice of the victims”, considers the former president of the association “La parole liberated” 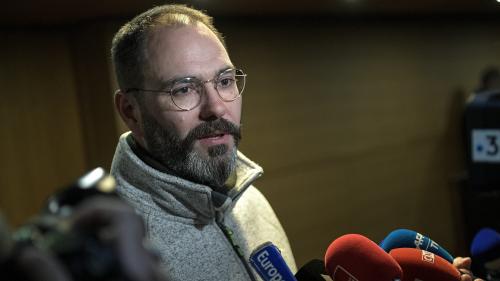 After the announcement of compensation for the first six victims of pedocrime in the Church by the Independent National Authority for Recognition and Reparation (Inirr), François Devaux, former president of the association of victims La parole liberated, denounces the “opacity” of the commissions and a leveling “downwards of the prejudice of the victims”.

franceinfo: Do ​​you know the real scale of compensation?

Francois Devaux: I don’t know anything at all, I don’t know any victim who is aware of how these bodies are organized, it’s surprising. Opacity in the Church is proven and demonstrated. All the victims I know have complained about the two instances that have arisen [une pour la Conférence des évêques de France et une pour les Religieux de France].

“It seems that the principle of compensation is in place, but I find the way of doing it surprising.”

These two bodies are independent and not attached to the Church but we note that they always take place in the same opacity. Of the budget of 20 million euros, only 5 million will correspond to compensation for victims. If we divide by several hundred victims, it’s not heavy.

What is the remaining 15 million used for?

For advertising, which is non-existent, and for training. They have a whole process in place. Basically, we know very well that we will never buy anything with money. We are talking about systemic crimes that have caused several hundred thousand victims, it is a mass crime. I don’t know if the Church intends to come out of this epic with more riches to enable it to continue on its way, but theologically, it’s a shipwreck, on the pure and simple level of the message of the Gospel, we do not redeem such serious faults by leveling down the prejudice of the victims, and by setting up commissions which work in opacity.

Will the Church be able to change one day?

The Pope remains absent, he acclaimed Cardinal Barbarin after the report, he did not read the report and did not receive Jean-Marc Sauvé. This is proof that no. It is the story of a spiritual corruption. We defend an ideology that we ourselves do not respect. When the Catholics will realize that, they will realize that it is nonsense.