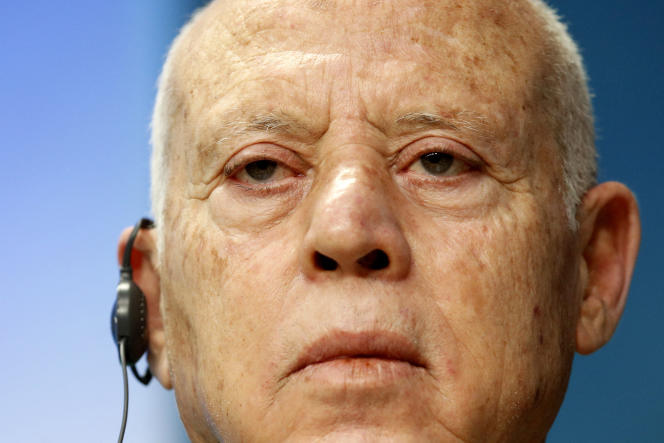 Criticized for having proposed a text favoring hyper-presidentialism, the Tunisian head of state, Kaïs Saïed, published, on the night of Friday July 8 to Saturday July 9, an amended version of his draft new Constitution.

In Chapter V of the new Constitution, the President introduced the words “within a democratic system” in the sentence affirming that Tunisia “is part of the Islamic community” and that “the State must work to achieve the objectives of Islam”. This article was strongly criticized by the defenders of a clear separation between religion and the State who denounced possible ambiguities in its interpretation. Amnesty International considered that this article could “authorize discrimination against other religious groups”.

A few hours before the publication of the new text, Mr. Saïed announced in an official video that “details had to be added [au premier texte publié le 30 juin] to avoid confusion and interpretation.

The path to a “dictatorial regime”

The other important passage concerns article 55 on rights and freedoms. “No restriction may be made on the rights and freedoms guaranteed in this Constitution except by virtue of a law and a necessity imposed by a democratic order,” the article now says. And possible restrictions can only intervene “in order to protect the rights of others or for the needs of public security, national defense or public health”.

The opposition parties and several non-governmental organizations (NGOs) have expressed their concern about this article which, according to them, gives the authorities full latitude to limit freedoms without real safeguards.

For the rest, Mr. Saïed, author a year ago of a coup by which he arrogated all the powers, did not modify the main lines of the initial text which marks a radical break with the system parliamentarian in place since 2014 and which must be submitted to a referendum on 25 July.

Read also: In Tunisia, several parties call for a boycott of the constitutional referendum wanted by President Saïed

The president exercises executive power, with the help of a head of government that he appoints, without having to obtain the confidence of Parliament. The president is the supreme commander of the armed forces, defines the policy of the country, ratifies the laws and can also submit legislative texts directly to Parliament.

The new Constitution provides for a strong reduction in the role of Parliament and the establishment of a second Chamber to represent the regions.

The Tunisian opposition and NGOs have denounced a tailor-made text that allows too much concentration of power in the hands of the president. Sadok Belaïd, the lawyer commissioned by Mr. Saïed to draw up a draft new Constitution, dissociated himself from the final text, believing that it could “open the way to a dictatorial regime”.

Read also: Article reserved for our Tunisia subscribers: “The presidential project for a new Constitution is dangerous”