Security in Jalisco: Bishop and electoral official, other victims of road insecurity

Two cases add to the growing insecurity on the roads of Jalisco.

The Diocese of Autlán reported yesterday that Bishop Rafael Sandoval was detained in mid-June by criminals in the section between San Juan de Los Lagos and Encarnación de Díaz.

The spokesman said that the religious is well and that there were no major repercussions.

The other attack occurred on a stretch of highway towards Colotlán. An official from the Electoral and Citizen Participation Institute of Jalisco traveled there, who went to the Wixárika community of Bolaños to carry out a consultation. He managed to escape and received support from state authorities.

“We condemn the acts of violence against our colleague, and we communicate that we will file the corresponding complaint,” the Institute said in a statement.

It was on June 30 when this communication medium announced the existence of at least 17 road points considered unsafe by roadblocks or the presence of organized crime, among which is state highway 307, the point where the roadblock and assault on the Bishop of Autlán occurred.

Since last June 28, after the public denunciation made by the Cardinal of Guadalajara, Francisco Robles Ortega, after being detained at a checkpoint, the Governor of Jalisco has denied that this type of situation occurs on the Entity’s roads. 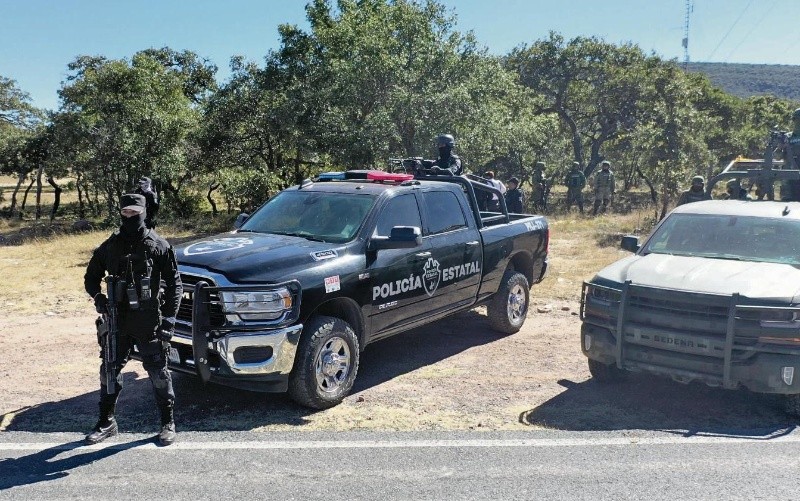 In May, authorities from Jalisco and Michoacán agreed to collaborate in the border area due to the high crime rate. THE INFORMER/Archive

They confirm a new robbery of a priest at a checkpoint

Yesterday a new attack by organized crime was announced, at a roadblock in Jalisco, against a parish priest of the Entity.

This is the Bishop of Autlán de Navarro, Raphael Sandoval, who was detained while driving on the highway that goes from San Juan de Los Lagos to Encarnación de Díaz, heading for the state of Aguascalientes, where he will preside over a mass.

As confirmed yesterday by the spokesman for the Diocese of Autlán, The criminals blocked his way, threatened him with weapons and stripped him of his personal belongings and his truck, later abandoning him in a gap.

According to the spokesperson, a complaint has already been filed for these events, both in the Jalisco State Prosecutor’s Office and in Aguascalientes. The events occurred in mid-June, he added.

“The investigations are already underway, and it is part of which the bishop does not want to speak, because he has always thought that sometimes the investigation process can be obstructed, in addition to the fact that it was a very difficult event, he is already 75 years old. He shared a little with us as priests, but it hurts him well, it was a very difficult situation,” said the spokesman.

This Sunday the Diocese of Autlán will join the Day for Peace convened by the Mexican Episcopate and the Archbishopric of Guadalajara, to ask for all the victims of the insecurity of the State and the country and so that criminals can have a conversion and stop harm society and its faithful.

An official from the Jalisco Electoral and Citizen Participation Institute (IEPC Jalisco) was attacked by unknown men this Thursday, July 7, on a stretch of highway in the State of Zacatecas, near Tlaltenango, when he was on his way to Colotlán, Jalisco.

The official was going to the municipality of the North of the State, in the framework of the preparatory activities for carrying out a consultation with the Wixárika community of Bolaños organized by the Institute, when an armed individual fired four times at the institutional truck, identified, in which he was traveling after having ambushed him with his vehicle in a buffer zone.

According to the IEPC, the official managed to get to safety and communicate with the Institution and was unharmed.

They also acknowledged that support was requested from the Government of the state of Jalisco, who immediately came to the rescue, found him in Jalisco territory and transferred him to the IEPC facilities.

“The Electoral and Citizen Participation Institute of Jalisco confirmed the health and integrity of our colleague and wishes to make public our gratitude for the timely, diligent and professional intervention of the authorities of the government of the state of Jalisco,” the institute published. 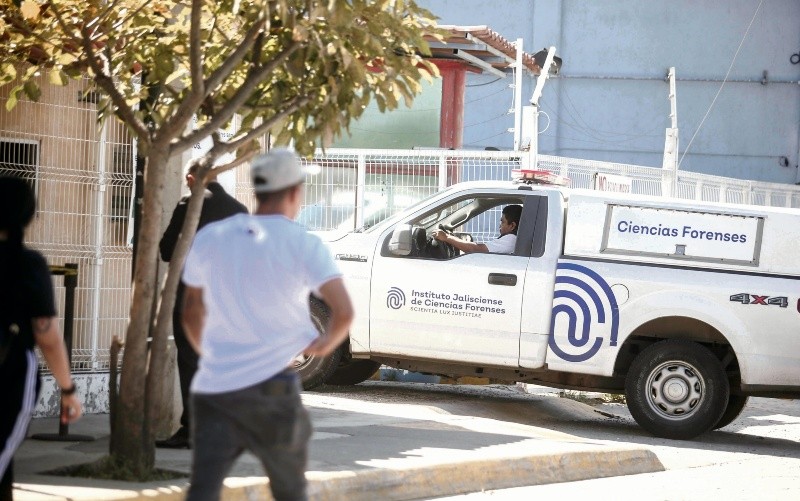 Experts compare the DNA of the Santa María del Oro police officers with the bodies found. THE INFORMER/Archive

Bodies found in Mazamitla could be missing policemen

Human remains found inside plastic bags that were located yesterday in the municipality of Mazamitla, could correspond to the bodies of the two disappeared policemen from Santa María del Oro, reported the State Attorney.

Preliminary, the Prosecutor’s Office reported that, based on the evidence found in the Nissan Sentra vehicle, which was abandoned on the La Estacada-Epenche Chico highway, it is presumed that the remains that lay in the trunk correspond to two men older than age.

Given this, the relatives of both elements have already been informed of the possibility that the victims are the agents, which will be officially confirmed once the Prosecutor’s Office has the results of the expert reports requested from the staff of the Jalisco Institute of Forensic Sciences. (IJCF).

The ministerial proceedings, which began on July 2 when the police officers were deprived of their liberty in the municipality of Quitupan, continue by the State Prosecutor’s Office to find those responsible for this act.

They only look for two

The state prosecutor, Luis Joaquín Méndez, reported that There are only two and not three police officers who are still wanted by the authorities after being kidnapped last Friday after an attack perpetrated against them in the town of El Montoso, in the municipality of Quitupan.

He explained that the preliminary information indicated the illegal deprivation of four elements of the Santa María del Oro police station who were traveling in the patrol that was hit by another vehicle to block the way for the officers, vehicles that were burned on the spot.

However, after the policewoman who was driving the patrol was found on Saturday and based on her statement, it was established that only she and two other officers were traveling in the unit, since another element, who works in the administrative area and who would travel with them, had not appeared.

He continues as a missing person Zapopan police officer who was deprived of liberty on Thursday at the intersection of Pensamiento and Nardo streets, in the La Magdalena neighborhood.

After this event, a mobilization of police forces was recorded in the area of ​​the road to Colotlán and adjoining subdivisions.

In this year, there have been seven illegal deprivations of liberty of police officers and security elements in the Entity.

Only three victims have been located: two soldiers kidnapped on April 27 in Puerto Vallarta and released the next day, and an agent from the Santa María del Oro Police Station deprived of her liberty on Friday in Quitupan and released last Saturday.

It also remains to find a police officer from the State Security Secretariat, deprived of liberty on May 5 last.

They found two bodies in the trunk of a car at the entrance to Mazamitla. Subject to the result of the expert opinion, they could be the two agents from Santa María del Oro who disappeared on Friday, July 1. 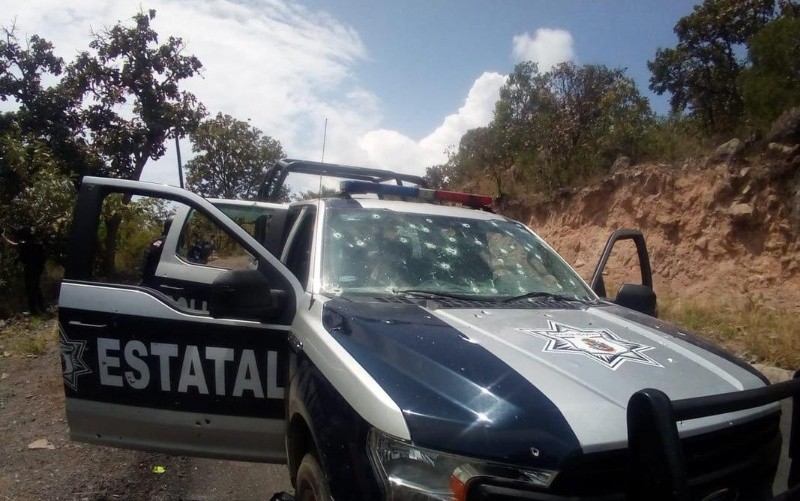 The states with the most police officers killed are Zacatecas, Guanajuato, Veracruz, Michoacán, Jalisco, and Chihuahua.

On the rise, police officers killed in the country

According to figures from the Common Cause organization, in Jalisco there are 15 officers killed, with which the State ranks fourth in police officers killed in the country. To this figure could be added the police elements that are missing.

The organization pointed out that so far this year they have killed at least 177 police officers in the country.

In the state, the first murder this year occurred on February 16, when Miguel Angel Sanchez, member of the Jalisco State Police, died at the hands of alleged criminals after being involved in a shootout in the municipality of Cañadas de Obregón, in the region of Los Altos de Jalisco.

Among those killed, there is also a agent of the Public Ministry, who died in the La Providencia de Tonalá neighborhood. The victim received several bullet wounds, and according to witnesses it was a direct attack.

ITESO will continue collaborating with the Wixáritari

The university issued a statement expressing its position of social service, despite the murders of two priests in Chihuahua.

They endorse their commitment to vulnerable groups in urban, rural and indigenous communities, with whom they have collaborated for decades.

The original communities, specifically the Wixáritari in the north of the State of Jalisco, suffer from a situation of insecurity that has been growing in recent years.

These communities are not only directly exposed to violence, but also control of the territory by criminal groups.

The current insecurity conditions forced to interrupt the face-to-face work of students in these communities.

ITESO will continue to work with the population of the communities facing adverse circumstances, the statement said.

Do you consider the roads of Jalisco safe?