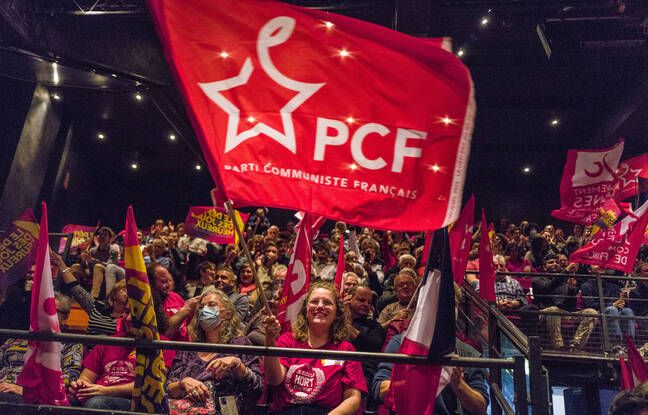 “It seems terribly shocking to me to have him reinstated. Elected to the Council of Paris under the ecologist label, Raphaëlle Remy-Leleu takes a dim view of the announced possible return of Maxime Cochard, PCF adviser to Paris suspended after accusations of rape by Guillaume T., which had led to a great wave of testimonies of sexual violence under the hashtag #metoogay. More than a year and a half after the death of the latter found hanged, a complaint for intentional homicide and at the end a classification without follow-up on May 3, Maxime Cochard could be reinstated both in the Parisian federation of the PCF but also at the Council of Paris.

“Justice has rendered its verdict by dismissing the charges. There is therefore no longer any criminal proceedings against the defendants. Nothing in our statutes opposes this reinstatement. They must therefore be, ”said, in a document obtained by 20 Minutes, the national commission for mediation and conflict resolution of the PCF. But this decision to reintegrate is not self-evident, for a large number of elected members of the Council of Paris, as well as for the Parisian federation of the PCF, in particular because of the attitude of the person concerned on social networks.

“To date, the elected representatives of the Paris group do not all agree”

“Maxime Cochard did not respect the withdrawal that was recommended, used social networks in an exaggerated way, which created a climate of tension. The question of Maxime Cochard’s behavior is to be discussed. I will only reinstate him if all the elected representatives of the group agree, and to date, the elected representatives of the Paris group do not all agree, ”explained Thursday June 30 Nicolas Bonnet Oulaldj, president of the communist group at the Council of Paris.

On January 21, 2021, the Paris federation of the PCF had asked the person concerned to withdraw from his responsibilities, in the wake of the rape accusations. Later, Maxime Cochard described on Facebook the PCF federation of Paris as “cowards” and “mediocre”, according to the text of the decision that we consulted. A year after the death of Guillaume T., on February 13, 2022, he attacked his defenders, in insulting terms. “They released you?” The lack of resources for psychiatry in France is a central political problem. You shouldn’t be able to get out of your padded cell baby girl.” he writes to “Matt the Menace”, who called him an “executioner”.

Maxime Cochard and his companion Victor Laby “made remarks, in particular on social networks, inadmissible and in contradiction with our values ​​​​concerning the Party and harmful to its image. They ignored the recommendations which intended to give justice time to investigate the case, ”wrote the commission.

“Either we troll on social networks, or we make the chosen one, argues “personally” with 20 Minutes Adrien Tiberti, secretary of the Paris Federation of the PCF. Beyond the initial question, there have been too many problematic behaviors since then. »

On Twitter, the elected suspended by his party regularly attacks feminist personalities, including those who are allies of the PCF within the Nupes. Sandrine Rousseau, deputy for the 9th district of Paris, is thus one of the city councilor’s favorite punching bags. He does not hesitate to retweet degrading or mocking remarks targeting her. “This woman is totally and irremediably barred,” said one of the accounts that Maxime Cochard retweeted on June 24. “The 13th century Torquemada strikes again” he wrote on June 23. “The nullity of Sandrine Rousseau this evening on TF1 is truly abyssal”, affirms his companion, whom he retweets on June 19. The mockery culminates on June 25, the day of the Pride March, whenhe retweets a selfie taken with his companion and the ecofeminist activist, accompanied by a heart, an obvious irony for whoever follows his account.

Among Maxime Cochard’s favorite targets include two other Nupes deputies in Ile-de-France, Clémentine Autain et Danièle Obono, both committed against discrimination, and feminist activist Caroline De Haas. People accused of domestic violence and cleared by the courts, such as former judoka Alain Schmitt or actor Johnny Depp, are on the contrary the subject of support.

“That there is reluctance, I understand, but all the work is to remove them”

The path seems difficult for Maxime Cochard. If the Parisian federation is supposed to follow the opinion of the national commission of mediation, it is not the same for the elected men and women of the communist group at the Council of Paris, whose decision is sovereign. The commission only gave them a “recommendation” and recommends designating “one or more officials within them, in order to work with Maxime Cochard and Victor Laby to develop a dialogue process”.

“I am in favor of respecting the opinion of the commission to the letter”, argues 20 Minutes Maxime Cochard, who wants to take advantage of this mediation to “explain the court decision”. And to add: “I have no apprehension, I am very calm, there are no difficulties. That there are reservations, I understand, but all the work is to remove them. »