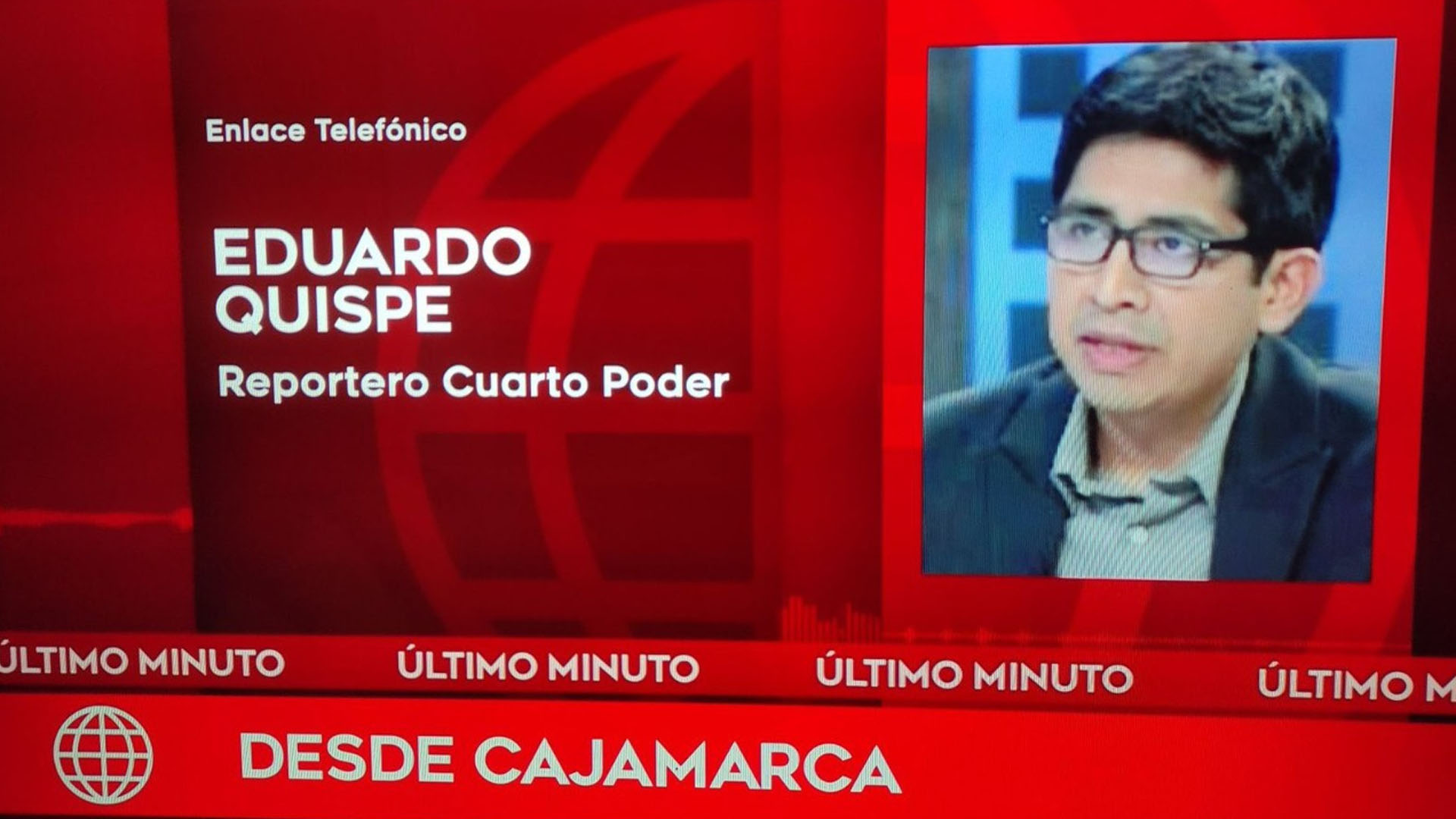 After it became known that a journalistic team from América Tv was kidnapped by peasant patrols when they investigated more about the case of Pedro Castillo’s sister-in-law, Yenifer Paredes, who was recorded while promising works on behalf of the Government, several Peruvian political figures they spoke about it.

The vast majority agreed that the President of the Republic, Pedro Castillo, must respond to the attack on the press, while another group of them requested that the new head of the Ministry of the Interior, Mariano González Fernández, be summoned to Congress to explain what happened in the area of ​​Chadín, Cajamarca.

“My solidarity with the journalists held today in Cajamarca. The peasant patrols are groups that are part of the special justice system, recognized by the Constitution, and cannot affect rights such as freedom of expression or the freedom of the people”he tweeted.

“The rule of law guarantees freedom of the press and therefore we await an investigation into this unfortunate incident”continued in a thread.

“My solidarity with Eduardo Quispe, a journalist from Cuarto Poder, who would have been deprived of his freedom by alleged patrolmen from the Chadín district in Chota (Cajamarca), and forced to read a statement in favor of the government of Pedro Castillo, to restore his freedom. ”, wrote.

“We cannot tolerate this government doing whatever it wants and acting like a dictatorship that threatens and silences anyone who doesn’t think like them. We demand respect for freedom of the press and expression”added

César Acuña – leader of the Alliance for Progress

“I condemn and demand immediate action from the MININTER and the Prosecutor’s Office for the kidnapping of journalist Eduardo Quispe from Cuarto Poder. You cannot try to silence the investigations against the environment of President Pedro Castillo. Congress must summon the responsible authorities.”public.

Ana Jara – former president of the Council of Ministers

“In Peru it is a crime to deprive another person of their freedom to move from one place to another, to decide to come and go wherever they want. It is jail for 20 to 30 years. In addition, journalist Eduardo Quispe was forced to apologize and retract his work. He could have had a human cost ”he tweeted.

After 8 at night, América Televisión interrupted its usual programming to make a link with the journalist Eduardo Quispe from Cajamarca. One of the demands to release him and his work team, made up of the cameraman Elmer Valdiviezo and a driver, was that he read the following statement live and direct.

“I am going to the country, we are in the La Palma community in the Chadín district. We find ourselves in dialogue with the peasant patrols of Chadin, who represent the interests and needs of their people. We were intervened when we were taking statements from people who do not respond culturally, asking them questions about the cases of Yenifer Paredes, who without fault is charged by the National Prosecutor’s Office, “dsaid the journalist.

He adds that as members of the press representing the Fourth Estate, “It is a false accusation, and we rectify ourselves as the press not to harm the central government and their families. In this sense, our commitment as a press ratifies some facts. We apologize to the peasant patrols of the Chadín district and at the national level for acting not according to the truth”.

“At the scene of the events we have been able to corroborate that there are critical needs in water, drainage, education and health. We make a call or the patrols make a call to the president so that he approaches the area with his ministers of state and that they can attend to the urgent needs of this community”express.

In the last part, they go to their relatives to inform them that they have been treated “in a humane way and that after reading the statement as part of the agreement we left the place in our vehicle safe and sound”. The document is signed by Eduardo Quispe, Elmer Valdiviezo and a private driver named Cabrera.

Pedro Castillo’s sister-in-law recommended Hugo Espino’s company, according to the mayor of Chadín Anticorruption Prosecutor’s Office summons the first lady for investigation of her sister for alleged influence peddling “From the criminal point of view there is no crime”: Pedro Castillo’s lawyer referred to the case Yenifer Paredes