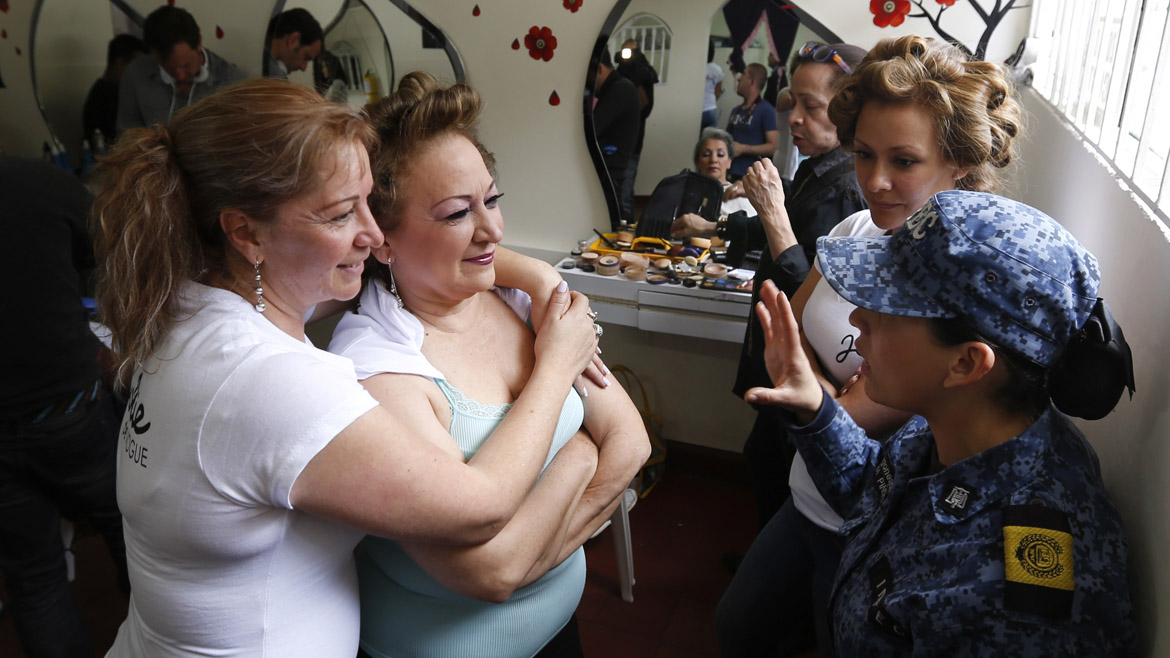 Law for the release of women deprived of liberty will go to presidential sanction PHOTO: Archive

In 2021, the Congress of the Republic filed a bill that aimed to create differential treatment for mothers who were heads of household, deprived of liberty and who had committed minor crimes. Before the processing of the normal, President Iván Duque presented a series of objections that were studied by the Constitutional Court, which recently denied said objections.

According to the Full Chamber of the high court, some of Duque’s allegations had no basis, indicating that, “The alternative measure to the deprivation of liberty, configured by the legislator, does not suppose, as indicated in the objection, the decriminalization of the behaviors or the absence of an exemplary sanction”. In this sense, the bill 093 of 2019 of the Senate and 498 of 2020 of the Chamber will go to presidential sanction.

In detail, this law provides alternative sentences to the deprivation of liberty of women heads of families who have been convicted of drug trafficking in certain circumstances, theft, financing or conservation of plantations, the illicit use of real estate and other crimes with penalties equal to or under 96 months (eight years).

With a presentation by Judge Jorge Enrique Ibáñez, the chamber rejected the presidential objections to some articles, using as an argument that the approval of this law could affect peaceful coexistence. This was rejected by the court, specifying that the option of release from prison for the aforementioned crimes does not affect their prosecution, much less moderate their reproach.

It may interest you: Jonathan Torres, confessed murderer of psychologist Adriana Pinzón, could receive a sentence reduction from 28 to 13 years in prison

For the room, the initiative contemplates the priorities of the National Criminal Policy Plan 2021-2025 -which focus on preventing crime and reducing homicide in the country-, as well as point 4 of the Final Peace Agreement -which deals with the solution and end to the problem of illicit drugs in Colombia- and the strategic objectives of the Office of the Attorney General of the Nation against the prosecution of crime.

In addition, the court ruling emphasizes that the benefits to mothers who are heads of households deprived of their liberty will only operate in compliance with the requirements of the bill and through a judicial decision, thus responding to the instrumentalization of women. by criminal gangs and armed groups, as well as the feminization of these crimes that are linked to drug trafficking. It is worth noting that the rule will not apply to those who have committed genocide, homicide or damage to property protected within the framework of International Humanitarian Law -IHL-.

Another issue that the court mentions is that the provisions that the presidency questions do not affect international protocols, since no article of the bill does not legalize criminal behavior and much less represent an alteration to criminal types.

Instead, it suggests that this bill and other instruments “must be interpreted in light of the rights and guarantees recognized in the Constitution and in international treaties on Human Rights, several of which emphasize the resocializing purpose of punishment.” and in the imperative protection of the rights of persons deprived of liberty”, especially women, highlighting that resocialization is not only achieved with imprisonment in a prison.

In that order, he said that the Congress of the Republic does have to create a penitentiary treatment that is focused on resocialization based on mechanisms that respect the dignity of the prisoner and his process of social reintegration. As an argument, the court found statistical and scientific evidence that women, in many cases, do not play a determining role within criminal structures.

The seat of senator and Christian pastor John Milton Rodríguez was saved: Council of State denied his “political death” Colombian woman who died on the island of Malta would have been intoxicated with scopolamine