In front of businessmen, “Wado” de Pedro retorted Rodríguez Larreta and called him to integrate an agreement for productive development 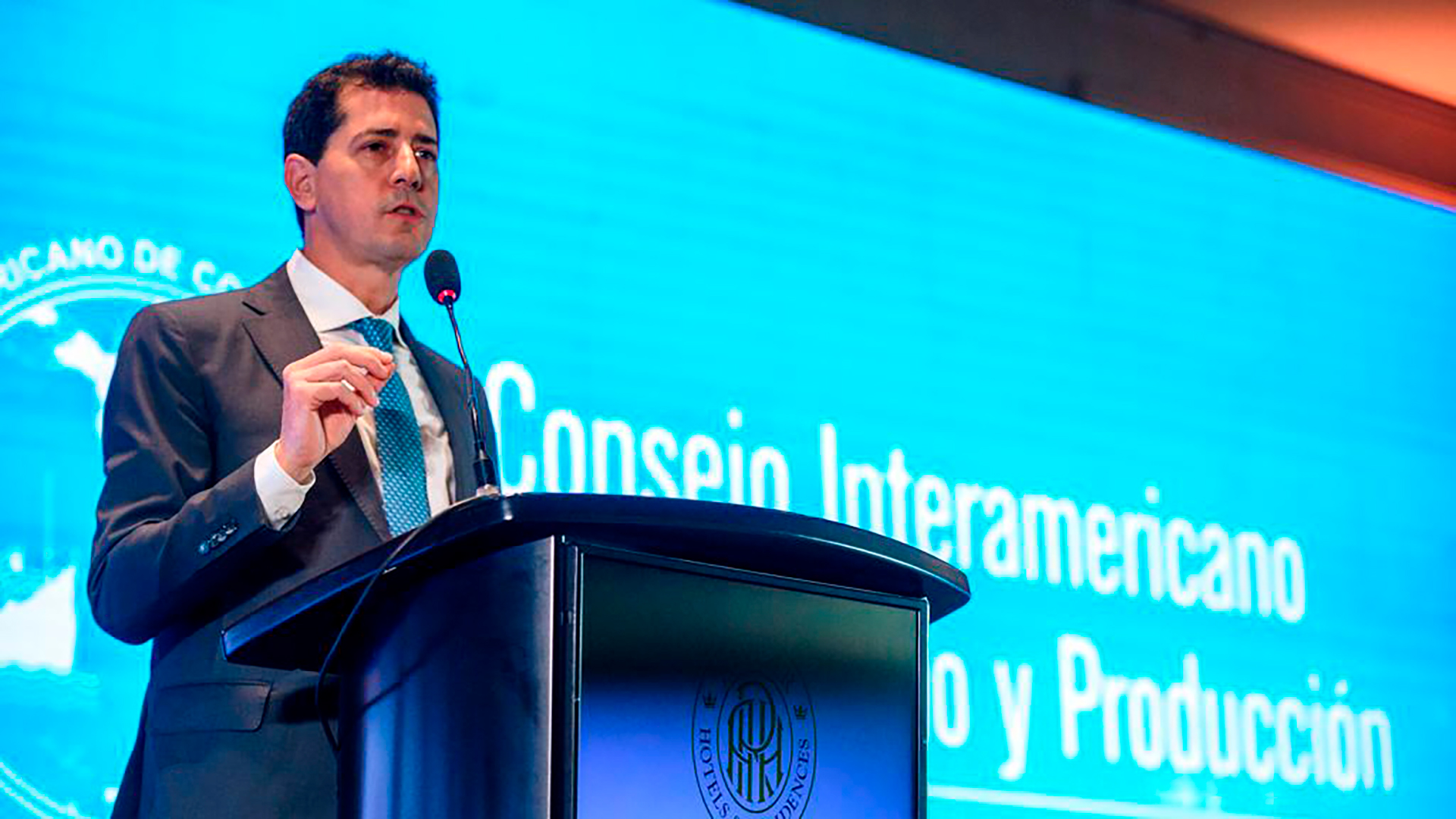 The kitchen staff at the Alvear Icon hotel in Puerto Madero was restless this afternoon. The lunch service that they had to provide at 1:00 p.m. in the event hall for the meeting of the Inter-American Council of Commerce and Production (CICyP) was postponed and their plans were altered. They did not know that the delay was due to the detailed tour that was being carried out, table by table, by the main guest, Interior Minister Eduardo “Wado” de Pedro, to greet each of the 150 businessmen who, shortly after, would listen to the plan of “Agreement for Development” that Cristina Kirchner’s bishop has been developing a year and a half ago, with the endorsement of the vice president, with an eye on the next presidential elections.

His walk through the coquettish room in the basement of the enormous building caught the attention of those present. First, because not all the guests at these meetings take this type of tour. Also, because, after all, he was a leader of the political space most questioned by the business community. And, in turn, because of the delicate political and economic context that it is going through. But the biggest surprise came shortly after, when De Pedro called, before the establishmentto the head of the Buenos Aires Government, Horacio Rodríguez Larreta, to a consensus, despite the strong criticism launched, some time ago, by the presidential leader of Together for Change.

“I listened to the speech of the head of government, who called for discussing goals with everyone except Kirchnerism. But I still want to summon Larreta, too, to agree on the production strategy. Because that consensus has to be one of the policies that cannot be changed (despite changes in government). It is the consensus of how we insert ourselves into the world, ”he launched, while midway through his speech.

Before, also strikingly, the president of the UIA, Daniel Funes de Rioja and outgoing president of the Council -today was his last day in office-, had praised him emphatically, when presenting him at the opening of the lunch: “He is part of the new generation of politicians in Argentina. He is not a young politician, he is a young politician, with experience and management. It is important to listen to it. I perceive it. As a dialogist we speak many times and he has a vision of the future”, he said. Later, even, he gave him space, during the moment of the questions, about the dessert, for the “right to reply” to Larreta, who had led the previous Council event, for the co-participation.

De Pedro avoided talking in depth about the critical political moment that the Government is going through, due to the strong exchange rate run that began last week with the deepening of the stocks on imports, and has worsened in recent days due to Guzmán’s unexpected resignation from the Ministry of Economy, harassed by the tensions with the kirchnerismo that he himself integrates. But he slipped that, despite everything, he believes that the current one is “the quietest week (to hold the meeting) because Argentina has a future.” And immediately, he added: “We have to agree.”

Meanwhile, there were strong rumors that there would be new changes in the Cabinet, after the departure of Guzmán and the arrival of Batakis. It also transpired, during lunch, that last night President Alberto Fernández, Vice President Cristina Kirchner and the head of the Chamber of Deputies, Sergio Massa, had a secret meeting last night to agree on the course to follow. But the Government did not confirm it. Close to De Pedro they said they did not know about the meeting, but slipped that this afternoon there could be news of possible new changes in the Government, without advancing anything else.

All eyes point, then, to two important events on the official agenda that will take place at five. On the one hand, the spokesperson for the Presidency, Gabriela Cerruti, will give a press conference. With the striking detail that these conferences before journalists usually take place on Thursday mornings. Today, on the other hand, it was postponed until the afternoon, initially without justification. Simultaneously, the head of La Cámpora, Máximo Kirchner, will speak at an event in Escobar, for the first time since Guzmán’s resignation was announced. That is to say, of the official against whom the Kirchnerist leader himself had railed on countless occasions since the agreement with the IMF was signed, after renouncing the ownership of the block of the Frente de Todos in Deputies.

The conversations between the businessmen, this afternoon, revolved around the endless versions that circulate about announcements about economic measures, or about name changes in the national government. There were rumors about the departure of Sergio Massa from the Presidency of the Chamber of Deputies, and a possible landing in the Chief of Staff instead of the Tucuman governor on leave, Juan Manzur. This possibility was strengthened around 4:00 p.m., when a photo that had been taken during a “work meeting” with the new Economy Minister was released from the Massa environment. Before, Batakis had spoken with the President, like every day since Sunday, to analyze the appointments in the portfolio and define the economic plan in the convulsive context of the rise in the dollar and the country risk.

Until yesterday, some Interior technicians lamented the coincidence between De Pedro’s presentation and the strong crisis. Since he returned from his high-profile tour of Israel, the minister had significantly reduced his public appearances and they hoped that today’s meeting would be a platform to display with great fanfare their federal development plan, in a high-profile meeting by the specific weight of the figures that would attend, with the added bonus that almost all of them tend to show distrust of Kirchnerism.

De Pedro had confirmed his participation more than a month ago, and considered getting off to avoid introducing more noise in the rarefied political and economic context. But the day before yesterday he decided to attend in any way, resolved to move forward with his positioning and transmit his ideas in person to the sector. And today, as he had planned, he told the businessmen that he seeks to eliminate the media and political “intermediations” with Kirchnerism, which he considers to be one of the causes of the noise between that political force and the establishment.

His participation in the business meeting of the charming hotel in Puerto Madero was one more example of the string of conversations with that sector that he undertook in 2020, when less than a year had passed since he assumed the Government. Previously, he was in the Llao Llao Forum, in the Spanish Argentine Chamber, and the Argentine Chamber of Medium-Sized Enterprises (CAME) of Córdoba -of which the dissident PJ governor Juan Schiaretti, one of the most distant leaders of the interior, was also a member. by Cristina Kirchner-, among others.

The plan that he presented to them, in which the technicians of his portfolio have been working daily, referred to the productive, infrastructure and energy details of each province, based on exchanges with governors, ministers, mayors and business chambers of all the provinces. . In meetings with his circle of trust, De Pedro often repeats that they avoid thinking of it as a “plan” for the future, but rather as a “draft”, of which several parts are already being executed, for an “agreement” between sectors to give “predictability” over the economy.