For the European Parliament, gas and nuclear are sustainable energies 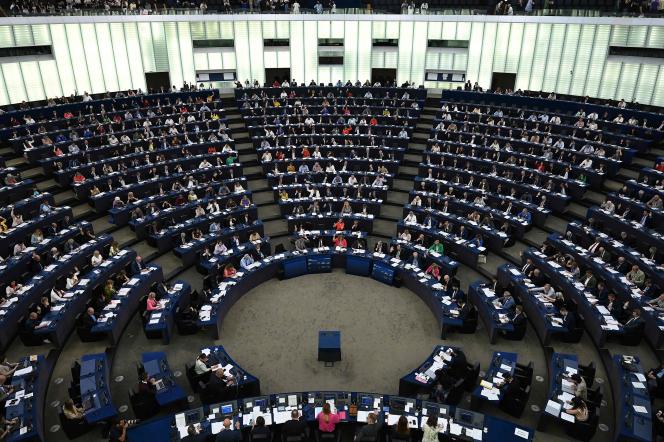 After two years of bitter battles, pressure of all kinds and tough debates, the European Parliament finally decided on Wednesday 6 July. Gas and nuclear will be included in the European green taxonomy, which lists sustainable economic activities. Fossil and nuclear gas will therefore be labeled “green”, under the energy transition, provided that they meet a series of criteria. “With this vote we took a slap, recognizes Marie Toussaint, MEP environmentalist. An anticlimate majority, which goes from the extreme right to the center, emerged in the hemicycle. »

Read also: The classification of gas and nuclear as “sustainable” energies validated by MEPs

MEPs had to vote on a delegated act, which could be compared to a decree, proposed by the European Commission in application of the European regulation on taxonomy. Proponents of a rejection of the text gathered only 278 votes instead of the 353 they would have needed to obtain an absolute majority. For them, it’s a cold shower. “It’s a terrible political signal that the European Union is sending,” comments Aurore Lalucq, from the Socialists and Democrats group. The Green Deal continent will now affirm that gas, a fossil fuel, is green energy. “ Conversely, Agnès Evren (MEP from the Les Républicains party), expressed in a press release her “support for this delegated act, essential for the energy future of Europe”.

The vote was not as tight as announced. It even takes the opposite view of the positions expressed by a majority of MEPs, meeting on June 14 in the Environment Committee and in the Economic and Financial Affairs Committee, who largely voted against the Commission’s text.

The balance of power was therefore reversed. On the one hand, the Greens, the left of the left and most Socialists and Democrats voted overwhelmingly for the rejection of the delegated act which they strongly decry.

On the other, in the center and on the right, the scattering was less strong than expected. On the right, within the European People’s Party (EPP), only 37 deputies out of 176 joined their voices to the left and the ecologists, including German deputies with significant political weight, Markus Ferber of the CSU and Peter Liese of the CDU. The latter explained his political choice by the fear that the inclusion of fossil gas in the taxonomy would ultimately benefit Russia. But these voices remained in the minority.

Read also: Article reserved for our subscribers Energy transition: “Getting out of fossil fuels as soon as possible”

The French EPP delegation enthusiastically supported the delegated act in support of the French nuclear industry. The undecided may have tipped over thanks to last-minute Ukrainian arguments, with the sending, on July 5, of a letter from the Ukrainian energy minister to MEPs. The latter suggested that they support the proposal for a delegated act, praising the role of nuclear power and the domestic gas sector in the reconstruction of the country.

You have 53.23% of this article left to read. The following is for subscribers only.