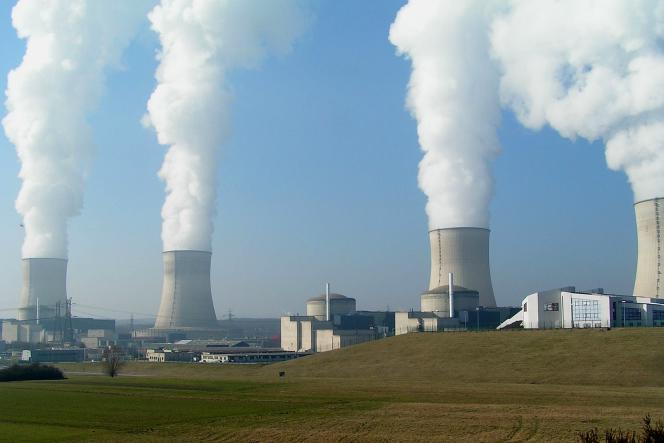 The vote was expected to be tight, the subject divided even within the political families. MEPs validated, on Wednesday July 6, the green labeling project for nuclear and gas power plants, two energy sources considered by Brussels as necessary to reduce greenhouse gas emissions.

MEPs had to say whether or not they approved of an objection, adopted on June 14 by the parliamentary committees for economic affairs and the environment, synonymous with a veto against the text of the European executive. Such a rare rejection would have been a slap in the face for the European Commission.

Read also: Article reserved for our subscribers The European Parliament sharpens its weapons against the classification of nuclear power and gas as “sustainable” energies

This classification (known as a taxonomy) should help mobilize private funds for these projects. It is part of the EU’s objective of carbon neutrality by 2050. But the recognition of the contribution of gas and nuclear to the fight against climate change, although carried out on the basis of expert reports, has the anger of environmental organizations which denounced a “greenwashing” operation. Until now, the “green” label was reserved for renewable energies.

As of Tuesday, organizations for the defense of the environment demonstrated in Strasbourg. Some 150 people marched towards the seat of the European Parliament, before a debate in plenary session. “Nuclear will not save the climate,” read one banner.

The controversial text, presented in January by the Commission, classifies as “sustainable” certain investments for the production of electricity in nuclear power stations – which do not emit CO2 – or gas-fired power stations, provided that they mobilize the most advanced technologies. And, for the latter, that they make it possible to close much more polluting coal-fired power stations.

Read the forum: Article reserved for our European subscribers: “By decreeing green nuclear energy just like natural gas, we are burying the taxonomy”

In the hemicycle, the anti-gas also gave voice on Tuesday. Especially since the news of the war in Ukraine, which has highlighted the danger of dependence on Russian hydrocarbons, has reinforced the hostility of certain elected officials. “There is nothing sustainable in fossil fuels,” said Swedish MEP Emma Wiesner (Renew group, liberal). “How can we ask other countries to reduce their use of fossil fuels if we classify them as green? This will harm the Paris agreement, ”said Dutchman Bas Eickhout (Greens).

“Temporarily essential for the transition”

“No one is saying that gas and nuclear are green energies, but they are temporarily essential for the transition. We must use all the tools to do without oil and coal as a priority,” pleaded French MEP Gilles Boyer (Renew). The EU taxonomy “gives priority to renewables and energy efficiency”, recalled Financial Services Commissioner Mairead McGuinness, who came to defend her text in Strasbourg.

But the EU executive believes that renewable energies alone will not be able to meet the growing demand for electricity due to their intermittent production. Hence the need, at least on a transitional basis, to also promote investment in stable and controllable means such as gas and nuclear.

The “green” label for these two energy sources has already received the approval of the Member States. Only eight countries, including Germany, Austria and Luxembourg, expressed their opposition, during consultations led by the French Presidency of the Council of the EU, far from the “super-majority” of twenty countries necessary to block the project. France, which wants to revive its nuclear sector, and central European countries such as Poland, which must replace their coal-fired power stations, are on the other hand behind the Commission.

Bolsonaro: “My concern is that Brazil follows the path of Argentina, Colombia, Venezuela and Nicaragua”

Shooting in Puerta de Hierro: They do not know the cause that caused the shooting in Zapopan

Bolsonaro is on the heels of Lula, a second round will have to decide between them on October 30