This is what Andy Ruiz looks like two months before his new fight against Luis “King Kong” Ortíz.

After training for more than a year under the orders of Eddy Reynoso, Andy Ruiz Jr. left the Canelo Team to direct his preparation for one of the most important fights in the most recent years of his career. Alfredo Osuna is the new character in charge of his camp and, through his social networks, the former heavyweight champion showed the intensity of his training.

With a physical form markedly different from the one he wore when he rose to fame for beating Anthony Joshua, the American boxer seeks to recover the knockout power that led him to become unified champion of his category. To do this, in his new work plan, he performs exercises whose primary purpose is to provide his blows with speed, as well as power to hurt the opponent.

In the videos published through his Instagram account, the Destroyer He showed the power of his gloves with a series of combinations to give his hooks more precision. In the same way, with the most basic combination of punches in boxing, that is, the one-two, he trained his jab and cross with slaps loaded with speed and power on the pads that his trainer held in one of the corners of the ring. . 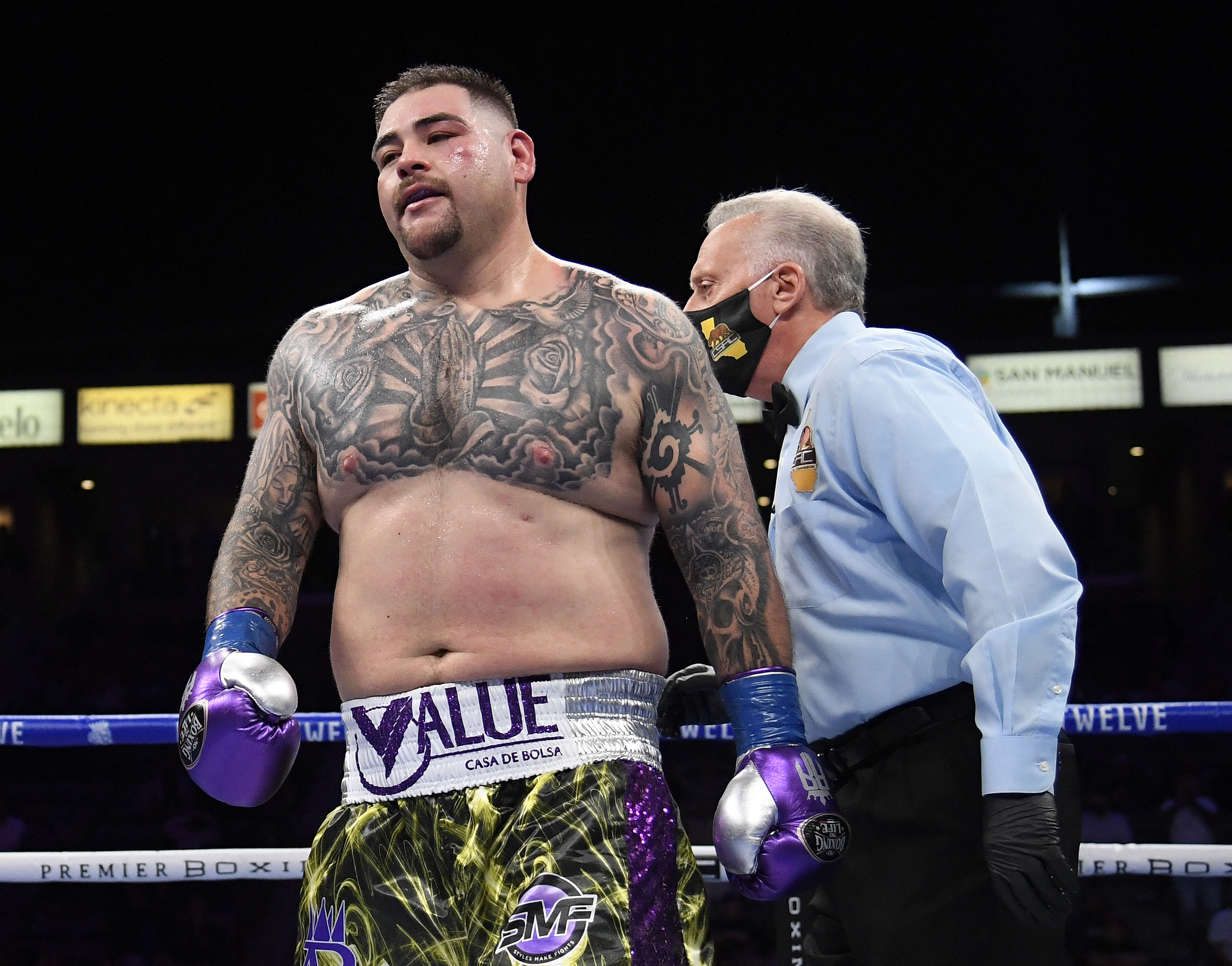 Andy Ruiz will return to the ring with his new coach Alfredo Osuna (Photo: Harry How/AFP)

That has not been the only video where Ruiz Jr. has demonstrated his training process towards the fight against King Kong. On June 29, 2022, he released another material where, in addition to exercising his muscular resistance with a plank exercise, you can see the remarkable weight loss that began when he was preparing next to the Canelo Álvarez, as well as a better definition in his body.

According to the boxer’s own statements, one of his main goals is to achieve his best physical version and be able to overcome the obstacles that made him lose the heavyweight crown in the rematch fight against Anthony Joshua. And it is that, unlike the first chapter of his rivalry against the British, for the scheduled duel in Saudi Arabia he appeared 7 kilograms overweight that took its toll on him in the ring.

On the contrary, for the confrontation against the Cuban King Kong Ortiz, scheduled for Saturday, August 13 at the Crypto Arena, formerly the Staples Center, in Los Angeles, California, the Imperial Valley native will seek to meet the minimum weight requirement for his category (90 kilograms), although with greater force, ability and aerobic capacity to meet the challenge.

Hunting prohibited in the burned massif of the Montagnette