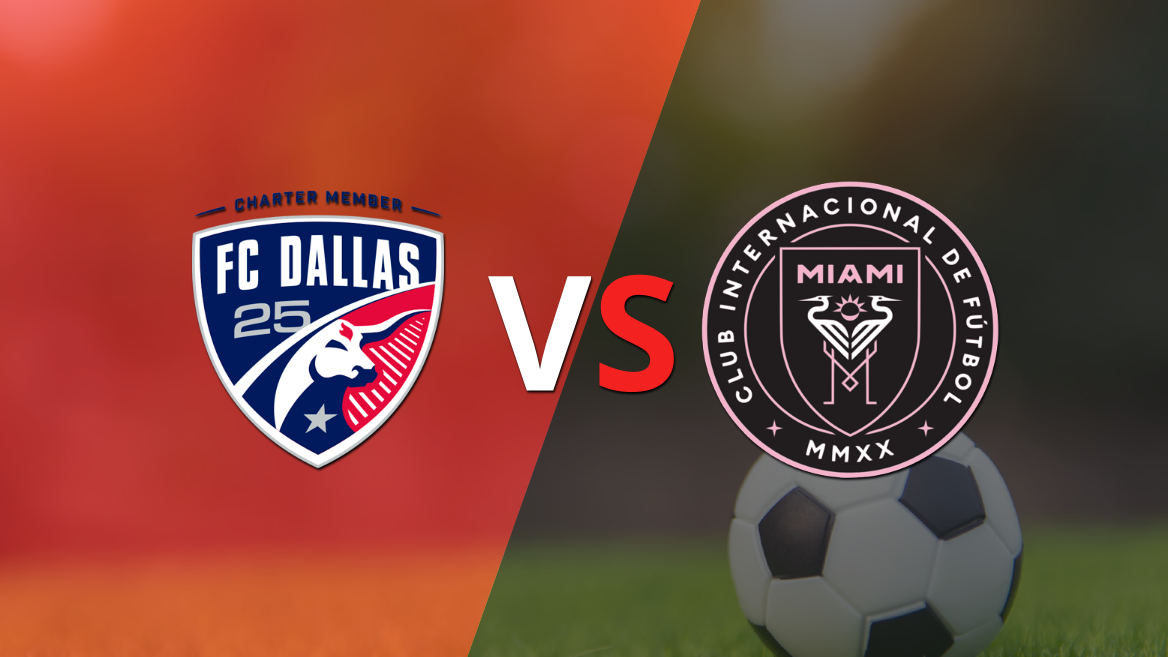 The second half began at Toyota Stadium and FC Dallas is beating Inter Miami 1-0.

After the victory obtained in the previous day, the visiting team wants to maintain the enthusiasm of its supporters. The local needs to add three to three after his defeat in the last game.

FC Dallas is coming off a 1-3 loss against Los Angeles FC. In the previous 4 days, their results were varied: they have won 1 match, lost 2 and 1 was a draw.

Inter Miami is coming off a 2-1 win against Minnesota United. In the last dates he obtained 2 wins, 1 loss and 1 draw.

The designated referee for the match was Alex Chilowicz.

The team led by Nicolás Estévez set up their game with a 4-3-3 formation with Maarten Paes in the arch; Nanu Gomes, Matt Hedges, Jose Martinez and Marco Farfan on defense; Tsiki Ntsabeleng, Facundo Quignon and Paxton Pomykal in midfield; and Paul Arriola, Jesus Ferreira and Alan Velasco up front.

For their part, those led by Phil Neville stand on the court with a 3-4-3 strategy with Drake Callender under the three sticks; Damion Lowe, Ryan Sailor, Christopher McVey on defense; DeAndre Yedlin, Víctor Ulloa, Jean Mota and Robert Taylor at midfield; and Indiana Vassilev, Gonzalo Higuaín and Ariel Lassiter up front.