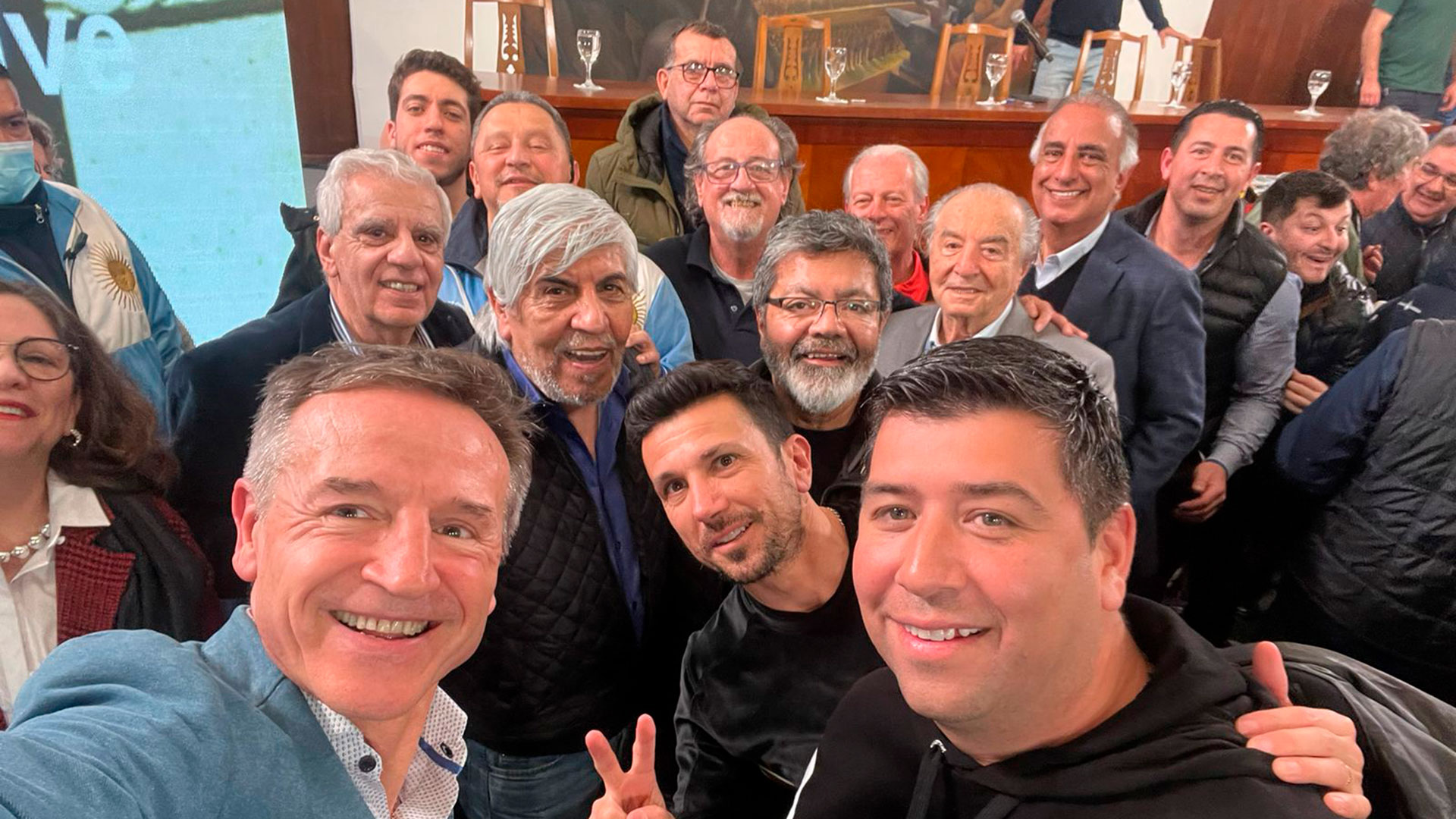 Leaders of the CGT and Hugo Moyano, in the act of Alberto Fernández last Friday

This time there were coincidences, rather than fissures, and assistance from all sectors. That is why the results of the extended meeting held yesterday by the small table of the General Confederation of Labor (CGT) are transcendent: in a critical climate of the internal fight in the Front of All, the leaders agreed to have “a more active role” to defend the trade union model, the free unions and the social work system and, at the same time, set in motion the internal mechanisms to carry out a protest mobilization.

These are the most obvious indications that trade unionism, in its different fractions, may end up in the streets to demand that “workers’ rights” be respected, although, in fact, it will be a way of drawing the attention of political power, according to what was said at the meeting of some 15 trade unionists at UPCN, between 7 and 9 p.m.

The significant thing is that all the CET leaders agreed on their concern about the economic situation and decided not to release any statement on the appointment of the new Minister of Economy until she takes her first steps: there is no mistrust, but there is caution about the economic direction of the government. At yesterday’s meeting it was questioned that the Casa Rosada continues without clearly defining an anti-inflationary plan: “We closed high increases in the parity, but the next day they are outdated because prices do not loosen,” complained a trade unionist. 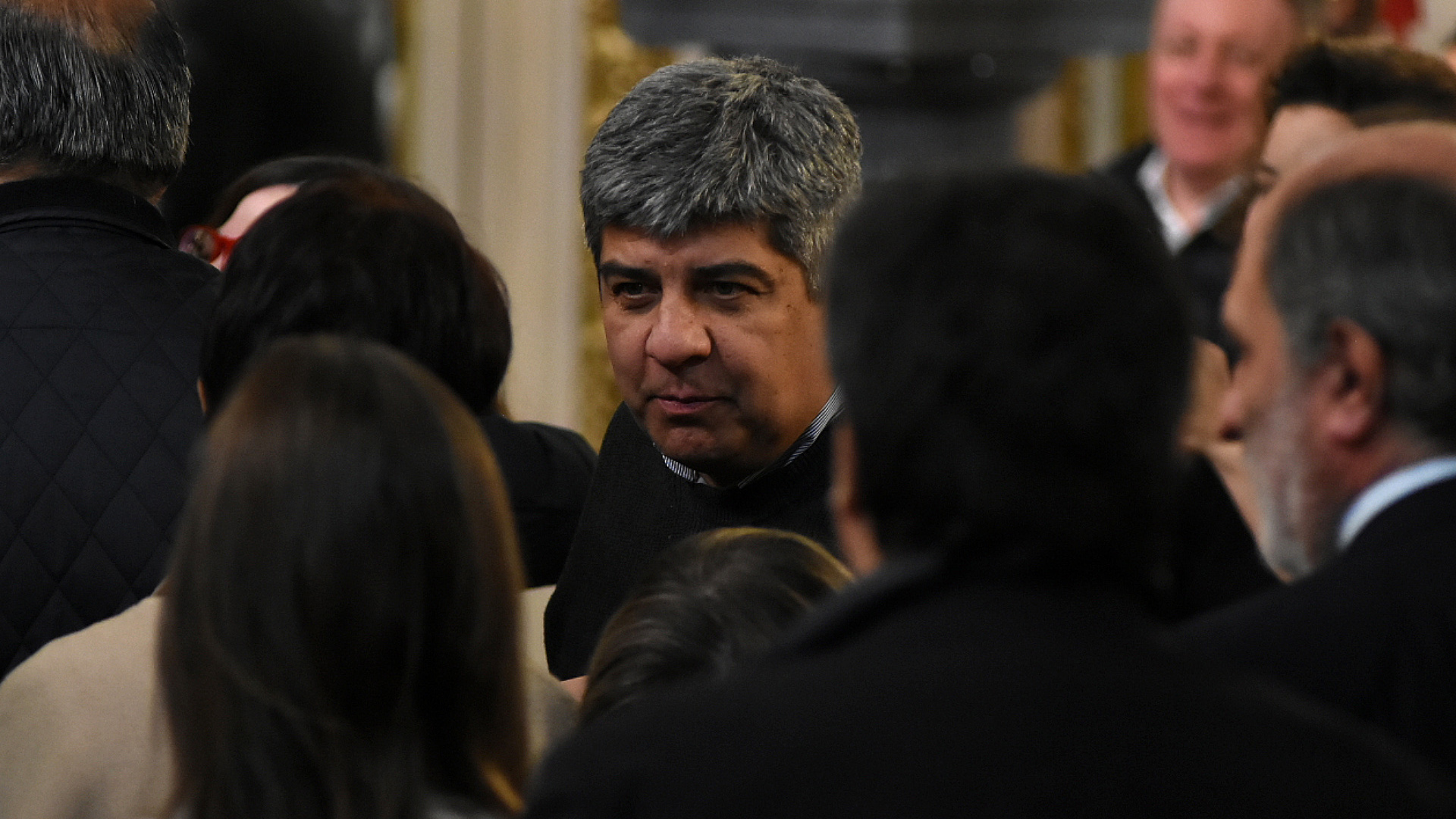 Even so, a handful of members of the CGT attended Batakis’ inauguration yesterday afternoon, at the Casa Rosada, as a way of giving institutional support to the new official and, above all, to the President. More emphatic was the leader of the Truckers’ Union, Hugo Moyano, who was at the minister’s swearing-in and when leaving the Government House questioned the absence of Cristina Kirchner: “It would have been good if she came,” he told Radio La Red .

At UPCN, the union leadership discussed the situation of “extreme weakness” in which Alberto Fernández was left after the resignation of Martín Guzmán and the advance of Cristina Kirchner to impose a replacement on him in Economy, for which they agreed to “not participate in the internal of the Front of All” and “work so that the institutionality is respected”, that is, so that the President can finish his term without anxiety or attempts to make him leave before December 2023.

It is that several referents of the CGT suspect the intentions of the Vice President: in general they do not believe that she is betting on displacing Alberto Fernández to assume the Presidency, but she does continue to wear him down so that he pays the costs of the economic adjustment and remains intact from the point of view of electoral point of view to be competitive at the polls.

In that sense, there were leaders who insisted on politically shielding the Minister of Labor, Claudio Moroni, with whom the CGT maintains an unbeatable relationship, and trying to prevent him from being pushed out of the cabinet by hard-line Kirchnerism. In the labor union they have sworn to prevent someone linked to La Cámpora or Héctor Recalde, the former deputy aligned with Cristina Kirchner, from landing in Labor, from where they have long sought to take over the labor portfolio. 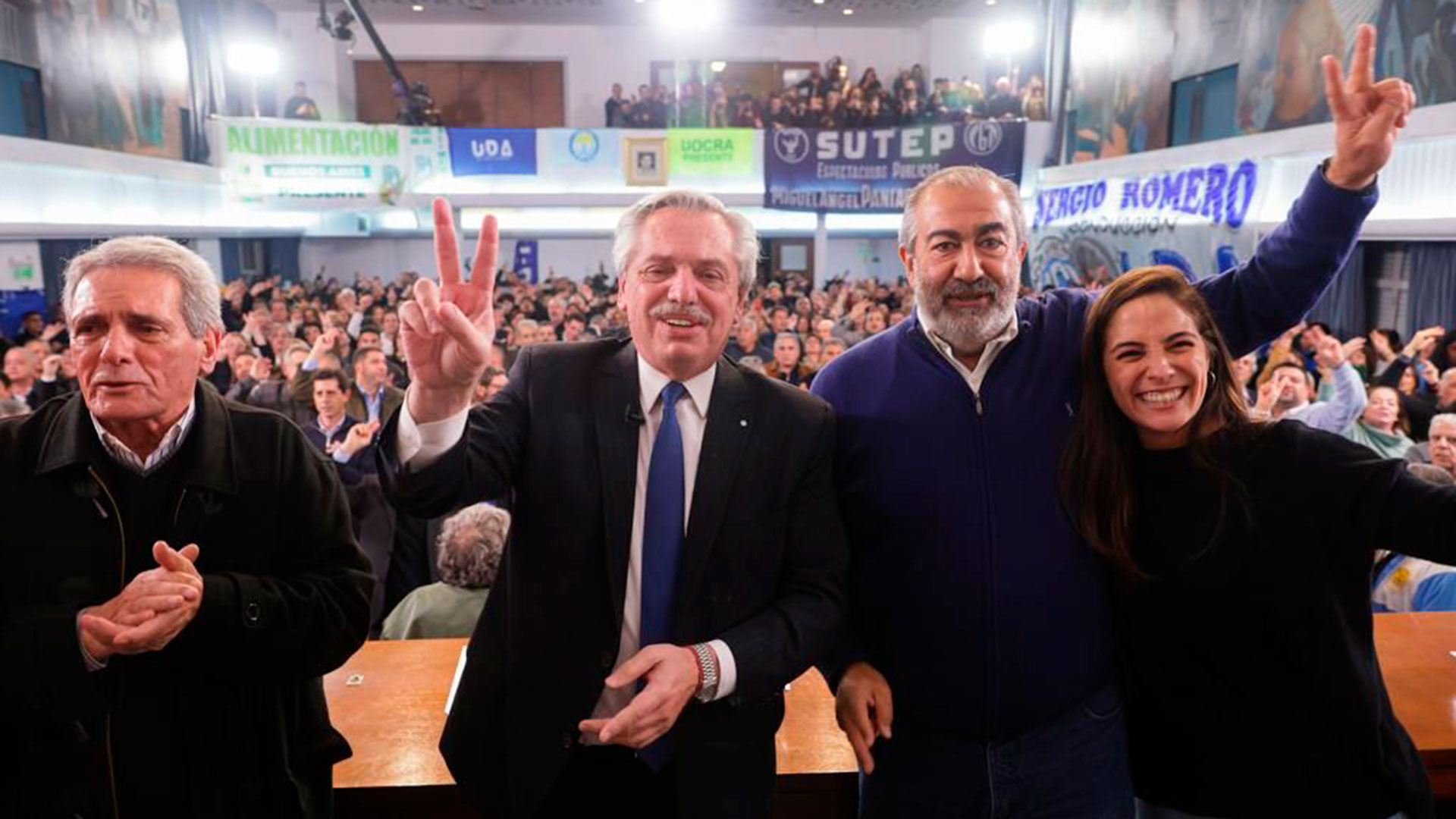 Carlos Acuña, Héctor Daer, Alberto Fernández and Daniela Merino, from the Juventud Sindical, at the end of the event at the CGT

The meeting at UPCN was going to be limited to the small table, but finally it was extended to other sectors: that is why there were members of the union alliance that manages the CGT, such as Héctor Daer (Health), from “los Gordos”; Carlos Acuña (service stations), from the Barrio Nuevismo, and Andrés Rodríguez (UPCN), Gerardo Martínez (UOCRA) and José Luis Lingeri (Obras Sanitarias), from the independents, but there were also exponents of Moyanism such as Pablo Moyano (truck drivers) and some of its allies, such as Mario Manrique (SMATA). Also present were Guillermo Moser (Luz y Fuerza), who belongs to the Unions on the Move for National Unity (SEMUN) movement, and other leaders such as Abel Furlán (UOM), Sergio Romero (UDA), Rodolfo Daer (food), Jorge Sola (insurance), Juan Carlos Schmid (dredging and marking), Mario Calegari (UTA), Víctor Santa María (building managers) and Norberto Di Próspero (legislative employees).

Almost all of them spoke, and most of them criticized Alberto Fernández and Cristina Kirchner, although in the end the idea of ​​keeping an eye on the economic announcements that Batakis will make before giving an opinion prevailed. The need to arrange an urgent audience with the new minister was even raised: in addition to an anti-inflationary plan, the leaders want guarantees that the Government will now help social works to overcome their financial deficit, as Alberto Fernández promised them again on Friday passed before the act in the CGT.

Of course, that presidential commitment was made in front of Guzmán, who until then withheld funds to compensate for disability benefits, which represents the largest percentage of expenses of the social work system. Will Batakis give the CGT what he is demanding? Also due to union doubts, which do not dissipate, the workers’ union will advance towards its street mobilization: it will be formally debated by the CGT Board of Directors on July 14, the same day that INDEC will publish June’s inflation. Apparently, the CGT is preparing its own Independence Day.

Silvina Batakis took office in Economy with the support of Peronism, but with little presence of businessmen“They are going to make us hit the wall”: the harsh diagnosis of Macri and Carrió on the new stage of the Government