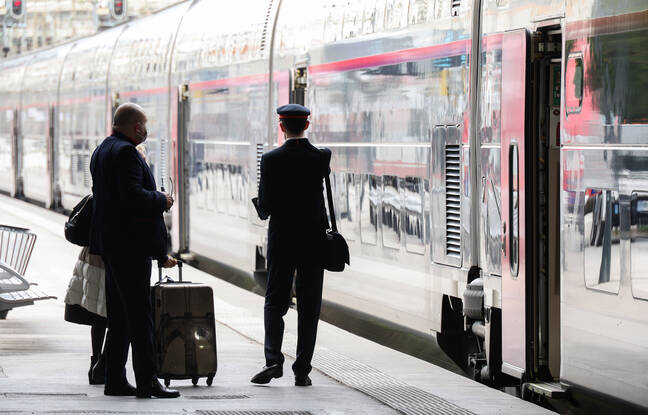 TER traffic should be severely disrupted on Wednesday July 6 by a strike, while around a quarter of TGVs should be canceled on the eve of the summer holidays, SNCF Voyageurs said on Monday.

Only 2 out of 5 TER should circulate: the detail region by region must still be specified. On the TGV side, 3 out of 5 trains should run on the East axis, 3 out of 4 trains on the North and Atlantic axes, and 4 out of 5 trains on the South-East axis. 2 Ouigo out of 3 should be maintained, while international traffic (Eurostar, Thalys, Lyria) should be “near-normal”, according to SNCF Voyageurs.

The four representative unions of the SNCF – CGT, Unsa, SUD-Rail and CFDT – have called for a strike to demand wage increases in the face of soaring inflation.

Local traffic in Ile-de-France should also be very disrupted, with one in two trains on lines B, C, D, E of the RER, and on lines J, L, N, R, U of the Transilien. Many Intercités should be removed, with one train in three on average, and no traffic on the Nantes-Bordeaux, Nantes-Lyon or Toulouse-Hendaye lines. Night trains are canceled on Wednesday evening, with the exception of Paris-Nice.

Holidays “not threatened”, says the CEO

The CEO of the SNCF Jean-Pierre Farandou had estimated at the end of June that departures on vacation were “not threatened” despite this call for a strike, assuring that the railway workers would be increased.

“We put the subjects on the table, we try to build a balance, because increasing wages is one thing, but there is also an economic issue: it costs and we have to pay attention to the impact on the price of tickets for example, ”added Mr. Farandou on Public Senate. “At the end of the year, the company must remain balanced so as not to cost the country”.