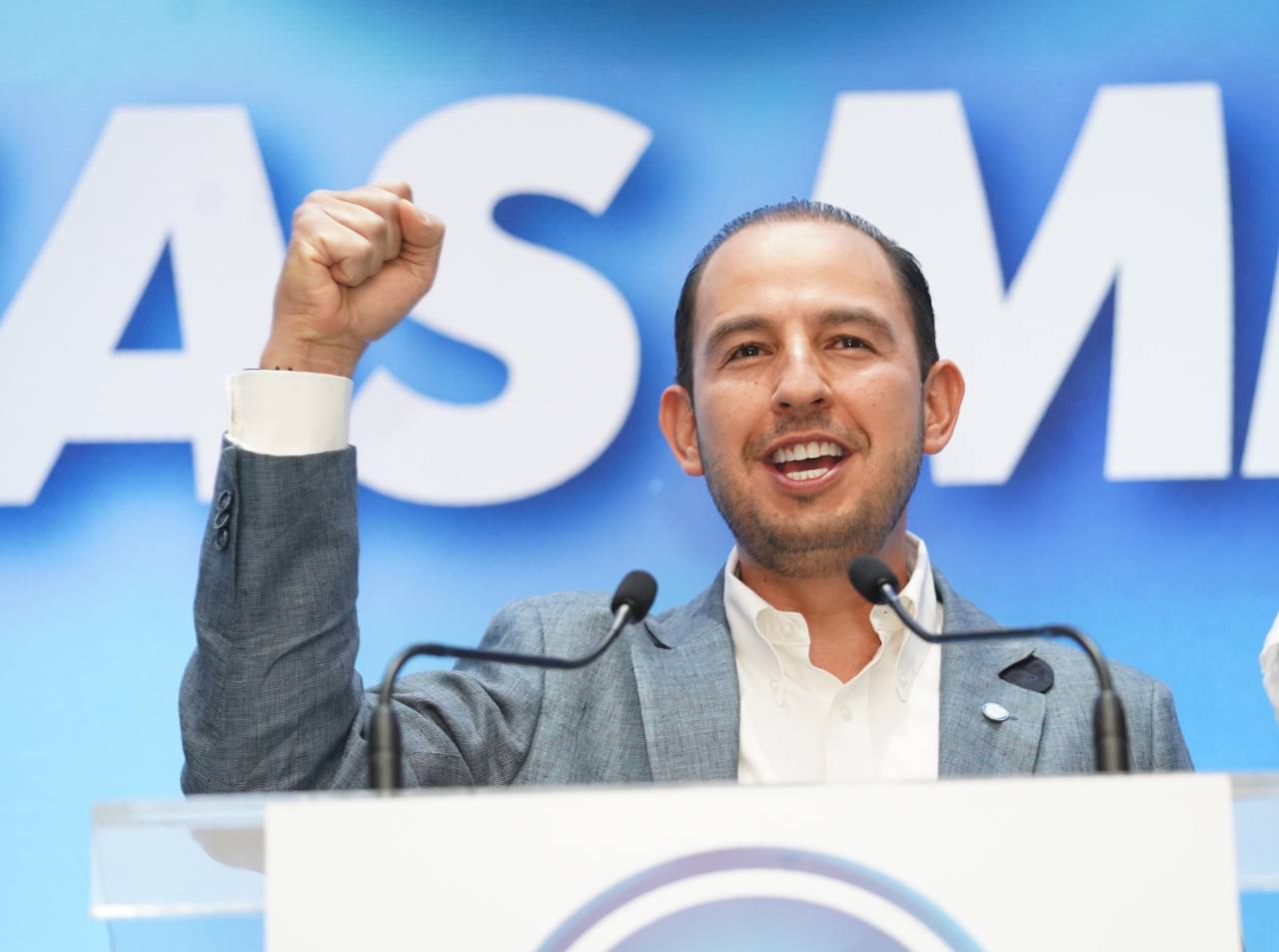 Marko Cortés condemned the performance of Claudia Sheinbaum in the face of the crisis in the Metro (Photo: Courtesy PAN)

Marko Cortés, president of the National Action Party (PAN), struck Claudia Sheinbaum, head of government of Mexico City, for the breakdowns that occurred in the Metro Collective Transportation System (STC), which occurred on lines 9 and 2, for which the service had to be temporarily paralyzed.

Through social networks, the leader of the albiazul declared this Monday, July 4, that the head of government, instead of addressing the mobility crisis caused by the fires in the capital’s Metro, participates in proselytizing acts to promote his image in the face of the presidential elections of 2024.

“The Metro is in chaos. Today thousands of users are affected by a short circuit on line 2, last week it was line 9. But Claudia Sheinbaum walking in partisan events while the city falls apart. The good news is that # SíHayDeOtra and in 2024 they will leave”

First, on Friday the 1st, a fire at the Line 9 Velodrome station disabled a Metro convoy and paralyzed the line for a few hours, due to a short circuit generated by a metallic object in the station.

On its own, the STC pointed out that a user dropped an umbrella on the tracks, which became entangled in the train’s power brushes, causing a short circuit that in turn sparked a fire in the car, for which reason that evict all users and consequently affected the circulation of trains.

Later, on Monday morning, an explosion occurred between the Villa de Cortés and Xola stations on Line 2, surprising users and passers-by on the Tlalpan road, in the Benito Juárez mayor’s office. Later, thanks to the work of multiple teams from the Metro Collective Transportation System, service was restored on the entire line 2 before 10:00 a.m. (Central Mexico time), it should be noted that the incident occurred around 07:00: 00 hours (Central Mexico time).

In interview with On the radioengineer Guillermo Calderón Aguilera, general director of the Mexico City Metro, stated that it was a short circuit in the rectification substation located between the Xola and Villa de Cortés stations on Line 2 that caused the explosion.

He also reported that he will request the Mexico City Attorney General’s Office (FGJCDMX) to carry out an investigation, since supposedly yesterday maintenance and revision was provided to the transportation system line. According to the official, he expects specialized experts and technicians to determine what happened at the rectification substation to rule out presumed sabotage and be certain that it was an accident.

Along with Marko Cortés, PAN senators Kenia López Rabadán and Xóchitl Gálvez spoke out against the activities of Sheinbaum Pardo and agreed that the management of the doctor in Environmental Engineering is not competent for the position she holds.

“Two days ago there was a fire on Line 9, today Line 2 is on fire! In the face of the Line 12 tragedy, AMLO and Claudia Sheinbaum have kept a complicit and deadly silence. THE SUBWAY COLLAPSES AND SHEINBAUM IN CAMPAIGN. How many more victims Sheinbaum? ”, López Rabadán published on his Twitter account.

While Gálvez Ruiz wrote: “The Metro again. When will the CDMX government understand that the number one priority should be the mass transportation of people? They put the lives of thousands of users at stake. I insist: the infrastructure of this city urgently needs maintenance”.

They are two women: Marko Cortés recognized their possible profiles for CDMX in 2024Fire on Line 9: CDMX Metro blamed user for dropping an umbrella onto the tracksExplosion in the Metro: STC restored Line 2 service after registering a short circuit