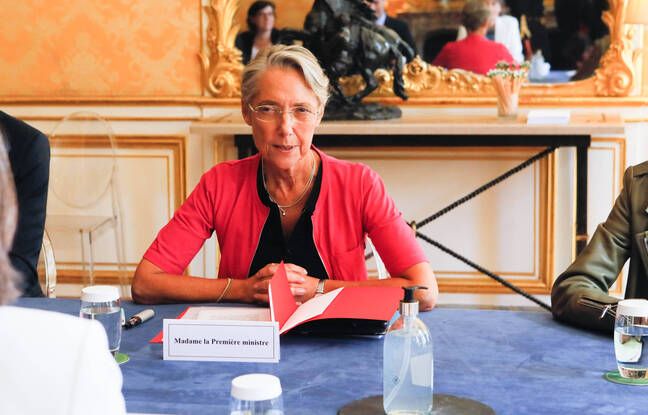 Prime Minister Elisabeth Borne will be Wednesday “the exceptional guest of the JT of “20 Hours” of TF1, live on the set of the newspaper”, announces this Tuesday evening the television channel.

Elisabeth Borne will speak at “the end of her general policy speech to the National Assembly”, continues TF1. The head of government “will give Gilles Bouleau his very first television interview since Emmanuel Macron confirmed her as Prime Minister”, indicates the channel again.

At the head of a new government announced on Monday, Elisabeth Borne presents her roadmap to Parliament on Wednesday. But, in the absence of an absolute majority, the Prime Minister will not engage her responsibility with a vote of confidence, at the risk of inflaming the opposition, and in particular the left alliance Nupes, which will table a motion of censure.

The Prime Minister will deliver, before the deputies at 3 p.m., then the senators at 9 p.m., the traditional declaration of general policy, which allows her to set out both her style and her program, in the forefront of which is the long-awaited purchasing power law.