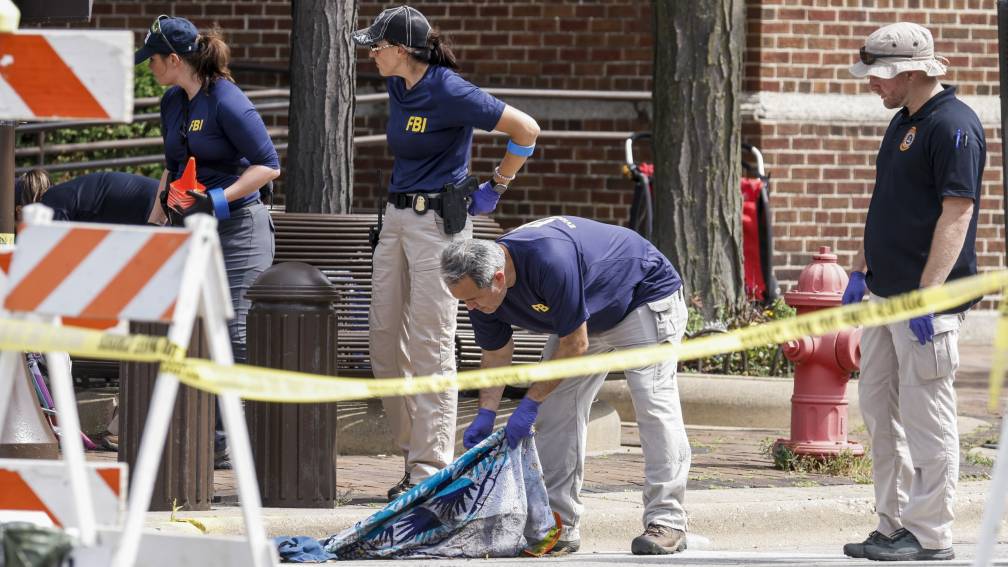 The man suspected of yesterday’s attack in a Chicago suburb has legally purchased his firearm, according to police. He would also have worn women’s clothing so that he was less noticeable between fleeing bystanders after the shooting.

The motive of the arrested suspect is still unclear. The police do state that 21-year-old Robert E. Crimo III has been preparing the attack for weeks. He allegedly opened fire from a rooftop at an Independence Day parade in suburban Highland Park.

Six people were shot dead in the attack and more than thirty people were injured. The victims are between 8 and 85 years old. Police said the gunman fired more than 70 rounds.

This photo has been distributed by the police of Crimo

After the attack, the firearm was left on the roof; the shooter had run off. Authorities say suspect Crimo pretended to be a bystander of the massacre while fleeing. Partly because he was wearing women’s clothing, according to the police, he was not recognized by officers as a possible gunman.

To his mother’s house

The Chicago Tribune reports that the suspect then went to his mother’s house. Crimo is said to have borrowed her car. He was arrested by officers after an hours-long manhunt. Another gun was found in the vehicle. This firearm also turned out to be legally purchased.

Crimo is said to have posted various violent videos on social media. He was active there under the alias Awake The Rapper. The videos include drawings of shootings.

The United States is regularly hit by attacks like the one in Highland Park. Last year, according to the FBI, there were 61 shootings in which one person tried to kill as many people as possible in a public place. This was the highest number in twenty years.