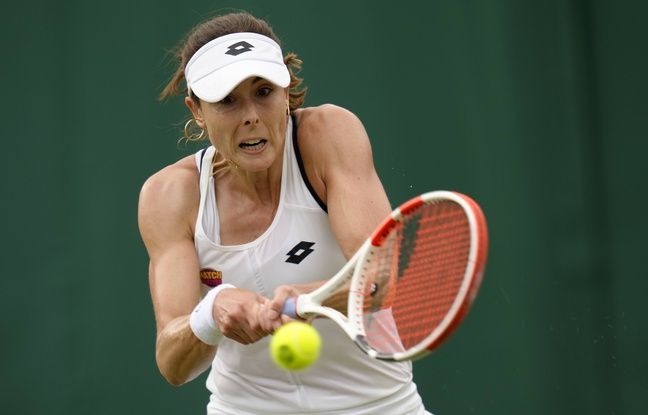 France no longer has a representative at Wimbledon. Harmony Tan, 115th in the world, then Alizé Cornet, 37th, were eliminated in quick succession on Monday in the round of 16 of the tournament where they were the last French women competing in singles.

Cornet was beaten by Australian Ajla Tomljanovic (44th) 4-6, 6-4, 6-3 and will therefore not do better than in 2014 when she reached the 8th of the Major on grass for the first time. For her part, Tan, who had beaten Serena Williams in the first round, was more clearly dominated by the American Amanda Anisimova (25th) 6-2, 6-3.

A feat and a record for Cornet

32-year-old Alizé Cornet has shown signs of pain in her thighs at times. But as usual, she did not give up and fought until the end. She had achieved the feat in the previous round of beating the world No.1 Iga Swiatek, thus ending the series of 37 consecutive victories of the Pole.

But as in 2014, when she beat the current world No.1 Serena Williams, the Frenchwoman failed to confirm in the 8th. Since 2014, she had not passed the 3rd round in London. She also leaves the tournament with a record. Alizé Cornet has equaled the women’s of 62 Grand Slam tournaments played consecutively held by Ai Sugiyama. She had waited for her 60th, in January in Australia, to reach the quarters of a Major for the first time.

Tan still uncertain for the US Open

For his part, Harmony Tan had never passed three rounds in a tournament on the main circuit and had never passed the second round in a Grand Slam (Australia 2022 and Roland-Garros 2021). At 24, she therefore has every reason to savor after her fine run at Wimbledon. However, his joy could unfortunately quickly fall. Although she reached the round of 16, she was not sure on Monday of being able to play the US Open which begins on August 29.

The reason ? The absence of points distributed by the WTA and the ATP at the London tournament whose authorities refused Russian and Belarusian players in retaliation for the war in Ukraine. “As I was here this week, instead of having two tournaments, I only have one left to be in the cut at the US Open,” explained the 24-year-old player, indicating that she was registered “on clay in Latvia next week”.

If points had been distributed at Wimbledon, she would have scored more than enough to directly enter the main draw of the last Major of the year, which she only played once, in 2018. Under current conditions, besides the possibility of collecting points in Latvia, there is also the possibility of obtaining an invitation.