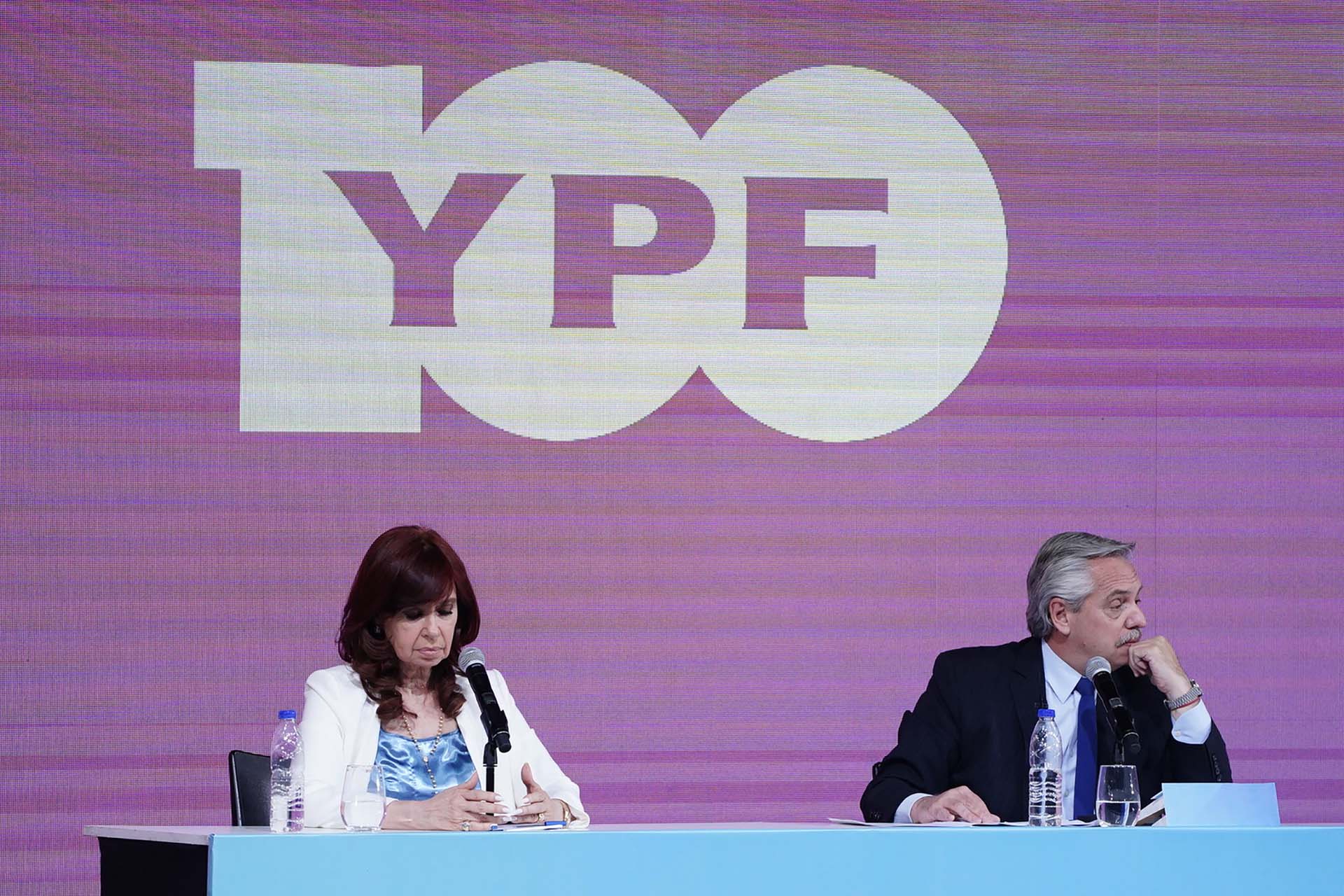 When it seemed that the telephone dialogue that Alberto Fernández and Cristina Kirchner had on Sunday to agree on the appointment of Silvina Batakis would be the first step to direct the relationship between the two and relaunch (once again) the Government, the dinner that the President and the Vice President confirmed that the differences between the two persist. Not even the turbulent resignation of Martín Guzmán served the presidential couple as a reality check: the internal of the Front of All announces new chapters.

Alberto Fernández and Cristina Kirchner met this Monday at the Quinta de Olivos with the aim of smoothing things over after the departure of the Economy Minister. As confirmed to Infobae, the head of the Senate arrived at the presidential residence at 9:15 p.m. and the two of them had dinner alone, something that had not happened for a long time. In fact, the last time the faces were seen was more than a month ago when they shared the act for the 100 years of YPF.

It was more than two hours in which the cold and tense climate prevailed in the environment. The different views on the economic situation of the country and the way out of the crisis continues to be a nodal point of conflict between the President and his Vice President.

On the table they exposed their differences regarding public spending. Cristina Kirchner insists that it must be expansive regardless of whether the goal agreed with the International Monetary Fund is not met; while Alberto Fernández continues to maintain that spending moves the economy but that Argentina must respect what was agreed with the multilateral credit organization.

CFK demanded – this time in private – the Head of State that the management of social plans be in charge of mayors and governors, that state assistance cease to be outsourced through organizations. I argue that it was objected by the president who has the support of the Evita Movement, led by Emilio Pérsico and Fernando “Chino” Navarro, who are facing the head of the Senate. 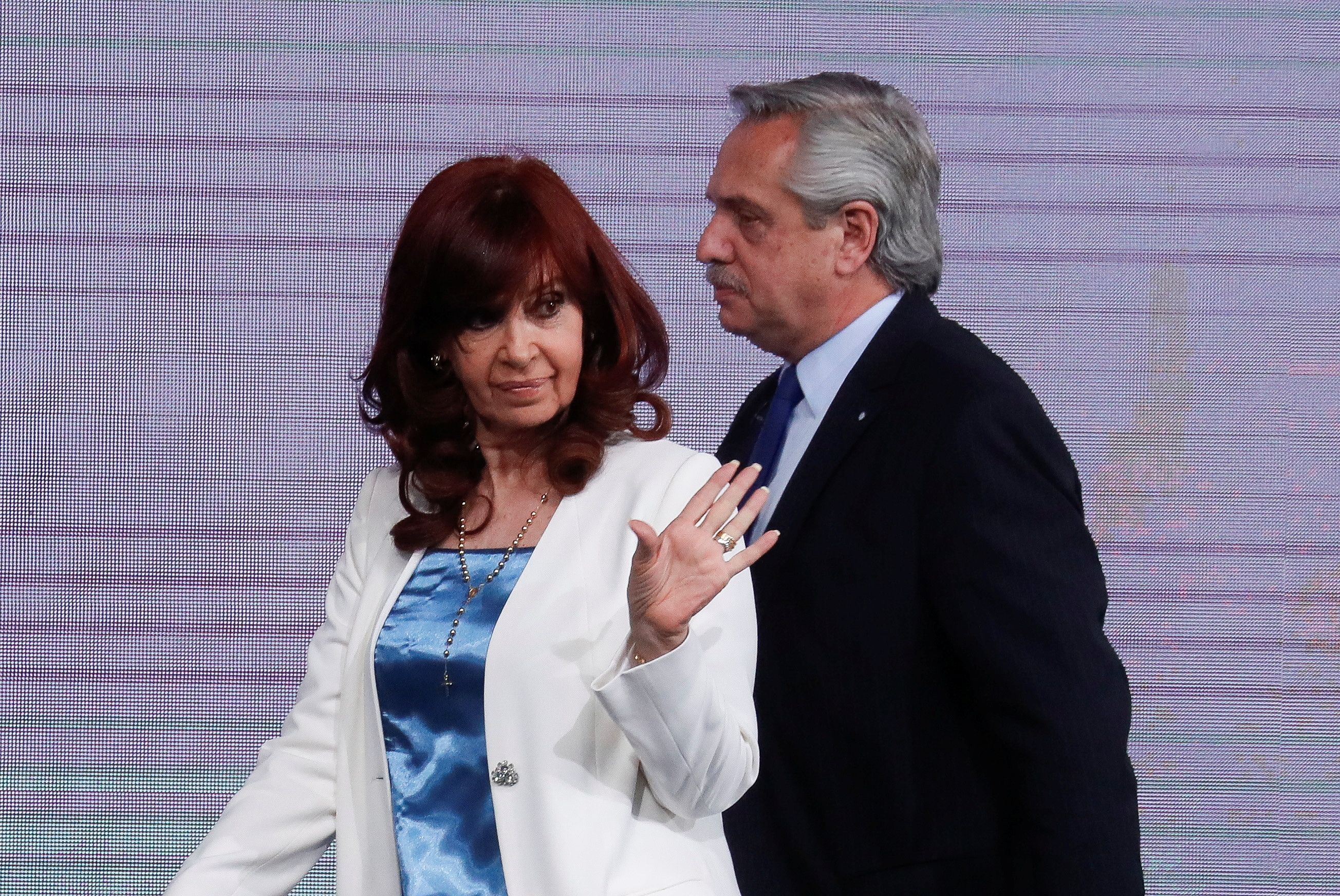 Perhaps the least tense moment of yesterday’s dinner was when Fernández told him about his trips to the Summit of the Americas and the G7 that took place in Germany. The President also conveyed his expectations for the meeting that he will hold with Joe Biden at the end of the month in Washington.

After the meeting, a source from Olivos summarized the meeting with Infobae with a blunt comment: “It was more of the same.”

The main referents of the Front of All faced each other this Monday after the departure of Guzmán and after the assumption of Batakis as his replacement in a day that was marked by the rise of the free dollar that came to be negotiated at $280 but that finally closed at $260. This initial increase in the opening of the markets was the most pronounced since August 2019 when Mauricio Macri was president and had been defeated in the PASO by the Fernández-Fernández de Kirchner Front of All formula.

The prelude to the resignation of the head of the Palacio de Hacienda took place in the middle of a new chapter of the ruling party where the President and the Vice-President led separate acts to pay tribute to Juan Domingo Perón on a new anniversary of his death and throw darts into the interior of the coalition. Alberto Fernández was shown at the CGT along with his ministers (Guzmán was there), trade unionists, leaders of the Evita Movement and a handful of governors, where he responded to CFK who in the last meeting between the two asked the Head of State to use the pen to control what happened in the government. 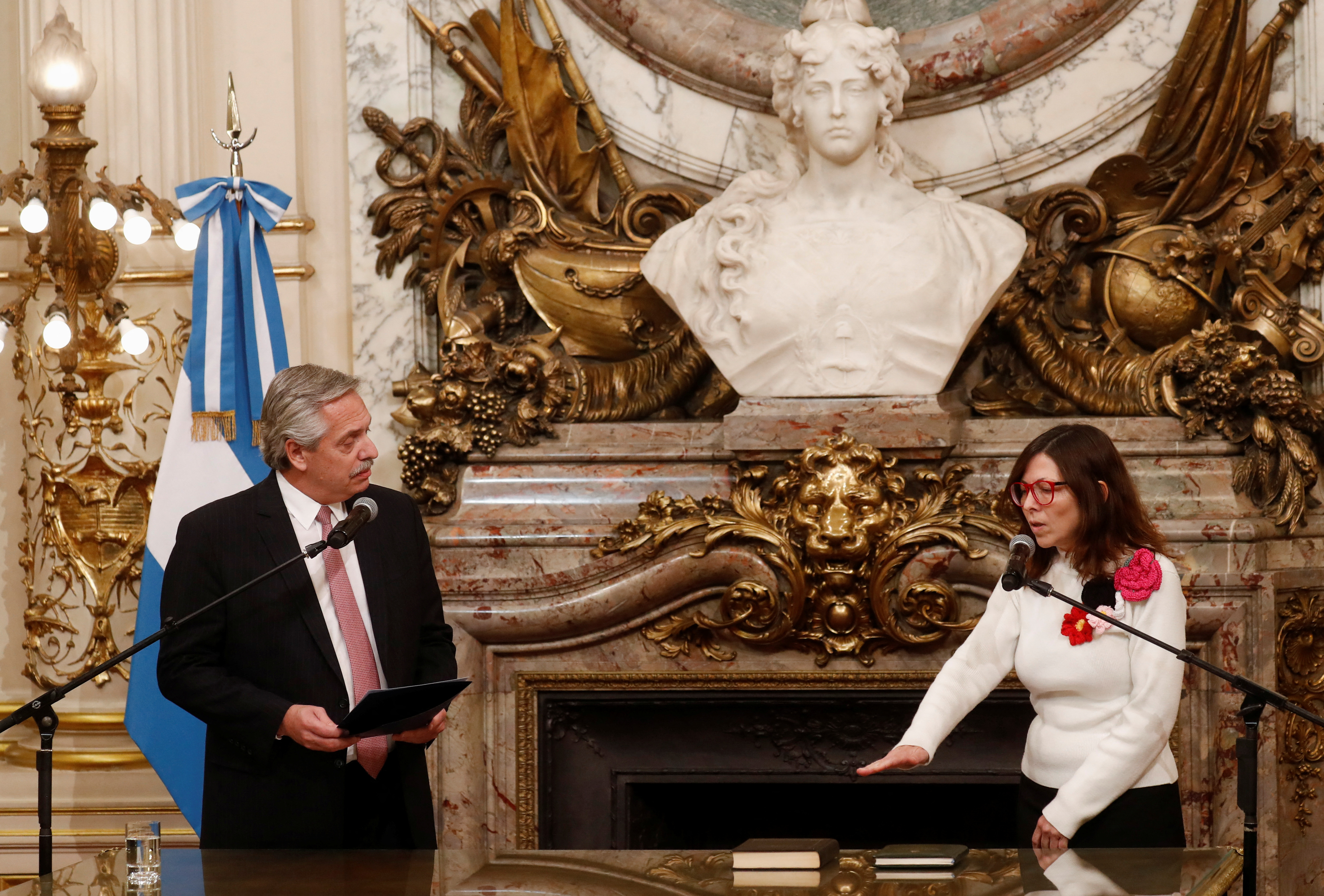 Alberto Fernández swore in Silvina Batakis, the Minister of Economy who comes to the Government to replace Martín Guzmán (REUTERS)

“Power is not about seeing who has the pen, power is about seeing who has the ability to convince. Convincing is a much more arduous task, but it is safer, “Fernández sentenced last Friday. And he added: “Perón convinced millions of Argentines that to this day they feel him alive, he never needed a pen. It seems to me that we have to remember all those teachings that were important.”

The answer came 24 hours later in Ensenada, where Cristina Kirchner led the other act of the Frente de Todos. “What did Peron say? ‘I did not persuade with words, because words do not persuade. I persuaded people with facts and with examples ‘”, she began her speech by referring to the words that the President had spoken the day before. 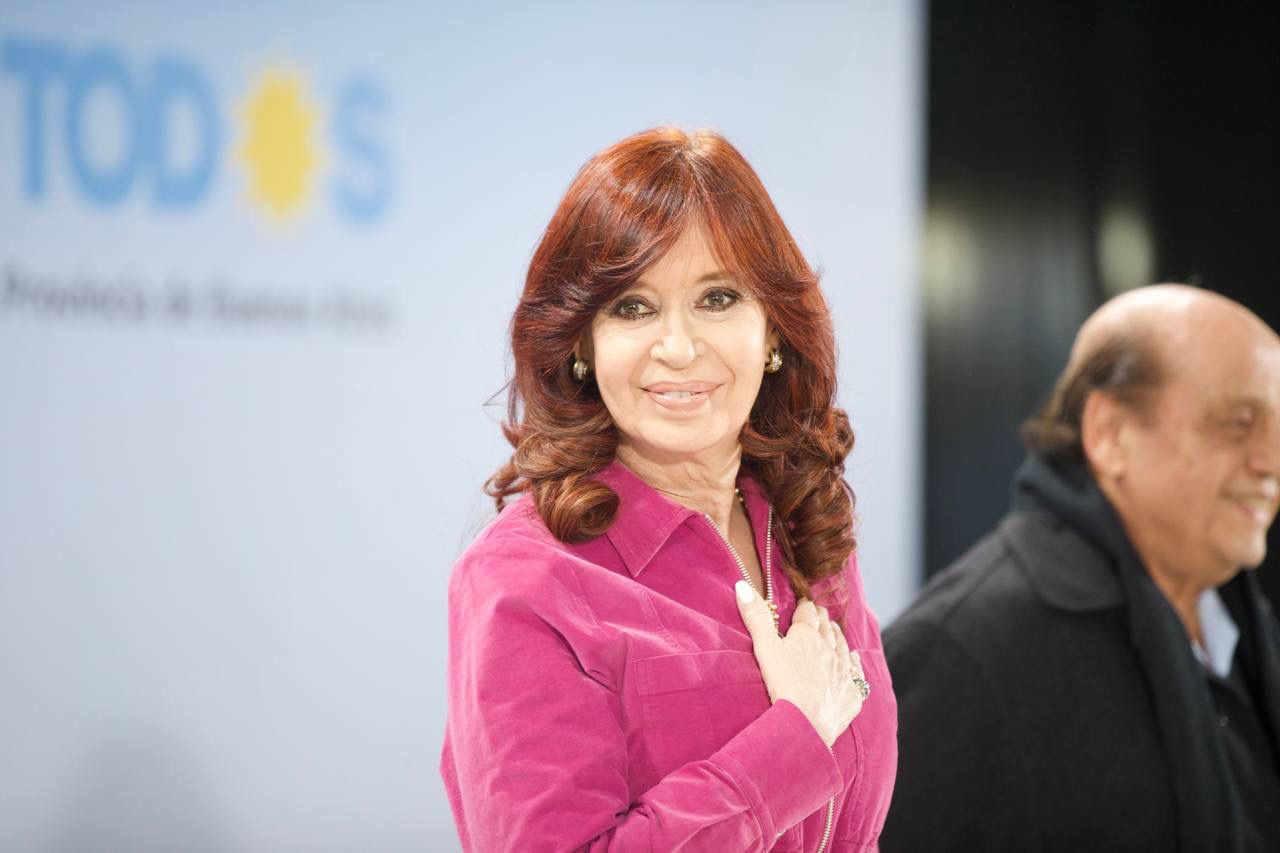 “Perón arrived with the Revolution of 1943 and what occurred to him to build power: he asked to go to the National Department of Labor, which he did not even know about. That was in June. In November he managed to transform it into the Secretary of Labor and Welfare. And there, my dear ones and my dear ones, he caught the pen and did not release it anymore, ”said the head of the Senate.

While the vice president spoke, Guzmán made official his indeclinable decision to resign from the Ministry of Economy. The official for whom Kirchnerism most demanded his departure, presented his resignation in an extensive 7-page text that he shared through his Twitter account. There he reviewed his management and admitted that his concepts had failed to excite other members of the Government. This Monday, the now former minister said that it was “the most painful decision” of his life but added that he did it “convinced” and that “it was an act of responsibility towards the Homeland.” 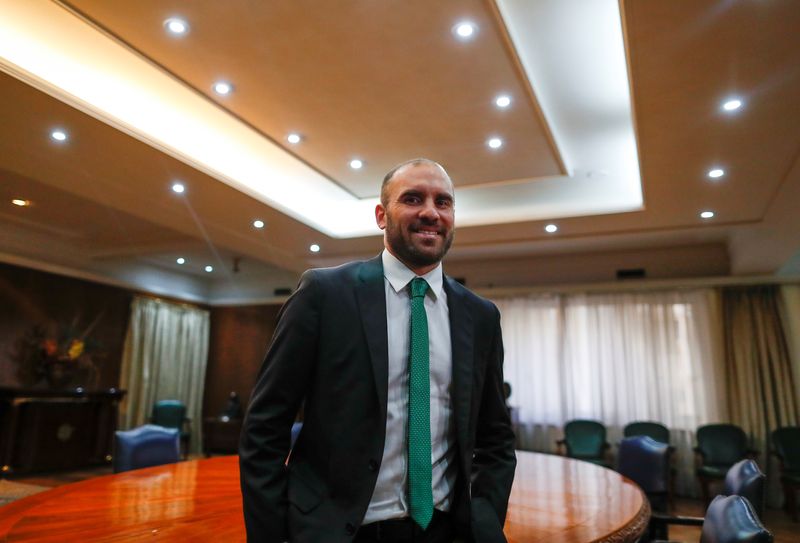 Almost 30 hours passed since Alberto Fernández found out that he was left without a minister until Batakis was confirmed as the replacement. In between, a frenetic day of negotiations, a dance of names, and the highest level of tension in the Frente de Todos, where the possibility of a profound replacement of the National Cabinet with Sergio Massa as head of the ministers was even considered.

Just this Sunday, after 8:00 p.m., the President called the Vice on the phone, they talked for almost an hour and agreed that Batakis should take charge of the Ministry of Economy. An election that decompresses the crisis that Guzmán unleashed this weekend but is far from settling the differences within the ruling coalition.

Silvina Batakis took office in Economy with the support of Peronism, but with little presence of businessmen The time of Cristina’s Front began Silvina Batakis anticipated that it will maintain the segmentation of electricity and gas rates

Historical: this was the impact of the NASA ship that sought to divert an asteroid from its course