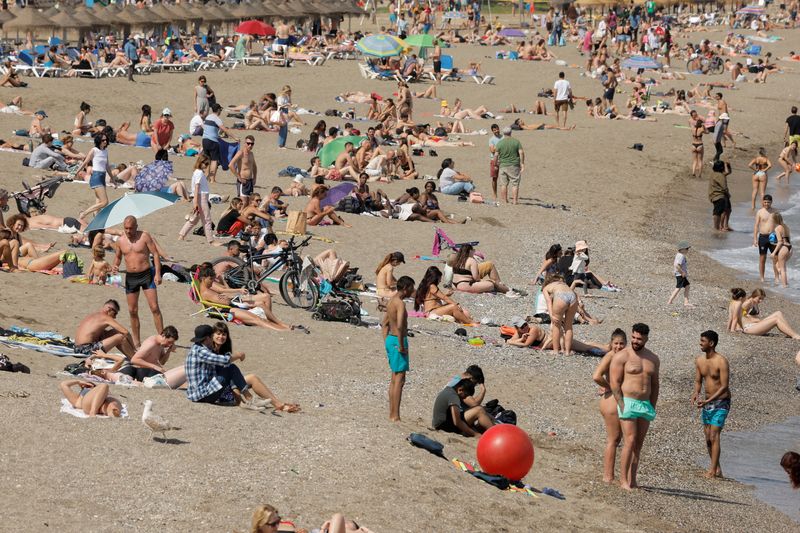 MADRID, Jul 4 (Reuters) – The number of foreign tourists visiting Spain in May increased more than fivefold compared to the same month last year, to 6.97 million tourists, but remained one million below of the nearly 8 million who came in May 2019, official statistics showed on Monday.