That attends to cases of pedophile priests: Noroña answered the bishop of Cuernavaca who criticized AMLO 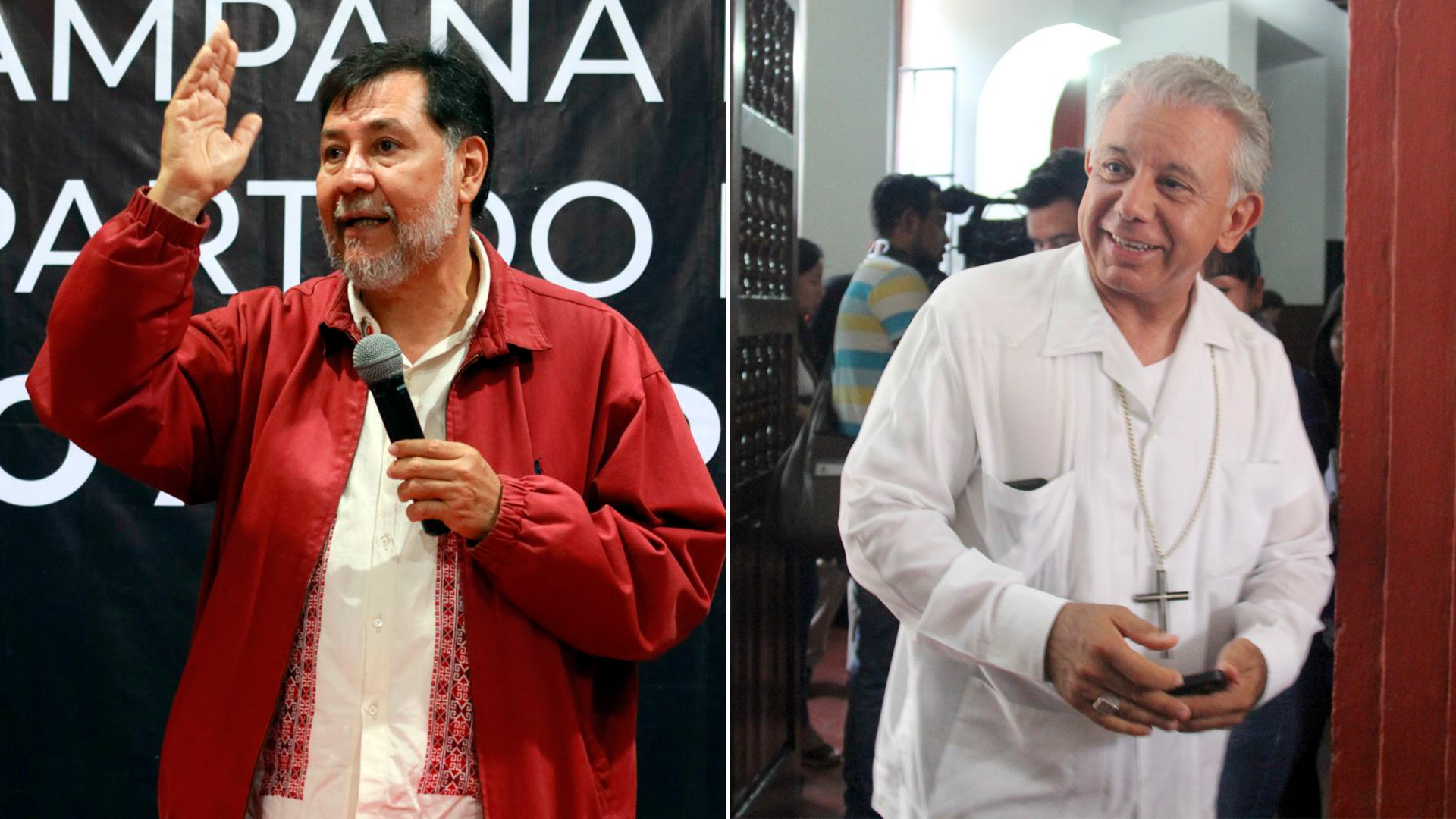 Noroña told the bishop of Cuernavaca to better solve the problem of pederasty in the church (Photos: Cuartoscuro)

Gerardo Fernández Noroña, federal deputy for the Labor Party (PT), attacked Ramón Castro Castro, bishop of Cuernavaca, Morelos, and suggested that instead of criticizing the security policy of President Andrés Manuel López Obrador (AMLO), it would be better that resolves the problem of pederasty in the Catholic Church in Mexico.

During a press conference held on Monday, July 4, the secretary of the Energy Commission categorically disqualified the criticism made by the priest and, in addition to pointing out that this violates the secularism of the State, demonstrates inconsistency by the institution, since within the catholic church there is a problem that they cannot solve: pederasty.

The PT deputy told the priest that he better take care of solving the pederasty.

Near the end of a series of statements of an electoral nature, the legislator addressed an issue that drew attention over the weekend, as Castro Castro went out in public to demonstrate against AMLO’s security strategy and say that “hugs, not bullets.” It is complicity with organized crime.

“Is that what the bishop of Cuernavaca is asking of us?” he asked ironically, “that we kill young people lying on the ground, 22 like in Tlatlaya, who were accused of being drug traffickers without any trial and were executed in cold blood? ”, In addition, he continued listing massacres allegedly attributed to the Mexican Army during previous administrations.

The 41 deaths in Tanhuato, Michoacán, where girls and boys also died; the 20 victims of Apatzingán, where the execution of a family stood out; and the seven murdered in Caleras, Zacatecas. 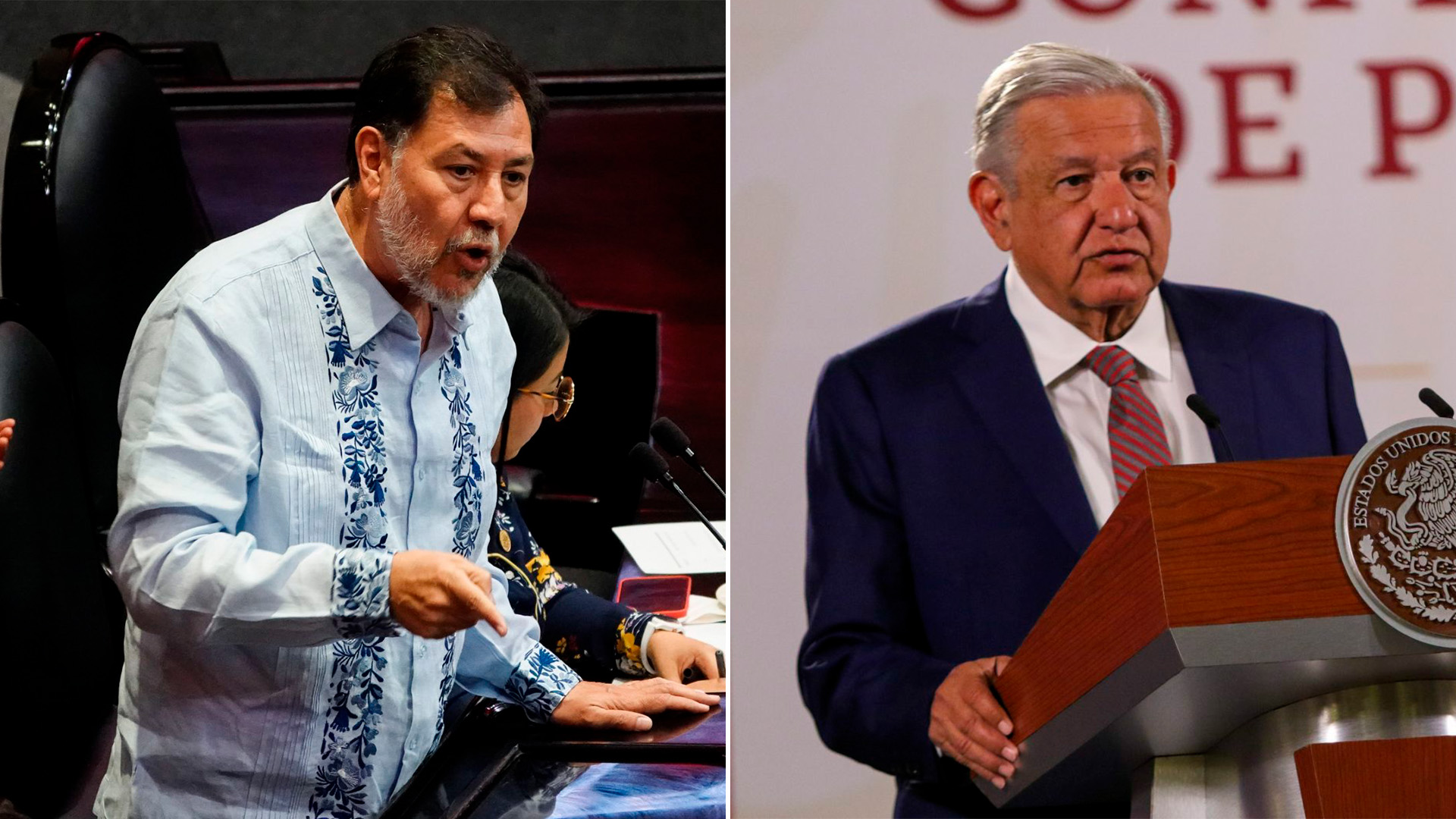 Fernández Noroña also announced that he will seek to be a candidate for the presidency (Photos: Cuartoscuro)

“Or that we murder students from the Tec de Monterrey and make them pass as drug traffickers and that we say they were armed to the teeth? Or that we murder civilians at military checkpoints, including minors, and call them collateral damage?”

Likewise, he condemned the alleged complicity between the administration of Felipe Calderón and the Sinaloa Cartel, a comment that alludes to the judicial process that is being carried out in the United States (USA) against Genaro García Luna, former head of the Ministry of Public Security (SSP) during the six-year term of the standard-bearer of the National Action Party (PAN).

“I believe that the Bishop of Cuernavaca, if we were idiots, we could tell him to ask his God for justice, because he puts his personal beliefs into political activity”

The PT deputy resented the rudeness to which he was subjected at the inauguration of the Dos Bocas refinery.

That is why he urged the religious to act consistently with respect to the problems in which he could have interference, such as the alleged sexual abuse committed by Catholic priests to the detriment of minors, which is calculated with a rate of 6%. of incidence: “You would do well to inform us what you have done to combat this terrible cancer that is pederasty in Mexico.”

Finally, he criticized celibacy, “which generates aberrant sexual behavior in the Catholic Church, not only pedophilia, but also priests having daughters and sons and calling them nephews and not recognizing them.”

It should be remembered that this conference was called to ratify his intention to be the candidate of the 4T for the presidential elections of 2024. In this sense, he said that he is willing to submit to public surveys in which the citizens participate so that they define the candidate that will compete against the Va por México coalition (PRI, PAN and PRD) and Movimiento Ciudadano (MC). With this, he hopes to beat Marcelo Ebrard, head of the Ministry of Foreign Affairs (SRE); or Claudia Sheinbaum, head of government of Mexico City.

“I am not corcholata”: Fernández Noroña endorsed his presidential aspiration for the 2024 elections“Hugs, not bullets, it is demagoguery and complicity”: Bishop of Cuernavaca criticized AMLO’s security strategy“If Morena does not take advantage, you can give us the surprise”: the new song in which Monreal is promoted is out