The storm that fell on Sunday afternoon in the Guadalajara Metropolitan Area (ZMG) left around 19 fallen trees, eleven of them on public roads, six more on cars and two in homes, however, no reported dead or injured.

Authorities detailed that a total of 11 floods were registered in some points of the ZMGwhile the Guadalajara Fire Department rescued two people, in addition to supporting the drivers of eight stranded cars.

The rain began around 6:40 p.m., and its most intense point was in the area of ​​the University Center for Exact Sciences and Engineering (CUCEI), where it lasted about an hour. 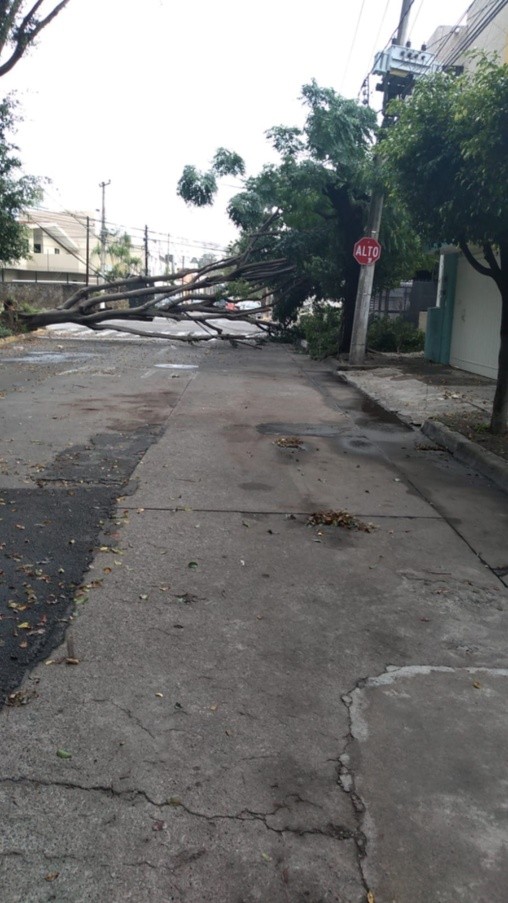 The fallen trees were registered in the following points:

In addition, Guadalajara firefighters rescued two people who were dragged by the current, one at the intersection of March 18 and Gobernador Curiel; and another person in a street situation who was under the vehicular bridge of Antiguo Camino al Rosario and Malecón.

In total, eight rescues of drivers who were stranded due to flooding were carried out.

There was only one flood in a home without damage to household items, at the intersection of Clemente Aguirre and López Portillo streets, in the La Perla neighborhood. There were no injuries or fatalities in the rain last night.