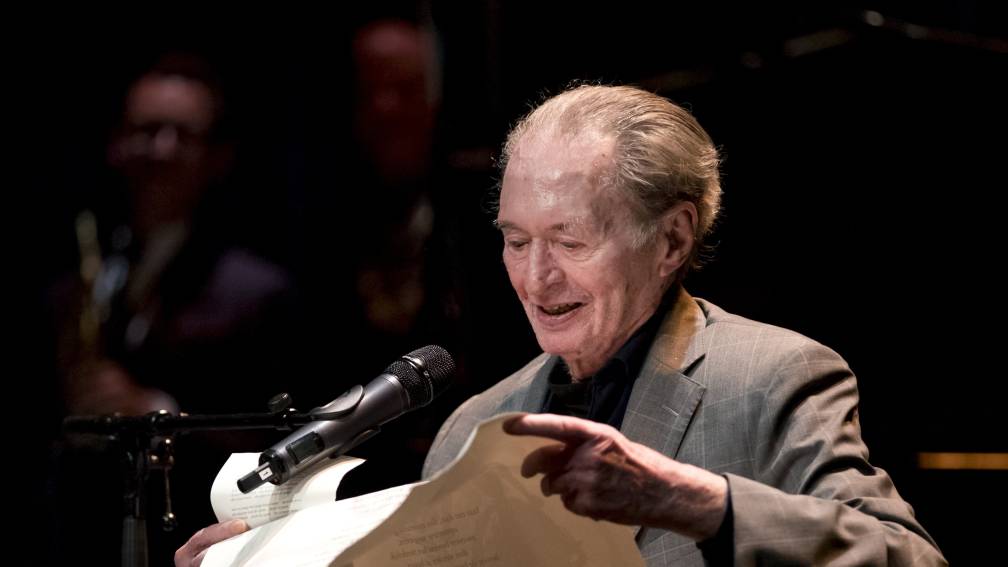 The writer and poet Remco Campert has passed away at the age of 92. He died last night in his hometown of Amsterdam, his publisher De Bezige Bij announced. “With this, Dutch literature loses a virtuoso author and one of its most beloved writers.”

Four years ago, Campert announced that he would stop writing, although ‘notes’ of his hand still appeared in the Volkskrant after that.

Campert is considered one of the most important post-war poets. After the war he and his friend Rudy Kousbroek founded the magazine Braak, which became a platform for the Vijftigers, an experimental artistic movement. Campert was also included in this, but unlike other Vijftigers such as Lucebert and Gerrit Kouwenaar, he wrote accessible, colloquial poems.

He broke through to the general public in 1961 with his novel Het Leven is vurrukkulluk, about a day out of the empty existence of a group of young people in Amsterdam. He then published several collections of short stories, which also sold well. With the proceeds of his collected stories, Campert complete from 1972, he was able to buy a notary house in France.

In 1976 his poetic work was awarded the PC Hooft Prize. He had been struggling with writer’s block for years, from which he was only relieved in the 1980s.

After years, he was successful again in 1985 with the Somberman’s action book week gift. The figure Somberman resembled Campert himself, a figure who got nowhere because of alcoholism and lethargy.

Remco Campert, however, managed to wrestle from that lethargy, partly thanks to his friendship with Jan Mulder, with whom he performed from 1989 and wrote a daily column on the front page of the Volkskrant from 1996 to 2006.

His columns were popular. He wrote about himself and his observations and about figures created by him, such as the politician Drs. Mallebrootje, the Kneupma farming family and their daughter Mieke-Kee, who invariably had ‘a healthy blush on her cheeks’, because, for example, she spent time together with constable Bonkjes from the hay or the box bed came.

Campert’s books Het gangstermeisje and Het Leven is verrukkulluk were filmed by Frans Weisz in 1966 and 2018. In 1976 Ate de Jong and Orlow Seunke filmed four Campert stories under the title All Days of Celebration.

Campert was the son of the poet Jan Campert, who is known for the resistance poem The song of the eighteen dead. He hardly knew his father, who died in the Neuengamme concentration camp in 1943, but like him he was a womanizer who smoked and drank a lot.

Campert was married four times, from his third marriage he had three children. He was married to Deborah Wolf for the last 26 years of his life.