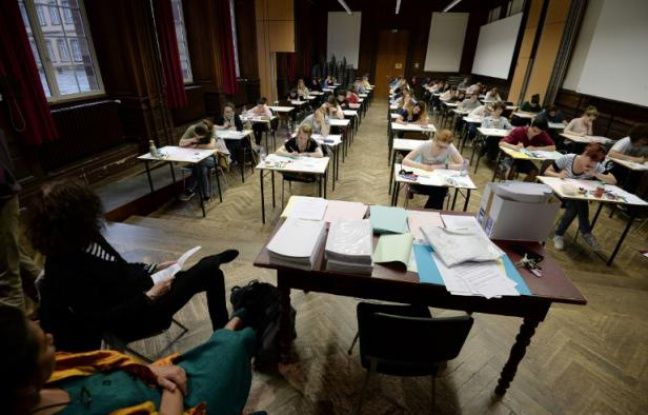 Last straight line before the holidays: nearly 710,000 candidates will discover the results of the baccalaureate on Tuesday, displayed in high schools or directly available on the Internet.

Of the 709,399 candidates who are trying to obtain the precious diploma this year, more than half (53.7%) have taken the general baccalaureate, which now consists of a common core of subjects, supplemented by two specialty courses chosen at the map by the students.

The results in the morning

The results will be published from 8:00 a.m. in certain academies but especially from 10:00 a.m. (academies of Paris, Créteil, Versailles, Lyon, Bordeaux or Toulouse in particular).

Since its reform in 2019, the baccalaureate mark is based 40% on continuous assessment and 60% on final tests (written and oral French, passed in Première class, philosophy, specialty tests and the grand oral , passed in Terminale).

This year, the tests for the new general baccalaureate (for which students choose two specialty courses) took place in full, for the first time after two years disrupted by the Covid-19.

However, the two specialty tests taken by each candidate had to be postponed from March to May and adjustments were decided due to the health crisis. Correctors of these tests said in mid-June that certain marks had been increased without their agreement. A beginning of controversy, swept away by the ministry, which assured that “there were no national instructions to raise the notes”.

The marks of the specialty tests, as well as those of philosophy and the great oral were not taken into account in the platform for access to higher education Parcoursup, which has been delivering since the beginning of June its answers to the wishes of candidates. But these marks are in the average of the bac, sesame necessary for those who want to continue their studies.

Last year, continuous assessment had still represented the bulk of the final grade of the exam: philosophy had been the only written test, with French in Première.

The catch-up races will start the day after the results, Wednesday, and will be held until Friday.

The baccalaureate pass rate has exceeded 80% since 2012. Last year, nearly 94% of candidates passed the exam that gives access to higher education.