Not only Tim van Rijthoven, but also Nick Kyrgios writes one of the chapters of this edition of Wimbledon. The outgoing Australian made it to the quarter-finals in London for the first time since 2014 by battling his way past Brandon Nakashima: 4-6, 6-4, 7-6 (2), 3-6, 6-2.

Kyrgios won a dogged and emotional battle with Greek Stefanos Tsitsipas in the third round, with the two verbally attacking each other during the press conference after the match.

Against only 20-year-old Nakashima, 27-year-old Kyrgios had better control of his emotions. The Australian served again excellently (35 aces), although he was hampered by a shoulder injury. 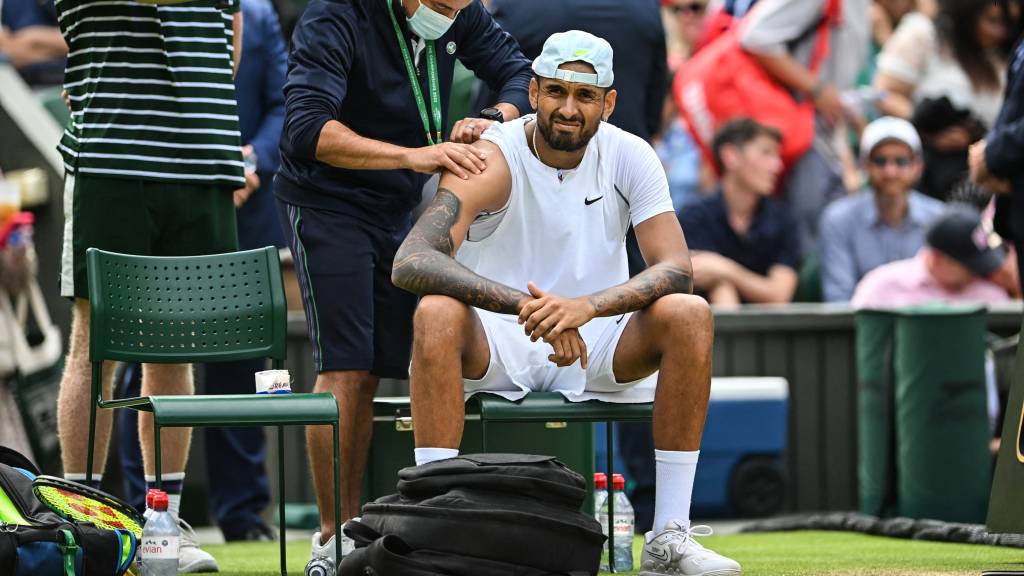 “I didn’t play my best game today, but I know I’ve never lost a five-setter at Wimbledon, so that kept me going. Now I’m ready for a good glass of wine to recover from this,” said Kyrgios after his party.

11th-seeded Taylor Fritz made it to the last eight at a Grand Slam tournament for the first time by beating Australian Jason Kubler: 6-3, 6-1, 6-4.

Fritz meets Botic van de Zandschulp or Rafael Nadal in the quarterfinals. The match between the Dutchman and the Spaniard will be played on Monday evening and can be followed via a live blog on NOS.nl.

Wesley Koolhof has been eliminated in the third round of the doubles at Wimbledon. He and his British partner Neal Skupski lost 7-5, 6-4, 3-6, 4-6, 7-5 to Australians Matthew Ebden and Max Purcell. The game lasted 3 hours and 48 minutes.

Koolhof and Skupski were placed third in London. They are the best performing couple of 2022 and have already won five titles this year.

The 33-year-old Koolhof, the number 7 in the world in doubles, was the only Dutchman who was still active in doubles at Wimbledon.