Line 2 of the CDMX Metro suspended its service after an explosion was recorded due to a short circuit between the Villa de Cortés and Xola stations, according to authorities.

Given this, users traveling in a Line 2 convoy were rescued and made safe.

However, the Metro indicated on social networks that due to a “review of the electrical supply system, the section from Tasqueña to San Antonio Abad is without service until further notice. The provisional service is offered from Cuatro Caminos to Pino Suárez by both routes“.

In this section, as an alternative, a service was established with buses from the RTPHowever, chaos has already begun in the streets of CDMX, because people are looking for a way to get to their jobs. 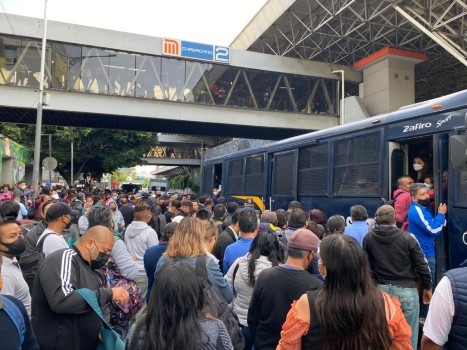 It is worth mentioning that Metro technical personnel work at the Xola-Villa de Cortés interstation, in order to normalize the service, after a short circuit was recorded.

Social network users have shared images and videos about the mishap that occurred on Line 2. 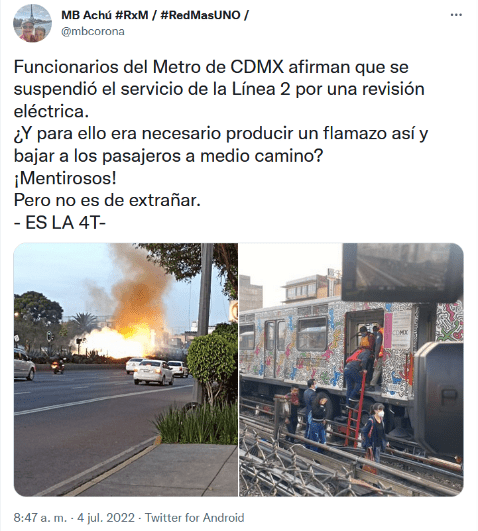 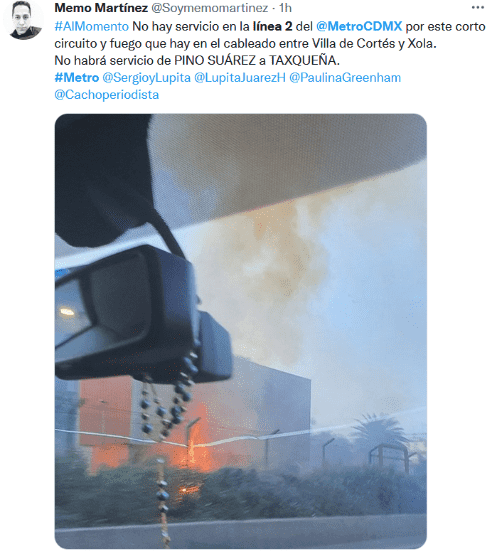