‘Campert had let go of publishing, but not writing’ 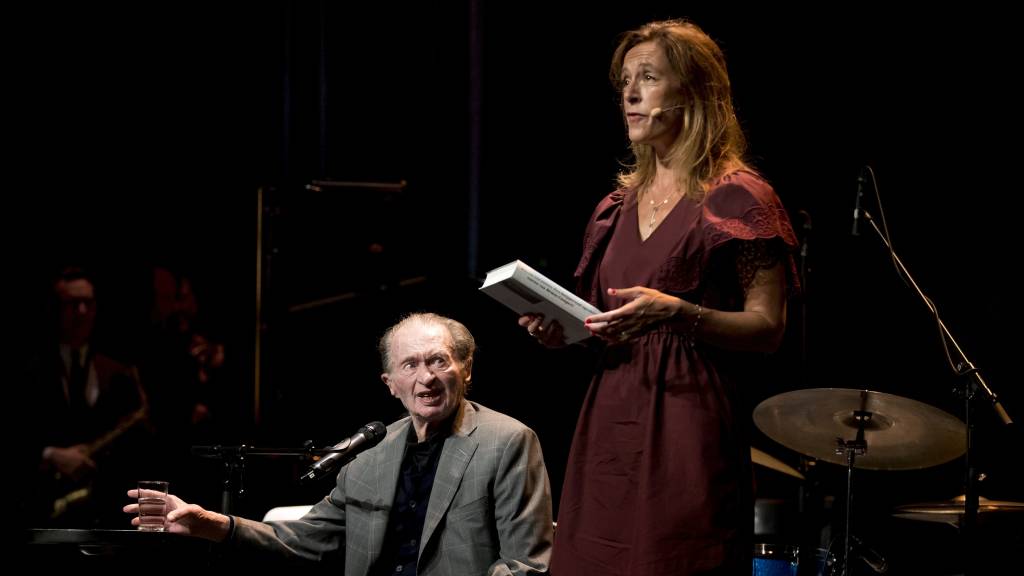 The death of poet and writer Remco Campert leads to sadness, gratitude and many memories of the beloved author and his enormous oeuvre.

For his publisher Robbert Ammerlaan van de Bezige Bij, today is “a bit of a sad day, because of the lack we have to live with”, he said in Kunststof on NPO Radio 1. But many fond memories also come to him. He says that Campert has “actually been able to do everything with his talent and has led a wonderful life from which, I hope, we can reap the benefits for a long time to come”.

Ammerlaan calls Campert an extremely amiable, sweet man, whom he has come to love. “Our friendship has grown beyond the normal relationship between a publisher and author.”

One great source of inspiration

The Collective Propaganda Foundation of the Dutch Book (CPNB) has “sadly” learned of Campert’s death. Literature has lost “one of its greatest poets and a much-loved writer,” the CPNB says.

The death affects director Eveline Aendekerk very much. “Through his work I discovered the literature,” she told ANP news agency. “He fueled that love. Life is vurrukkulluk was one great source of inspiration for me. Campert has meant an incredible amount to the collective book trade and the CPNB cherishes the rich collaboration. He will be missed.”

Campert “lives on in his work”, Prime Minister Rutte said in a response. “The Netherlands is saying goodbye to its most beloved poet and writer. His life was delightful and he lived it to the fullest until old age,” said the prime minister.

King Willem-Alexander and Queen Máxima remember the writer “with gratitude”. “He gave our literature lightness and playfulness. In his work he embraced life in all its wonderful versatility, but also in its melancholy. The Netherlands is losing a magnificent master of pure writing pleasure”, they write. facebook†

Mayor Halsema of Amsterdam, the city where Campert lived, calls him the “literary voice of a new generation”. “His astute columns effortlessly caught the changing zeitgeist. And as a gifted poet he brought many people emotion and comfort,” Halsema writes. Instagram† The writer is “forever in the heart of our city”.

‘Telling about his past’

Campert was busy writing until the end, says his biographer Mirjam van Hengel. Recently, he had an idea for a poem in his head, she says. “He was already weak then. At a certain point he did let go of publishing, but not writing.”

A few years ago, Van Hengel went to Campert every Friday afternoon for her book. “He used to scribble with his wife Deborah at 4:00 pm. Friday was the exception. I would come with my notebook, we would drink a glass of wine and he smoked a lot of cigarettes. He liked to tell something about his past every week. “

Van Hengel calls him a light-hearted writer. “Not a dark, heavy, brooding Calvinist one. He himself thought that lightness was very important.”

‘Not careless but genius’

Campert’s friend, writer and actor Ramsey Nasr, thinks he is a “great poet”. “He was able to capture things that we all experience, see and hear in timeless poetry.” Nasr mentions the poem Muttering as an example. “That’s ultra-short and you think it’s careless, but there’s a lot of cleverness and genius behind it.”

Biographer Van Hengel says that Campert has always renewed itself and thus found new readers. She thinks Campert has brought a lot of comfort. “He has written so many beautiful things, we can just keep reading him.”

Incidentally, it was not always easy for his partners to live with Campert. Until the 1970s, there was a special provision in his contracts with De Bezige Bij in case he was evicted or left a woman himself, publisher Ammerlaan told Kunststof.

“It was obligatory to offer Remco a place to sleep. A small room had been prepared in the publishing house and a toilet had been converted into a shower. According to tradition, he made use of this. I had never seen such a strange authorship statement before. experienced.”

On to 300,000 batteries per year: Volvo Car Gent is expanding significantly

Not a car with wings, but a megadrone: Volkswagen presents striking prototype of ‘flying car’

US justice opens case against Google for advertisements