Bercy will launch an investigation into food prices 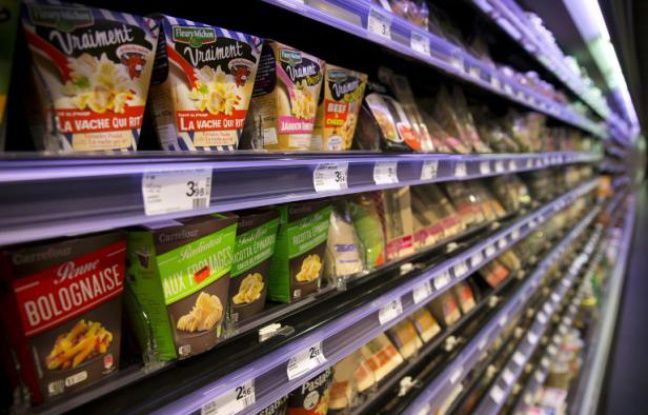 To ensure compliance with the Egalim law requiring distributors to sell food products with a minimum margin of 10% in favor of producers, the Minister of the Economy Bruno Le Maire announced on Monday that he was going to launch a mission of the General Inspectorate of Finance (IGF).

“I want to make sure that these 10% come back to the producers” and “I will launch a mission from the General Inspectorate of Finance in the very next few days”, affirmed Bruno Le Maire. “I propose to involve parliamentarians and representatives of the agricultural world to ensure that this 10% above the threshold for resale at a loss goes well to producers and does not get lost elsewhere”, he further indicated. .

The Food or “Egalim” law passed in 2018, in a very low inflationary context, had in particular regulated promotions and raised the threshold for resale at a loss, with the aim of stemming the race for low prices in stores, which was supposed to benefit farmers’ income. If it turns out that the provisions of this law do not benefit producers, “it will be necessary to think about the possibility of modifying them”, we indicate to the Ministry of the Economy, by allowing for example promotions at 50 %, instead of the 34% authorized today, suggested Bruno Le Maire.

In the current context of rising prices, the chairman of the strategic committee of the E. Leclerc centers, Michel-Edouard Leclerc, had asked in early April for the partial suspension of this 10% rule in order to reduce its selling prices.

Last week, he deemed “suspicious” certain price increases requested by food manufacturers in the context of annual renegotiations on food prices. He also called for the creation of a parliamentary commission of inquiry, a request taken up on Friday by the deputies of La France insoumise.

More than 1,200 controls since the beginning of the year

For its part, the Senate has promised to make an “initial assessment” of the causes of inflation on July 20 as part of the ongoing monitoring group on the Egalim law. At Bercy, it is noted that the Directorate General for Competition, Consumer Affairs and Fraud Prevention has carried out more than 1,200 checks since the beginning of the year in the food sector.

These controls will be reinforced, via surveys “by entire sector”, indicated Bruno Le Maire. “We will not let the profiteers of the crisis pass,” he insisted. A “one-stop shop” will be operational from Tuesday for companies to report any “irregularities” they find in price formation.

It’s going to be tropical again this week