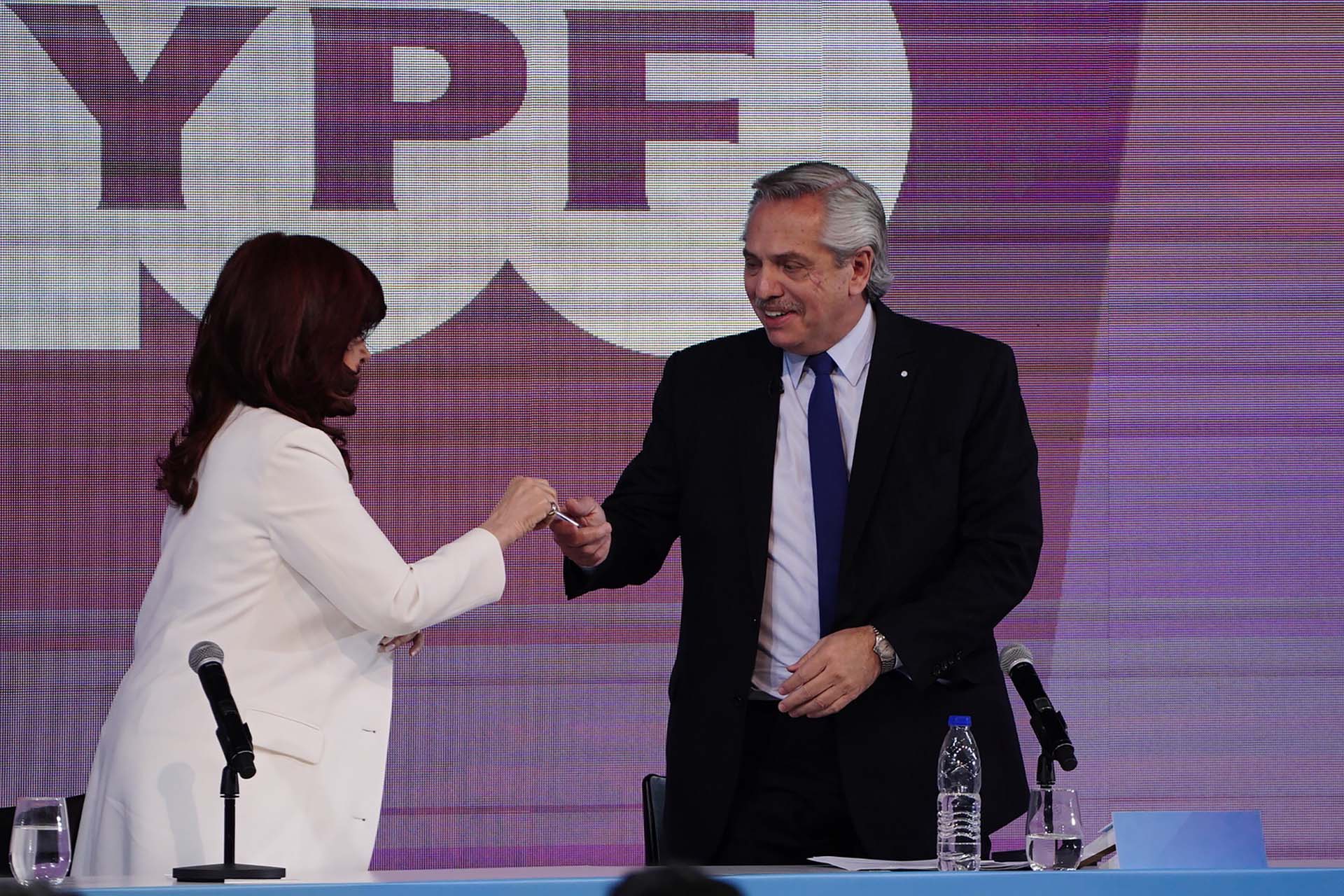 Sunday. 8:14 PM Alberto Fernández locked himself in his office and called Cristina Fernández: she answered with a laconic “hello Alberto”. There were 55 minutes of dialogue in a friendly but harsh tone that ended with the promise to meet today at some point in the day, possibly at the Olivos residence. Thus, the way out of the darkest crisis of the government of the Frente de Todos since it came to power in December 2019, unleashed by the flight of Martín Guzmán from the Ministry of Economy 27 hours before the call, began to take shape.

They both heard retractable phrases on the other end of the phone. But pressured by the prevailing uncertainty, they focused on solving the most pressing issue: announcing a name for the Ministry of Economy before the markets opened. Silvia Batakis was the woman of consensus. Alberto had it in a folder even before Guzmán arrived. She was one of his advisers on economic issues for the campaign. A few days before PASO on the 19th he met with Batakis to ask him, among other things, what the ideal TC (exchange rate) was for her for the coming stage.

For Cristina there was nothing to object to. Silvia had just worked with Wado de Pedro in Interior and, for more evidence or data, she had been at the Instituto Patria on June 13 giving an open talk on the elderly and the current economic context. Next to Guzmán, who spoke academically only about numbers, an economist who spoke about people was already almost a gift from heaven.

Alberto stopped talking to CFK several months ago. First it was she who did not answer him. Then he ordered that information to be made public in mid-March through her spokesperson, Gabriela Cerrutti, when the President tried in vain to talk to Cristina after the attack on her office. But with the passing of days, that isolation ended up becoming a habit. And suddenly he realized that it could even be his strength. Alberto was obstinate in continuing to govern without having to talk to Cristina.

On Saturday Guzmán’s resignation did not find Alberto in Olivos but in the Zárate area in the house of a media businessman. He arrived at the residence after eight at night when, logically, the crisis was already a media fire.

From minute one that his closest collaborators advised calling the vice president. Sunday was Sergio Massa’s moment. The head of the Chamber of Deputies did a double shift yesterday in Olivos. At noon and in the afternoon. In those long hours of social gatherings, he not only gave his opinion and laid down his conditions to take charge of the Chief of Staff, but also insisted on the need for the call.

Obstinacy. Whim. Cabala. Or denial. The truth is that Alberto was so packed that the operators of both sides who tried to close positions ended up trying the other way around. In other words, they tested the ground to convince Cristina to call her.

The author of pulling out the magic card of Estela de Carlotto prefers to remain anonymous. But the call of the grandmother of Plaza de Mayo to the President was not a coincidence. There were those who promoted him and even gave lyrics to unlock the presidential head from the quagmire in which he was mired because he was stubborn.

It is clear that the call was the first step. Batakis’s announcement so far only decompressed politics. All the sectors of the Front of All and especially the governors who have her in the best of weights, congratulated her appointment.

The big issue now is how the Central Bank will deal with the certain crunch in the markets today. Batakis is not the enemy but neither is the ideal for businessmen. The July 4 holiday will give the minister at least another 24-hour break on Wall Street. It is not a small thing.

The big issue is how it is followed. Guzmán’s resignation left Alberto naked. The damage caused by the minister when he left ends up strengthening the internal position of Kirchnerism and of Cristina herself, who always mistrusted the former minister. Today Alberto can only look forward. Because the past hurts and burns.

Yesterday’s was an emergency exit. So much so that the minister’s announcement was a simple tweet with a typo, probably due to Cerrutti’s haste. The spokeswoman could not even give a press conference. Seven neighbors who approached Villate’s gate with saucepans made so much noise that she and the still Chief of Staff Juan Manzur chose to leave.

A piece of paper rarely seen considering that the residence has a second internal conference room duly conditioned. Was there no one to open it at 11 p.m. when the channels were still broadcasting live from the place? 🤦🏻‍♀️🤷🏻‍♀️

Apparently yesterday it got as far as it could go last night in Olivos. Today will be another day. The only source of resistance that remains is that of Santiago Cafiero and, to a lesser extent, that of Gustavo Béliz. They are the mirrors where Alberto looks at himself every time he wants to convince himself that he can do it alone.

But it is clear that there is no more time.

The time has not yet been scheduled, but last night before saying goodbye, the President and the Vice President agreed to meet today. There are many changes to decide. It is clear that if Batakis is not surrounded by greater political power and given coordination of her areas, her ministry is bound to fail. The other changes are coming inexorably. Although by protocol, respect for those who are still ministers and due to lack of coincidence between the parties in the rest of the names and functions for now they are denied.

The last stage of the Fernandez government began this weekend. It was not because of a market blow or because of a sermon from Cristina. It started because she was disappointed by the person in whom he had placed the most trust since he became President. Guzmán left via tweet in the middle of Cristina’s public talk. A whole message of resentment towards her but without realizing that with her intemperate resignation he was actually doing the Vice President the greatest favor.