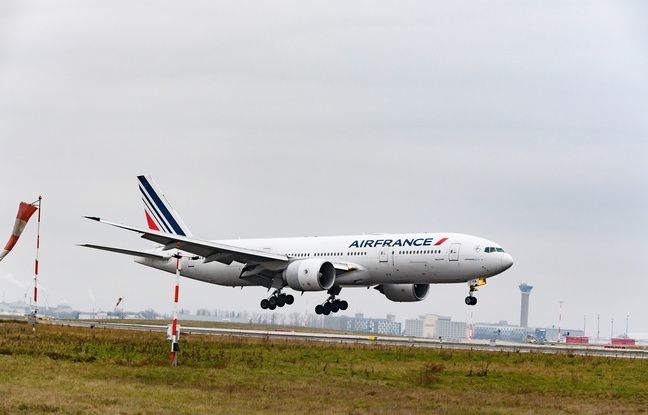 The director general of Air France presented her “deep and sincere apologies” on Monday after flight disruptions in recent days, due in particular to a strike by employees of Roissy airport where thousands of pieces of luggage are still blocked.

“The rerouting to destination of all the delayed baggage will take up to several days”, underlined Anne Rigail in a message to customers.

The situation stems from “social movements which very seriously disrupted the operation of baggage sorters” on Friday at Roissy-Charles-de-Gaulle (CDG), said the manager.

Employees of the manager of Paris airports, the ADP group, including firefighters, went on strike last weekend to demand a salary increase.

In addition to delays, this resulted every day in dozens of preventive cancellations of flights departing from or arriving at CDG for security reasons: runways at the leading French airport had to be closed.

A new notice has been submitted for next weekend, that of the major departures for the summer holidays. Employees of ADP subcontractors, who were also on strike last weekend, have for their part planned to remobilize in mid-July.

The group acknowledged that the strike had affected baggage sorting, but only up to 15 flights out of 1,300 on Friday, or 1,500 bags. According to a spokesperson, it is “a computer problem at the level of the companies (which) caused the greatest damage”.

“All of the Air France teams are working tirelessly at your service to resolve the most complex situations, in particular with regard to the rerouting” of baggage, promised Anne Rigail.

Passengers deprived of luggage on arrival and having incurred basic necessities (clothing, hygiene products) may request reimbursement from the company.

If the luggage has not been found within 21 days, its owner can be compensated up to 1,600 euros, with supporting documents, under the terms of the Montreal Convention governing certain aspects of air travel.