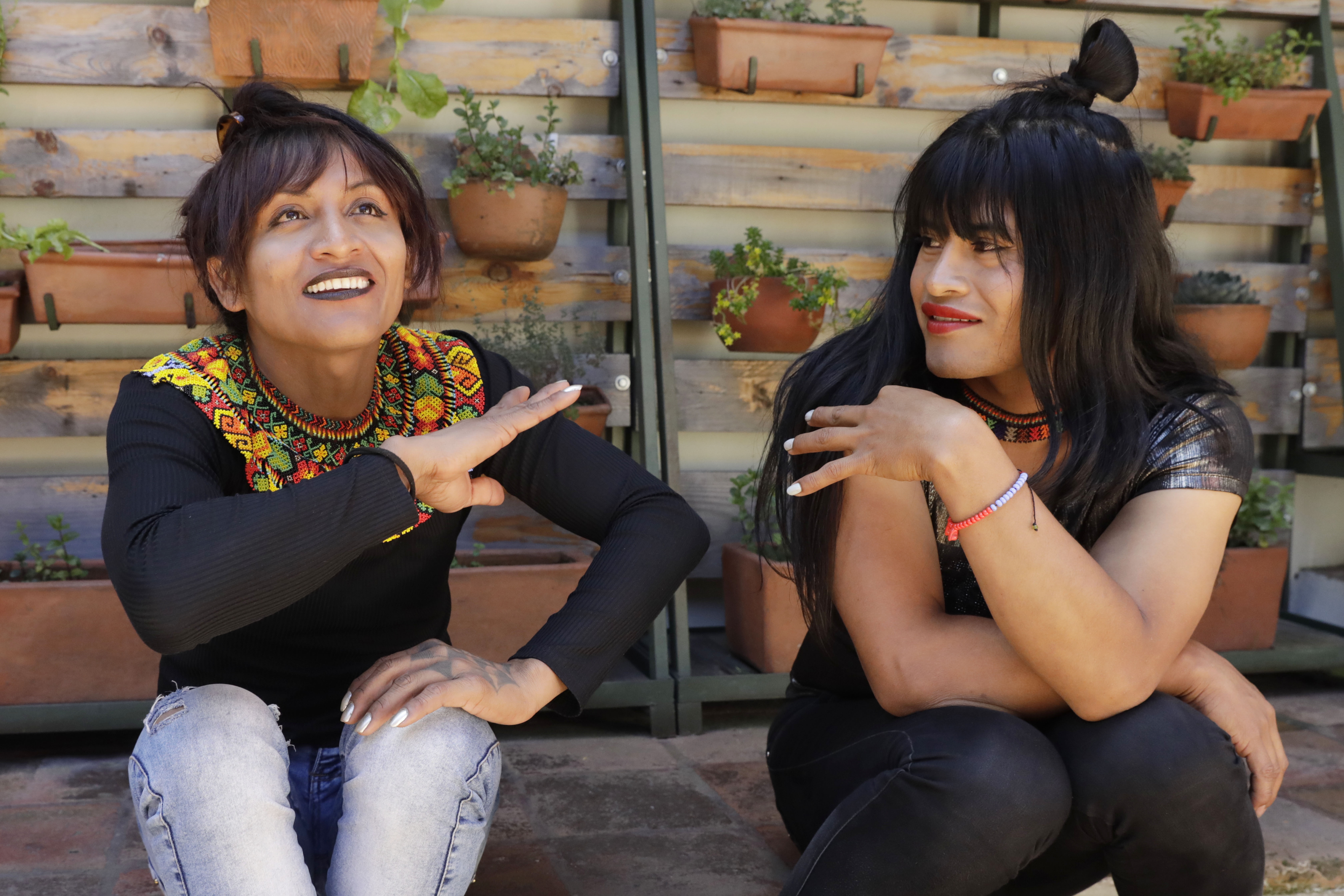 CHRONIC ACCOMPANYING: COLOMBIA LGTBI. BOG400. BOGOTÁ (COLOMBIA), 07/02/2022.- Roxana and Alexandra (r), trans Embera indigenous people, speak during an interview with Efe on July 1, 2022, in Bogotá (Colombia). The “wërapara” are, literally in embera, the “non-women”. But they, a group of trans women from an indigenous community in central Colombia, now claim this way after much discrimination and fighting to be accepted as they are. EFE / Carlos Ortega

In embera the meaning of “wërapara” means, literally, the “non-women”. Well, with this word, a group of trans women from an indigenous community in the west of the country was created who managed to vindicate themselves after suffering discrimination and fighting to be accepted as they are.

In an interview for the Agencia EFE Roxana Panchí, a trans woman from the Embera Karmata Rua reservation (known as Cristianía) said that: “Being an indigenous trans woman in the community sometimes makes me feel sad.” In addition, she explained that she has received rejection from her community for wanting to change her physical appearance.

Panchí, since she decided to undergo gender transition, has received insults such as: “You were born a man”, “you look very manly”, “you will never become a woman”, “what are you going to be a woman if you don’t have a chumba (vagina )”. Before her comments, she commented: “I like men, I like to be penetrated… I am a woman, very woman.”

Colombian director Claudia Fischer premiered this Saturday the documentary “Wërapara, trans girls”, which includes the story of Roxana, as well as Marcela, Jaima, Gina, Alexa and Pamela, all of them trans women from the same reservation.

Regarding the trans indigenous people in the country, Fischer explained that, if in Colombia only 1.2% of the population openly declares itself LGTBI, According to a survey by the National Administrative Department of Statistics (DANE), the LGTBI indigenous people are “a minority within of a minority”.

According to the documentary, many of them are dedicated to picking coffee, a job for which they receive almost non-existent wages and are subjected to discrimination and abuse. Now, there is another group of emberas that continued in their community, and have dedicated themselves to agriculture, weaving, making chaquiras (colorful beaded jewelry) or pottery.

“One sees in our society that sometimes there are much greater difficulties to come out of the closet than they have had from them,” Fischer told EFE. For her part, Roxana said that before she was “one of those who, vulgarly said, let me ride anyone”, a “bobita”. If she was beaten, she says, she stayed quiet. If she yelled at her, she didn’t respond. But that changed, and she, along with the rest of her classmates, learned to respond to the other children at her school, who yelled “faggot” at her.

“I would like to be a woman, I would change, I would wear breasts, but things in nature are like that and you have to accept them,” Roxana confessed with conviction.

Before the documentary, they have paraded on catwalks in Medellín and London with designer Laura Laurens, and now they are the stars of the film. This has helped them to follow and be an example for others who call them to ask for workshops and guidance.

The documentary begins with Alexa, another of the Karmata Rua women, singing in Embera:

For this reason, they claim to be “wërapara”, not women, mud flowers, but also hummingbirds, in as many colors as the LGTBI flag that flies all over the world these days and above all with open wings and flying high.

To remember: in the last 18 months, 48 ​​trans women have been murdered in Colombia, according to information from the Ombudsman’s Office, while the Trans Community Network denounces that only last week 11 trans women were murdered. On June 25, a woman from the collective was attacked by three men with chains in the middle of the street in Medellín.

‘Emisoras de Paz’: the microphones that were turned on to quench the violence in the regions Lucas Arnau’s impression after the election of Gustavo Petro as president: “Before being an artist, I am Colombian”