“The doctors removed 130 stitches from his face. He only has one tooth left, his palate is not yet healed and one of his vocal cords is still paralyzed. He still cannot breathe properly. .” This was Fabio Jakobsen’s medical point on August 27, 2020, three weeks after the fall that almost cost him his life in the Tour of Poland.

Almost two years later, Saturday July 2, we measure the gigantic length of the path travelled. The finish line crossed as the winner, Fabio Jakobsen exults in the arms of the yellow jersey Yves Lampaert, remains a few moments bewildered despite his usual lucidity, then embraces his teammate Mattia Cattaneo with full fists. 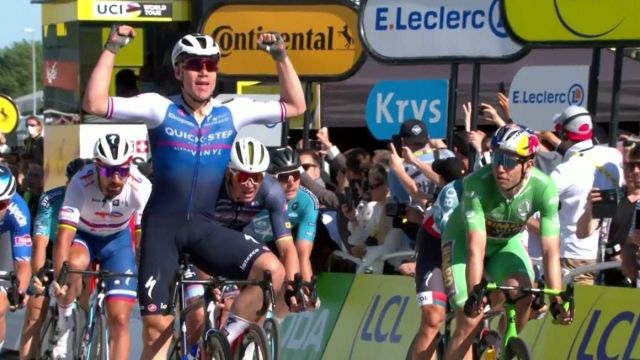 For his first Tour de France, the miraculous sprinter from the Quick-Step Alpha Vinyl formation swept away months of trouble by winning the second stage in Nyborg (Denmark) on Saturday. “It’s been a long journey, strewn with pitfalls. I think it’s a second life that began after the accident. It’s a pleasure to come back and I’m happy that my family allows me to return to the competition”, he explained on arrival.

Since August 5, 2020, the 25-year-old Dutchman had to undergo a five-hour facial operation, was kept in an artificial coma for several days before having to resort to facial reconstructive surgery. Death knocked on his door, but Jakobsen shut it. Many would no doubt have permanently put the bike in the garage, transfixed by the fear of relapsing. Jakobsen recovered as soon as he could, resuming competition in April 2021, less than a year later. In July, he won two stage victories in the Tour de Wallonie, in Belgium. Three Vuelta successes followed.

Here he is now winner of the Tour de France, giving reason to his manager, Patrick Lefevere, to prefer him to the stainless Mark Cavendish, four times winner last year. “It’s an incredible story, from Poland to Nyborg,” commented his manager on arrival. Especially since the race scenario has largely thwarted the plans for the blue and white rocket, yet so well run when no pebble comes to tickle its gut. 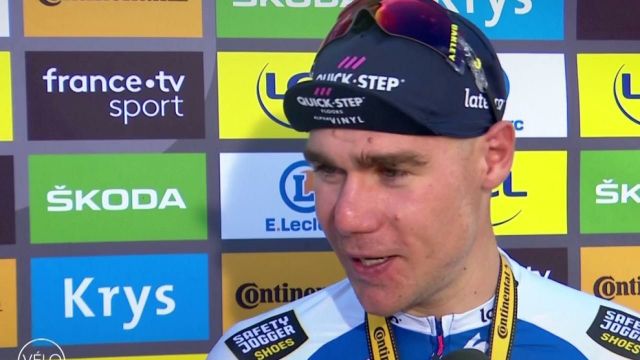 The yellow jersey Yves Lampaert fell on the Great Belt, this dreaded 18 km bridge, just like Michael Morkov, the team’s sprinter’s poison-pilot. “Fabio was almost caught in the crash with Morkov and Lampaert, but he escaped it. He was very focused. He already won on his own, he did it again today. The team worked extremely hard in the last 600 meters, then he chose the right wheel. It’s first of all a team victory today”, welcomed Patrick Lefevere.

As the Tour loves symbols, this first liberating victory for Jakobsen is also somewhat that of Florian Sénéchal. The new French champion, whose mission is to protect the Dutchman in the race, was the first to come to the emergency rescue during his accident in 2020.

Caught in a fall 2.5 km from the finish on Saturday, the Habs did not see his teammate win and announce his return to the world. “He has come a long way and I’m happy for him. It’s deserved, he works hard, I always knew he was one of the best sprinters in the world, and now he’s proving it,” he said. rejoiced the Frenchman after the line. “After what happened to me during the year 2020, it was a very long road on which many people accompanied me and it is also their reward”, recalled for his part Jakobsen. The wolves of the “Wolfpack” again won in packs on the Tour de France. Above all, they have an “alpha male”, miraculous and victorious, to follow in unison.