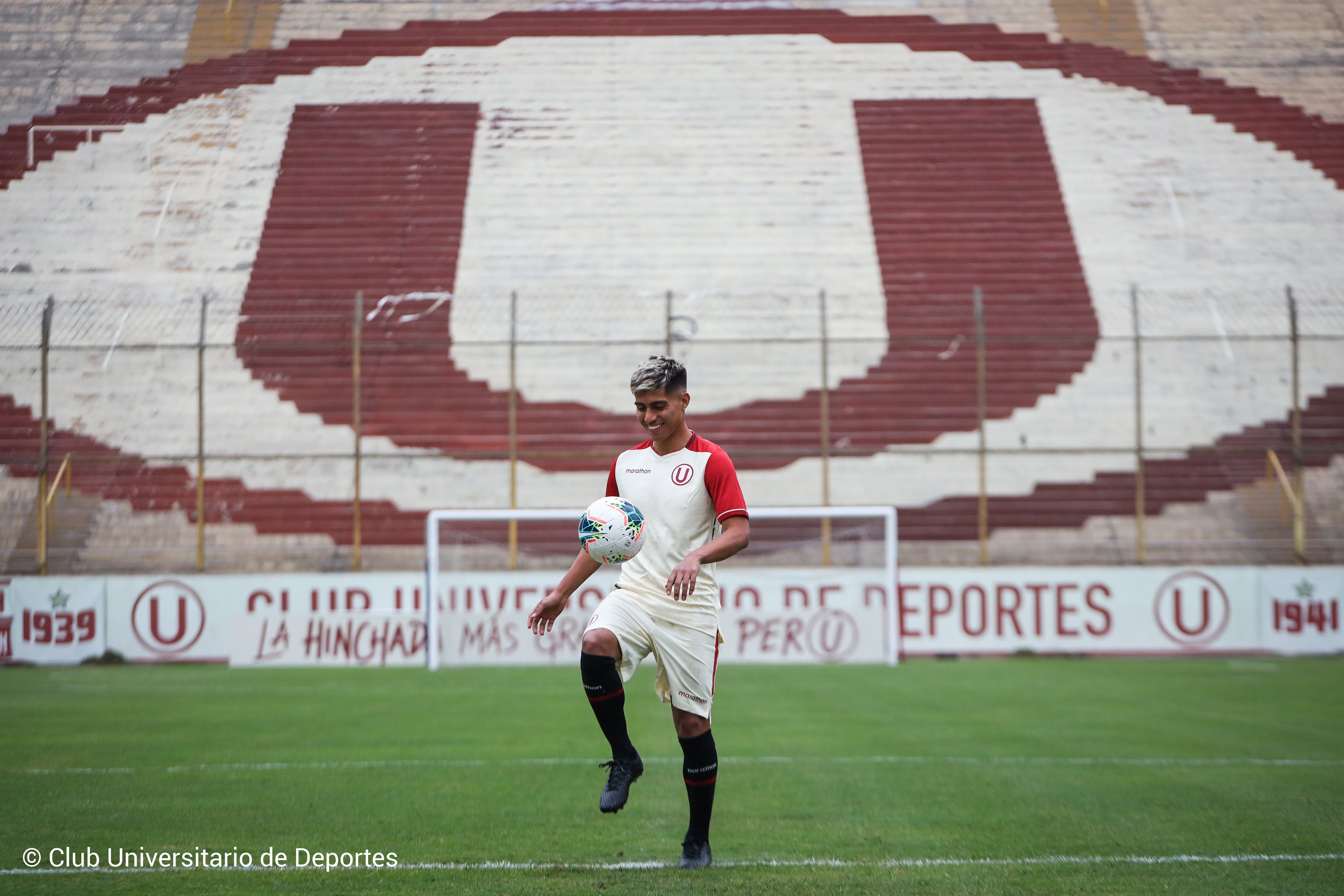 Sports Director of Toros Celaya gave details about the work that Guivin did in the Mexican cast | Photo: University.

A week ago we reported on the new signing of Universitario de Deportes, the Peruvian midfielder Jordan Guivin, who left Toros Celayas to wear the shirt of his beloved team. The deal was a year on loan with the option to purchase a pass.

However, this decision brought a lot of problems and questions on social networks, since they pointed out that it was a setback for Guivin to return to League 1.

For this reason, Infobae called José Hanan, sports director of Toros Celayas to clarify the panorama in this regard.

Tell me why you decided that the best option was for Jordan to return to League 1 if he had minutes at Toros?

The reality is that here, Jordan Guivin was considerate, even the coaching staff went up to speak to the office when we informed them that Jordan was leaving, and well, they asked us to make an effort to try to retain him because he contributed a lot from a sporting point of view, adding that he already it was adapted and that if in the last tournament, it was very good, they had visualized that it was going to be better. So, he left sportingly because the boy made the decision and had a dream to fulfill, which is what he told us, and the truth is that we are a club that tries to promote young players and that is why he was given the opportunity to go to a big team. The reality is that if it had not been the U or a great of that level it would have been impossible.

Guivin wanted to go to Universitario, it was his decision.

Has Guivin grown a lot in the Liga Expansión MX?

The truth is that he was always a great player, but here he evolved a lot, because he grew in things that he did not have, for example he was a player that lacked intensity, explosive dynamics and it is very difficult to adapt to Mexican soccer quickly. Guivin is one of the guys who at least last tournament, he adapted quickly, he played practically every match and he performed. That’s why I’m telling you, it’s a shame he’s gone, since this tournament was going to be even better, but that intensity, dynamics, those GPS numbers, the truth is that they are incredible, since he is in the top 3 of metrics, in many variables of the top 3 of the League. We shared all this with the people of the national team and Universitario, when the interest arose and the possibility that he would leave and that is where I think Guivin evolved. Later, in football, he always had a good footing, he was intelligent and made a difference, but he lacked that physical aspect to make him a top-level footballer.

Why did you think it was time for Guivin to leave Toros?

The truth is that he is in a stage of important maturity. At 24 years old, he fulfilled his goal, since when Guivin arrived we were certain that he was going to be a good signing. There was doubt whether or not he could adapt quickly and perform from the beginning, and it was a goal that was met. So, when you arrive in a country that is not yours, you adapt and grow and end up being the protagonist since your arrival, he means and speaks of a maturity together with a great desire to transcend. For this reason, I think he is ready to go to a big team and be a protagonist, because here it was and it is much more difficult, outside his country, in a league that he did not know, where he had to improve many things. Today I believe that everything that has evolved and grown here in Mexico will help him to be a transcendental player in Peru.

There is a lot of criticism about Guivin’s decision to return to Peruvian football, what do you think?

I feel that in Peru, many times what the Expansion League is is not known, in terms of infrastructure, level of players, since there are many from Expansion who are going to the First Division of some European leagues, but in Peru, it is not known. So, I think it is a league that is undervalued for the Peruvian, he does not know the level of intensity, the quality that exists, which is a little better than League 1 due to the rhythm and intensity of the matches. That makes it a very difficult league, but since this is not known in Peru, it seems to me that the Expansion League is undervalued. I believe that being in the ‘U’ is an important showcase, it is one of the largest in its country and the people of the FPF will see it live regularly, and it will be possible to have a more complete analysis and it will be easier to take a decision.

Juan Pablo Goicochea, a youth who breaks it in Alianza Lima: “My goal is to debut in the first team”Luis Benites, League 1 scorer: “Carlos Desio gets the most out of each player”Jordan Guivin, Toros Celaya player, reached an agreement with Universitario de DeportesPresident of Banfield on Christofer Gonzales: “We will take the steps to see if it is possible to count on him”Al Fateh director on the renewal of Christian Cueva: “We believe that he is also happy”Jonathan Soriano trusts that Sadio Mané will triumph with Bayern Munich: “I’m sure he’s doing well” Dominique Bijotat, former Metz coach on Sadio Mané: “He has the mind to succeed in Germany”