The tragedy occurred on the Marmolada mountain, in the Alps

Some impressive videos captured the moment of the detachment of a part of the Marmolada glacier, in the Dolomites (Italian Alps), which left six dead and at least 15 people missing this Sunday.

The tragedy occurred when a huge serac, as these parts of the glacier are called, about 300 meters wide, broke off and produced an avalanche of ice and stones that devastated everything in its path in this area of ​​the Alps between the Trentino and Veneto regions.

The detachment occurred in the Punta Rocca area, along the ascent route of the normal route, and dragged two groups of mountaineers, Italians and foreigners, and their guides, although the nationality of the victims has not yet been communicated. .

There were also eight injuries, one of them seriously, who were only saved because they were far from the area of ​​the collapse, hit by the movement of air and some stones.

In the area, today a record temperature of 10.3 degrees has been recorded, while the minimum last night remained above 5 degrees, which caused the detachment

The witnesses explained that first there was a deafening roar and then a kind of avalanche of snow, ice and rock that destroyed everything and they assure that nothing like this had ever happened in what they call “the queen of the Dolomites”.

According to sources from the Alpine Rescue team, which evacuated eighteen people from the area and delimited the entire glacier area due to the risk of new landslides, at least 15 people are still missing, although checks are still being carried out to determine the exact number.

The landslide occurred in the area of ​​Punta Rocca, along the ascent route of the normal route, and dragged two groups of climbers, Italian and foreign, and their guides

Luigi Felicetti, one of the members of the Salvamento Alpino explained to the media: “When we arrived we found ourselves in front of a terrible scenario. There were huge blocks of ice and rock everywhere, we started looking and found the first victims.”

According to Felicetti, the mountaineers are not to blame because everyone “all went with ropes and crampons and they were very well equipped, they were so unlucky.”

“It is such a big carnage that it will be difficult for us to identify the victims, because the bodies have been dismembered”, the investigators admitted, therefore, it is likely that DNA tests will be necessary.

According to experts, “climate change has made the high mountains more unstable and the glaciers are no longer in balance

During the afternoon, five helicopters with avalanche detection systems and dog fighting units were used in search of the missing, in any case, they add, “it is unlikely that there will be survivors”, but the tasks will continue tomorrow, after the temperature drops in the morning. night and make the work of rescuers safer.

In the area, a record temperature of 10.3 degrees has been recorded today, while the minimum was above 5 degrees last night. 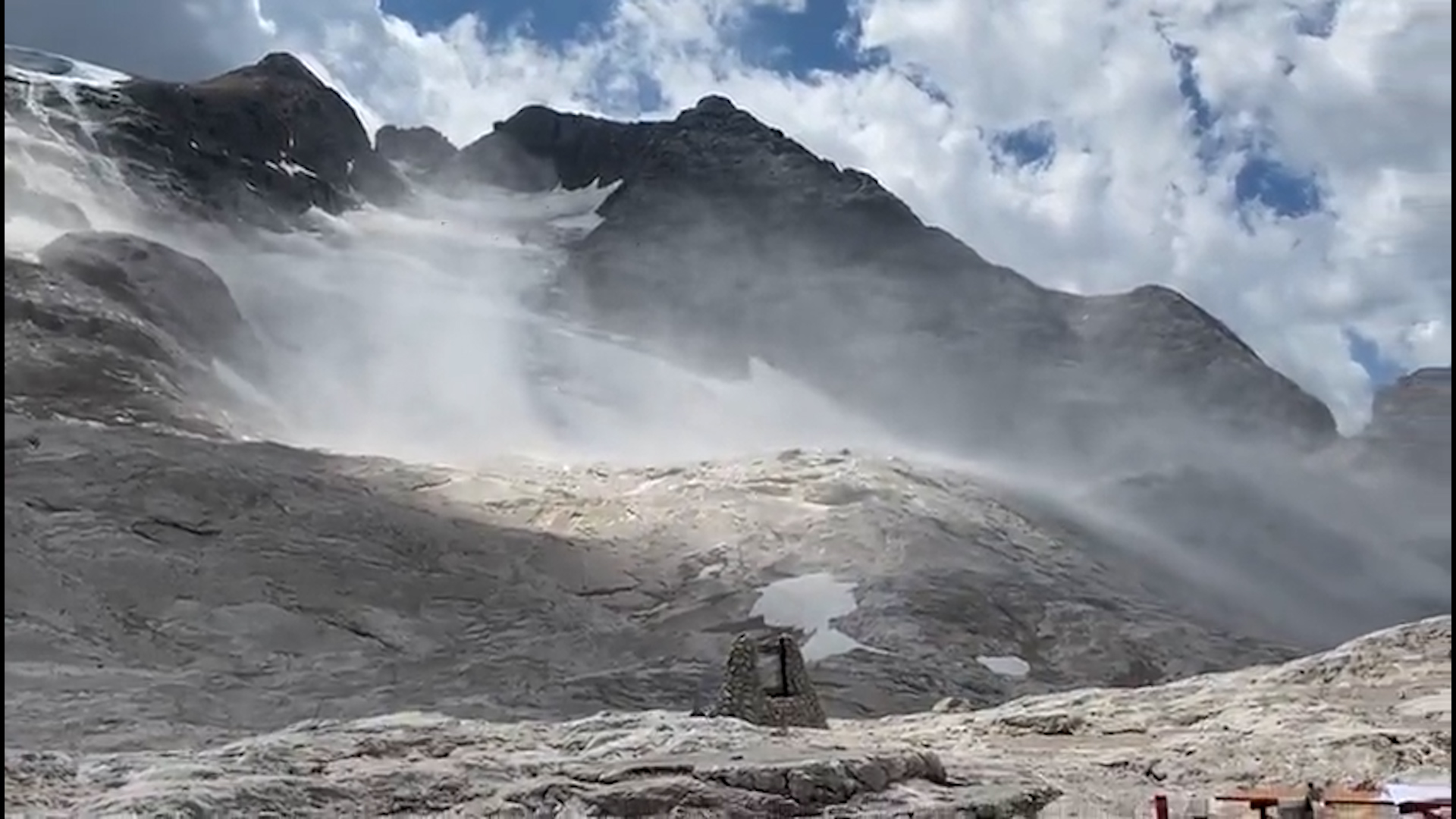 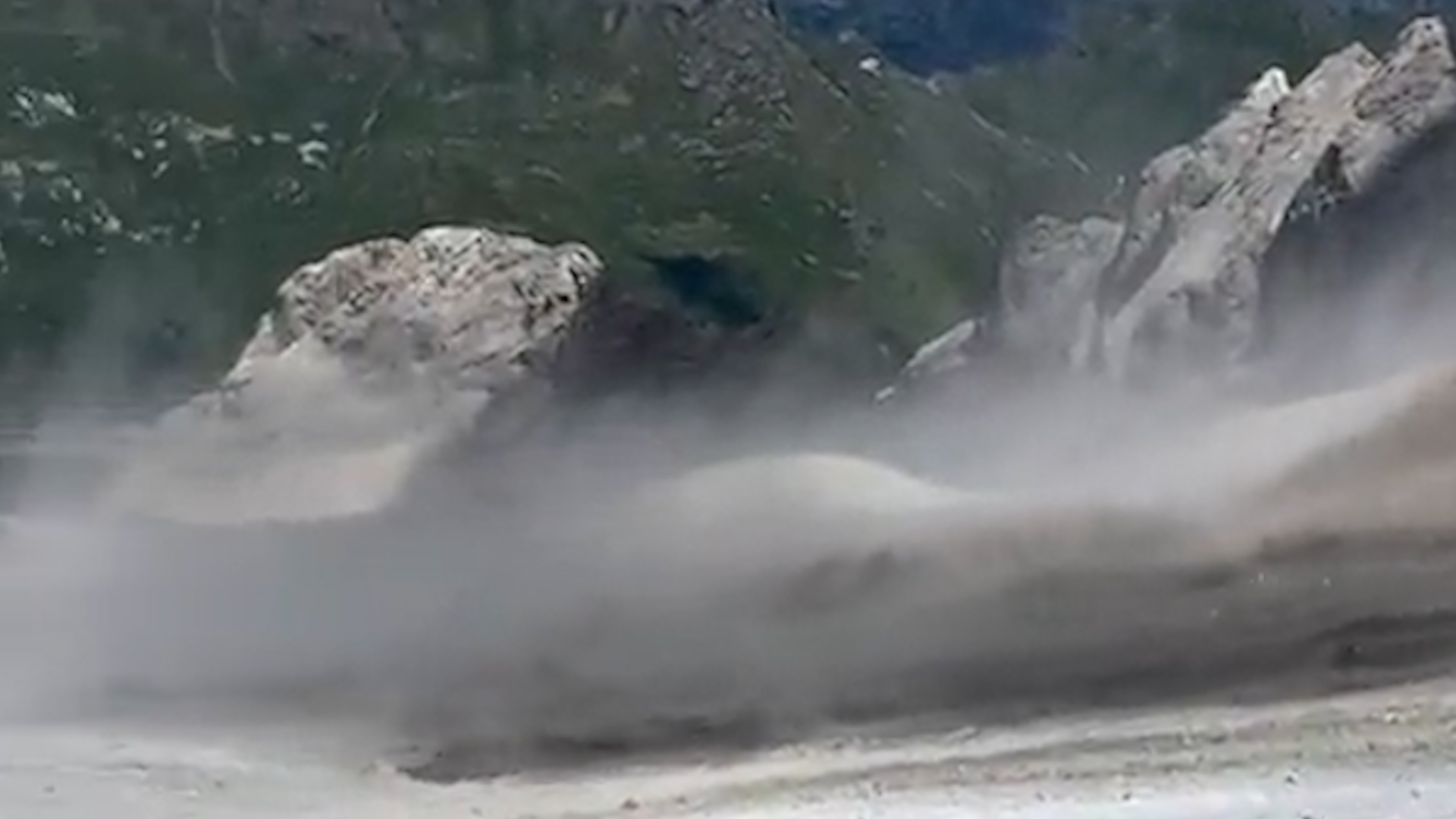 As glaciologist Massimo Frezzotti, from the Roma Tre University, told ANSA, “climate change has made the high mountains more unstable and the glaciers are no longer in balance,”

“Seracs are the result of a natural process, but when the temperature gets too high, the risk of collapse can increase,” he said.

Given the high average temperatures of recent days, added the expert, “the melting of the ice is significant, as is happening in all the Alps.” “It is clear that collapses occur when melting processes are at their highest, and if we think of glaciers as frozen rivers flowing downstream, it is clear that in these conditions walking in similar environments is not safe.”

Tragedy in Italy: at least six dead in the Alps after the detachment of a glacier