Stranger Things (2016– ) partners with Spotify to create personalized Upside Down playlists for their fans. After the insane response to Kate Bush’s “Running Up That Hill” and the genius way the Duffer Brothers used the song to weave the Season 4 Part 1 storyline between episodes, fans deserve their own anti-Vecna ​​anthem.

Which song saves you from Vecna?

In a Twitter post, Stranger Things revealed its partnership with Spotify, introducing fans to personalized curated playlists that could indeed save them from Vecna; hint: “the first song on the list = your rescue song.”

Volume 2 of Stranger Things is now available on Netflix. For a complete overview of all new movies and series that will soon be available on the streaming service, you can visit our Coming Soon page on Netflix. 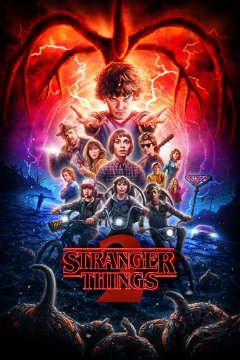 Watch on Netflix • After a little boy goes missing under very suspicious circumstances, mysterious things come to light in the fictional town of Hawkins, Indiana in 1980s, including secret experiments, supernatural powers and a strange girl.