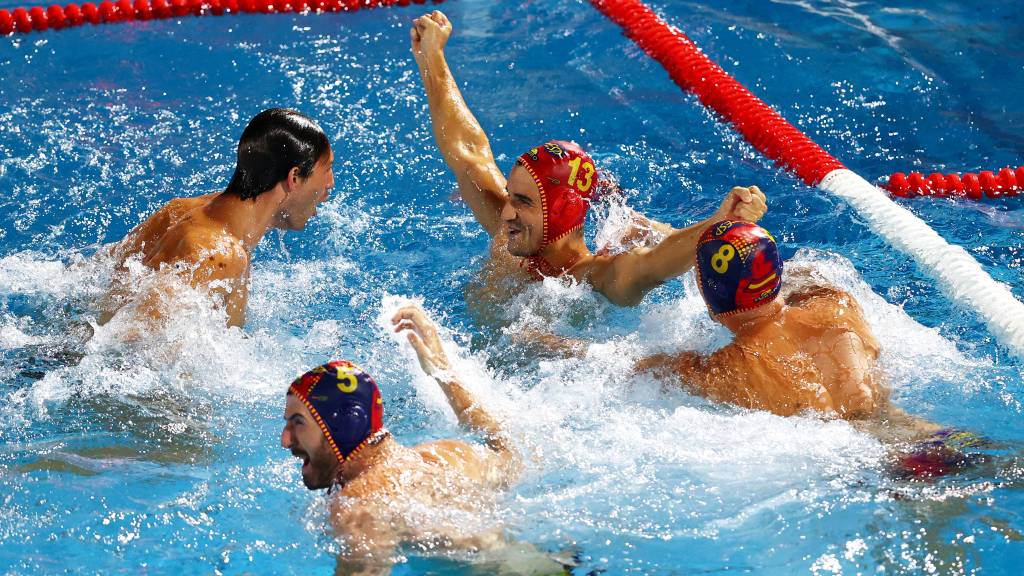 Spain’s water polo players have won the world title in Budapest. In 2019 it lost 10-5 to Italy in the previous World Cup final, now Italy was defeated on penalties. It was Spain’s first gold (European Championship, World Cup and Games) since the 2001 world title.

Also because Italy hit the woodwork three times in regular time, Spain took a 3-1 lead. It was 3-3, but at halftime Spain, which made good use of its man more situations, led 6-3.

When it had become 8-4 after the break, Italy seemed knocked out. However, the title holder kept fighting and came alongside two minutes before time to make it 9-9.

In the deciding penalty shootout, both teams were close to each other. Of the top ten, only Alberto Munarriz (Spain) and Giacomo Cannella (Italy) missed.

After twelve penalties it was 5-5, after which Alvaro Granados shot Spain at 6-5. Cannella then saw his bet stopped for the second time.