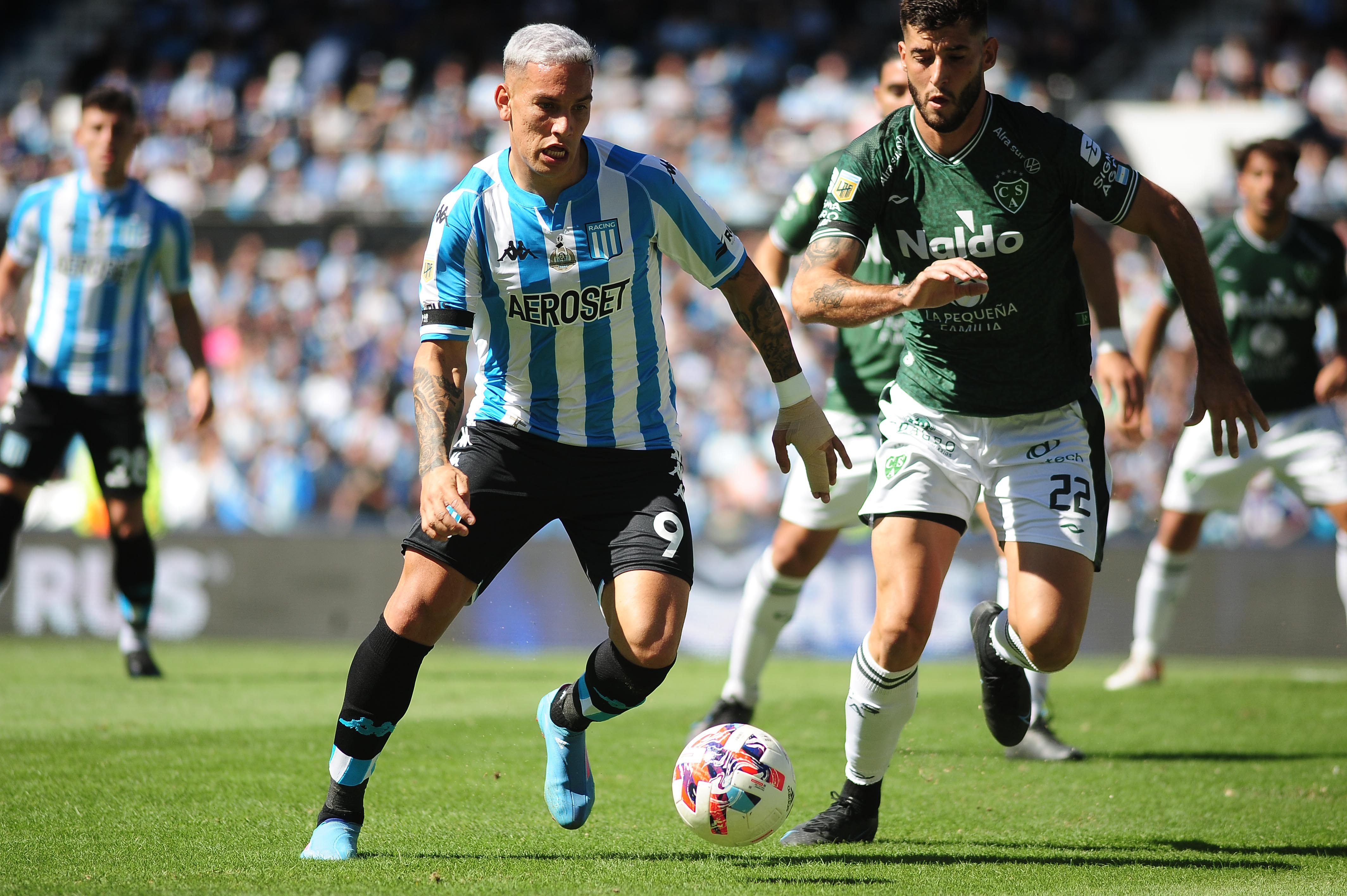 The Academy will seek its first away win in Junín

Racing visits Sarmiento de Junín, within the framework of the sixth date of the Professional Football League (LPF), with the idea of ​​reaffirming the recovery shown last weekend. The match is played at the Eva Perón stadium, with transmission of ESPN Premium and arbitration by Pablo Echavarría.

The academy He has nine points in the championship and comes from crushing Aldosivi from Mar del Plata in Avellaneda, with a superlative level of the trident formed by Emiliano Vecchio, Johan Carbonero and Enzo Copetti.

Fernando Gago’s team was reunited with its best version with the arrival of Vecchio, who is seen to be completely changed in physical appearance compared to what was seen in Rosario Central; Carbonero, who gave him offensive weight and imbalance in one-on-one; and the presence of Copetti as a scorer and Tomás Chancalay and Leonel Miranda as drivers.

Racing is the third team with the highest percentage of possession of the ball (63.20 percent) and faces Sarmiento (38 percent), the last in the table. For this reason, the trend in the preview of what the development will be seems to be quite predictable, with a local team possibly defending with many people in their own field and waiting for a quick exit for their forwards Lisandro López, an idol of Racing, and Jonatan Torres .

The question will be raised on how Racing will break that defensive lock, which in the Professional League Cup they suffered until they scored the tie and ended up flourishing with a 4-1 against their people. Also, The academy It has many players with an excellent punch from mid-range, so the way in which Sarmiento usually marks the set piece – especially the corner with eight players between the goal and the penalty mark – is a dangerous opportunity.

And to his credit, he Verde is one of the teams that most crowds commits per game, with a total of 75 and the one who accumulates the most yellow cards (20) in the championship. Therefore, Racing will have several possibilities from that aspect of the game to break the zero.

Sarmiento, for his part, has 7 points in the championship but needs to add at home to increase the average and dream of staying in the First Division.

These days, Damonte tried a double scheme: 5-3-2 and 4-4-2. It is that the DT thought about how to oppose the three points with which Racing attacks at times and at the same time he knows that without Julián Brea he loses explosion in the middle zone to quickly reach the rival goal.

Racing dominates the record with eight wins, three draws and one loss, between the clashes in the First and First B.

He was an idol of Racing and San Lorenzo, he retired at the age of 31 and left football: today he manages ten service stationsSergio Batista and his National Team history: from the day he almost got off the 86 World Cup feat to the unexpected ” Bilardo effect” that he took homeIt emerged from Boca, shone in San Lorenzo and bears a curious mark: “I am the player with the best goal record in Madrid and Barcelona”