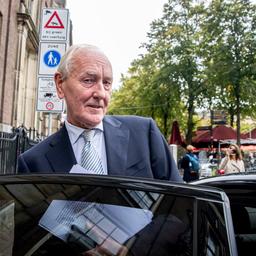 Johan Remkes has been appointed as mediator who has to lead discussions with farmers and politicians. The House of Representatives had asked for such a mediator because of the fierce reaction from the agricultural sector to the far-reaching nitrogen plans. Various farmers’ organizations question the usefulness of a mediator.

Remkes will start preparing from 13 July. The idea is that the talks between the cabinet, local authorities, the agricultural sector and other stakeholders will start in the second half of August, agriculture minister Henk Staghouwer and minister for Nature and Nitrogen Christianne van der Wal write in a statement. letter to the Chamber.

VVD member Remkes was still an informer in the cabinet formation at the end of last year. Remkes has a past as State Secretary for Housing, Spatial Planning and the Environment and was also Minister of the Interior and Kingdom Relations.

Remkes is also no stranger to the nitrogen dossier. He led a committee that wrote two important reports on the nitrogen approach. In it he advised, among other things, to keep targets (three quarters of the protected nature below the critical nitrogen limit and halving nitrogen emissions) that some of the farmers are now opposing.

Bart Kemp of farmers’ action group Agractie calls the flying in of Remkes “nonsense” on Sunday. “He has no confidence in the sector,” said Kemp.

Agractie has previously mentioned Elbert Dijkgraaf as someone who could take on this role, says Kemp. But the organization would rather talk directly with Van der Wal or Prime Minister Mark Rutte.

Agractie argues that consultation only makes sense if the content of the proposed nitrogen policy is under discussion. And that is not the case, according to Kemp. “We don’t feel like having a tea party,” says Kemp. In addition, he calls the intention that a mediator will start holding talks in the second half of August “richly late”.

Farmers Defense Force is also skeptical. “I do not understand what the purpose of this exercise is,” writes vice-chairman Jos Ubels in a response to the ANP news agency.

“The cabinet is making blunder after blunder and now they are sending out a mediator who must enter into the conversation unilaterally without being allowed to alter the goals,” writes Ubels. “I wonder what should be said in such a conversation.”

He also wonders whether farmers will be willing to sit down with Remkes “for Piet Snot”. Ubels: “I certainly don’t.”

LTO: ‘Not involved in choice but open for discussion’

Agriculture and Horticulture Organization The Netherlands was not involved or known in the choice of Remkes, but is open to a discussion. The organization of entrepreneurs in the agricultural sector states that it is crucial during a meeting that the “real pain points” can be discussed with the mediator and the cabinet. “So about the goals, the timeline and the way in which reductions can be achieved. If there is not that space, then a conversation simply makes no sense.”

LTO Nederland also notes that contrary to a proposal from former minister Veerman and the House of Representatives, the cabinet is now talking about a discussion leader. “In accordance with parliamentary debate and our own wishes, we assume a mediator and associated assignment.”